Looking west on Sutter Street from Grant Avenue in San Francisco, in the aftermath of the April 18, 1906 earthquake. Image courtesy of the Library of Congress, Detroit Publishing Company Collection. 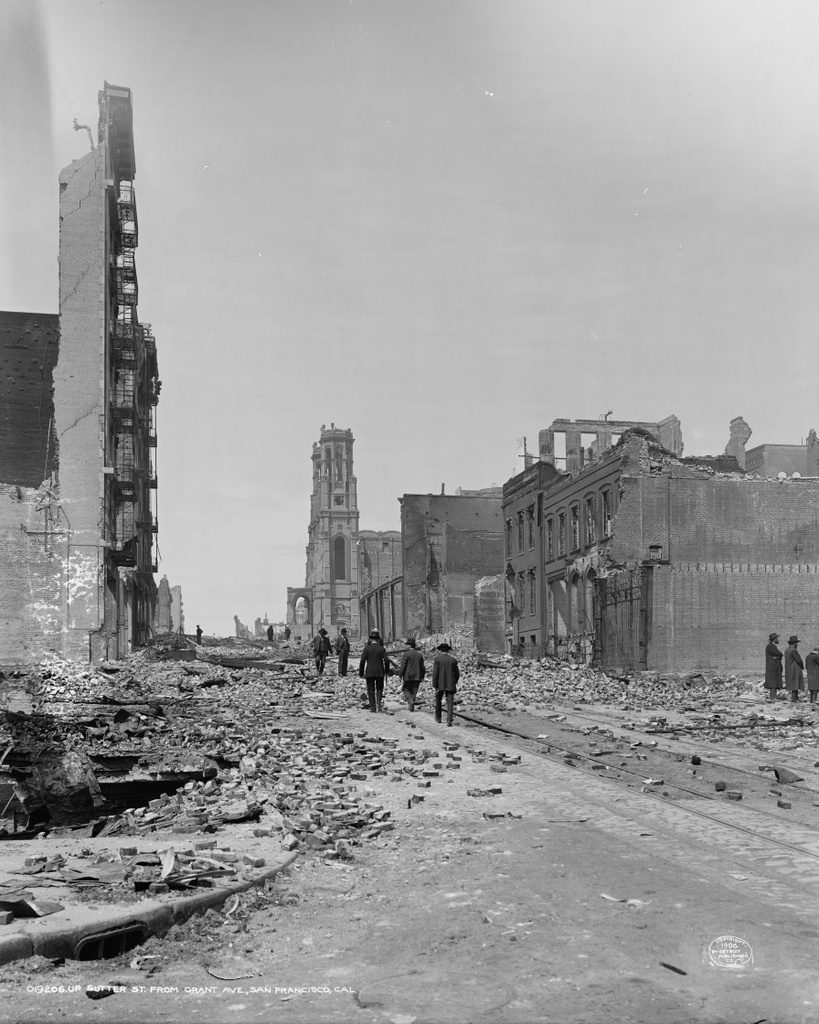 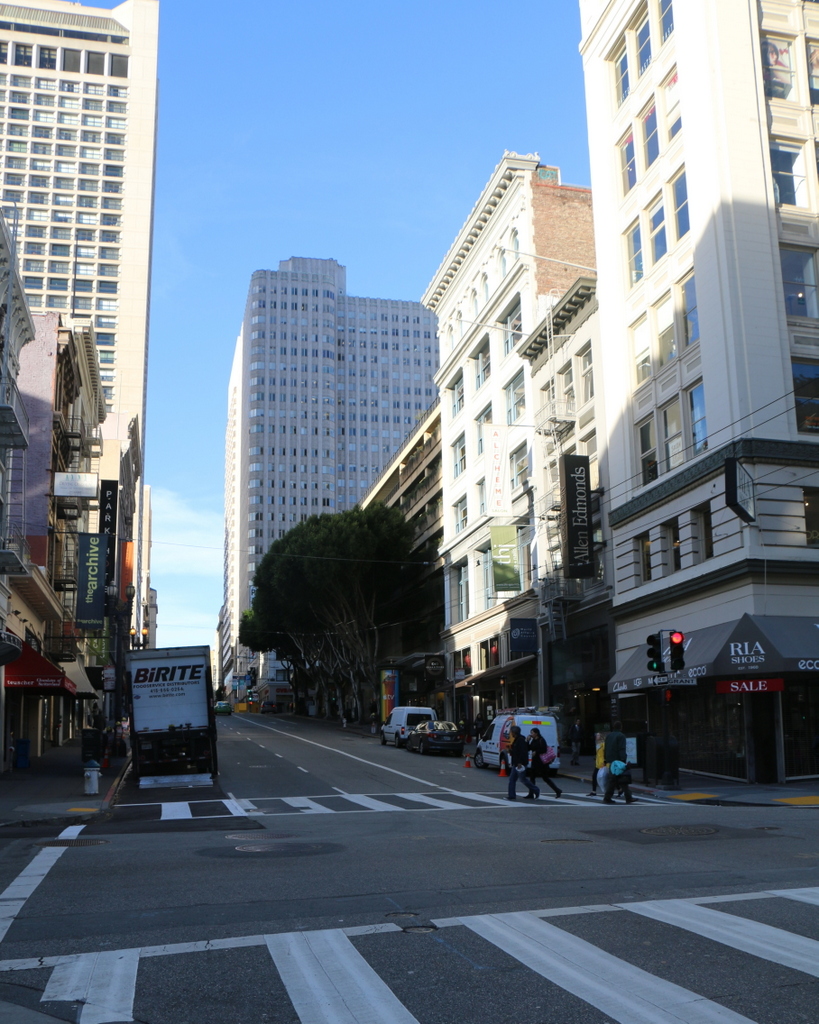 The scene in the first photo is typical of what so much of San Francisco looked like after the 1906 earthquake and the subsequent fires. All of the buildings in this scene were completely destroyed, and the photo was probably only taken a few days after the disaster, because the street is still covered in debris. The people in the photo are walking carefully along the cable car tracks in the middle of the street, stepping over bricks and charred pieces of wood. One of the men in the distance is wearing a sailor’s uniform; he was probably one of the many naval personnel who assisted in the firefighting efforts for three days after the earthquake.

The most prominent building in the first photo is the Temple Emanu-El, located in the center of the photo. It was home to the oldest Jewish congregation in the western part of the country, and although the two tall towers survived the earthquake, the building was gutted by fire. The congregation later relocated to the western part of the city, and here on Sutter Street everything was completely rebuilt. Today, nothing pre-earthquake appears to have survived, but some of the buildings in the foreground probably date back to the reconstruction in the immediate aftermath of the disaster.