Looking south on Fifth Avenue from 36th Street, around 1910-1915. Image courtesy of the Library of Congress, Detroit Publishing Company Collection. 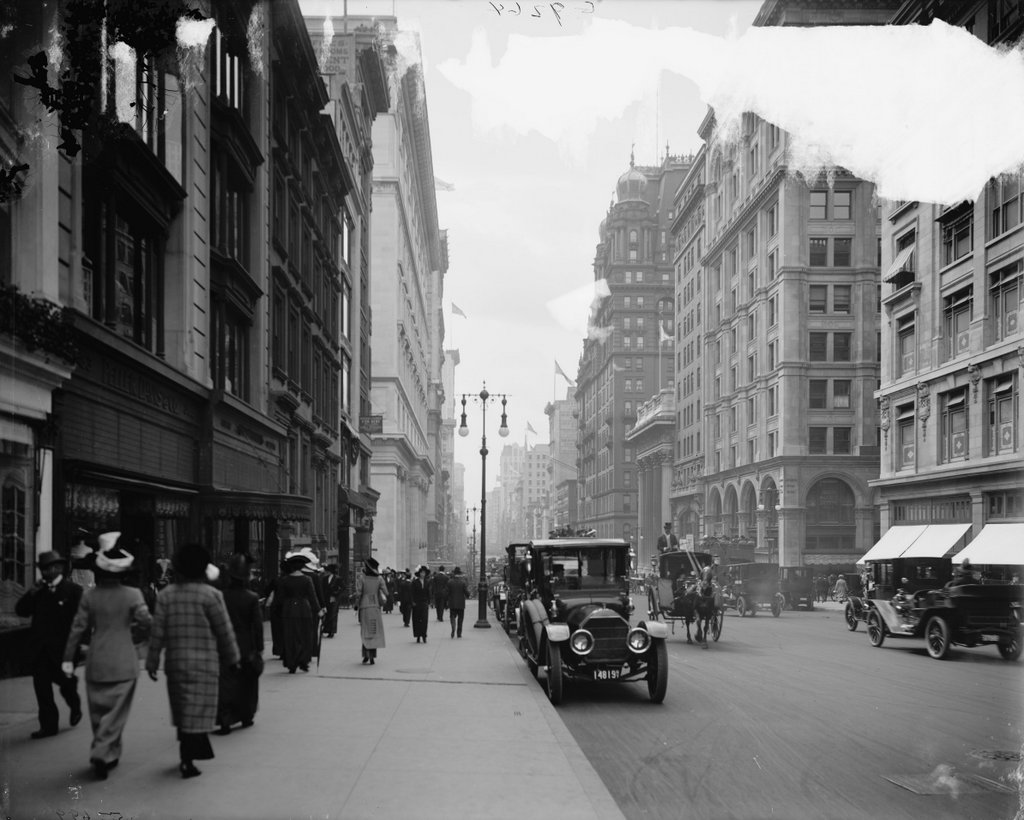 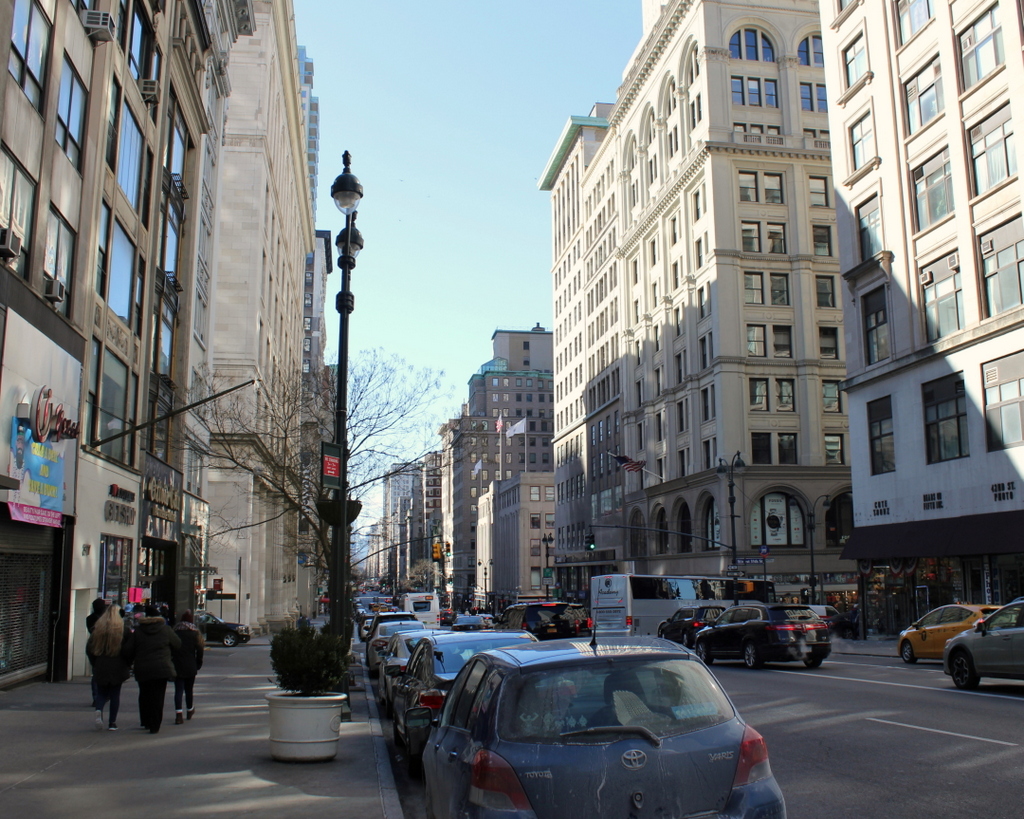 This view shows the same section of Fifth Avenue as this earlier post, just from the opposite direction. Like the photos in that post, it is remarkable how many buildings here are still standing over a century later. Most of the buildings here date back to the first decade of the 1900s, when this section of Fifth Avenue was becoming a major commercial district. To the right, at the corner of 35th Street, is the New York Accessories Exchange Building, which was built in 1907 and has had few exterior alterations since then. Across the street from it is the former B. Altman department store building, which was built in 1906 and is now used by the City University of New York. The one major building from the first photo that is not still standing, though, is the Waldorf-Astoria Hotel, located two block away on the right side. As mentioned in earlier posts, it was demolished in 1929 to build the Empire State Building.