The Fort Gilbert Monument at the corner of North Main and Winter Streets in West Brookfield, around 1902-1927. Image courtesy of the Longmeadow Historical Society, Emerson Collection. 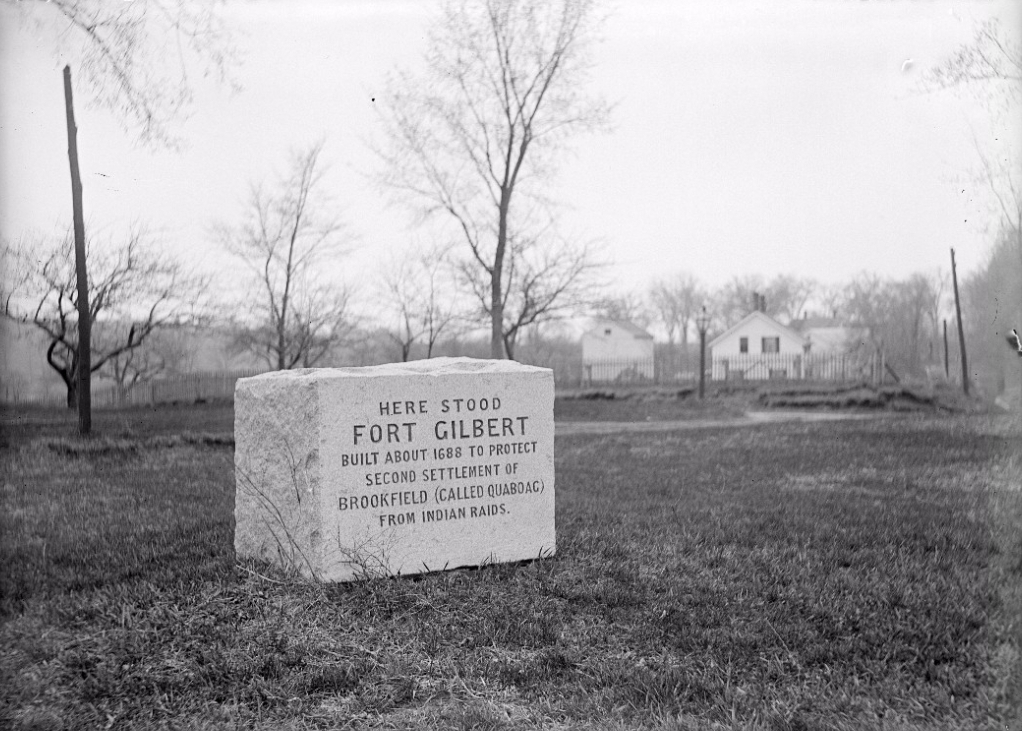 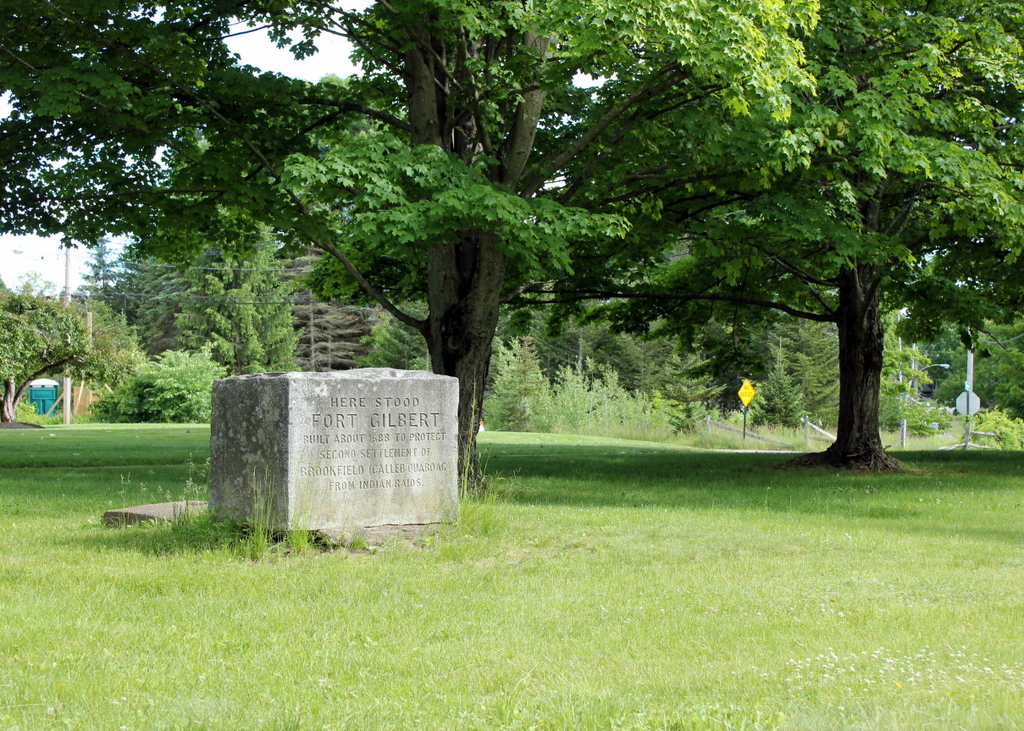 The town of Brookfield, which originally included present-day North, East, and West Brookfield, was first settled by Europeans in 1660 as the town of Quaboag. At the time, it was in a very isolated location in central Massachusetts, some 25 miles from the towns in the Connecticut River valley and twice as far from Boston and the other towns along the coast. Because of this, it was very vulnerable to an Indian attack, which occurred in 1675 during King Philip’s War. The town was destroyed and abandoned, with many of the settlers moving back to where they had previously lived.

Over a decade later, settlers returned, and this time they came better prepared for potential raids. They built four forts, including Fort Gilbert here in the western part of the town. It included barracks for soldiers and, if necessary during a raid, to house the families of the town, and it was surrounded by a stockade. The fort was still standing during the French and Indian War, although it was far removed from any battles, and some of its remains were still visible well into the 19th century.

Today, any evidence of the fort is long gone, but the site is marked with this simple monument, which was put here around 1900. It is located in a small park next to the West Brookfield Elementary School, on North Main Street just west of the town common.