The former Union House/Chandler Hotel building on the right side of the photo, around 1938-1939. Image courtesy of the Springfield Preservation Trust. 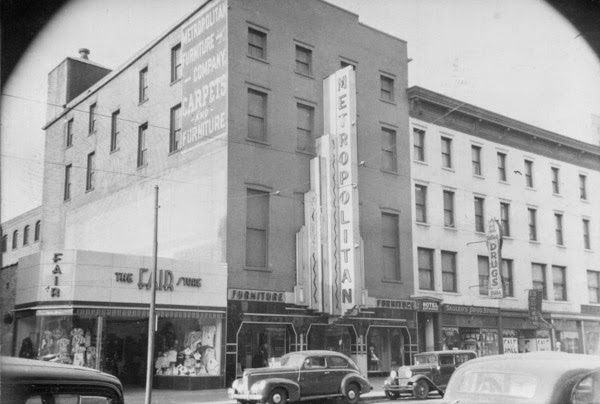 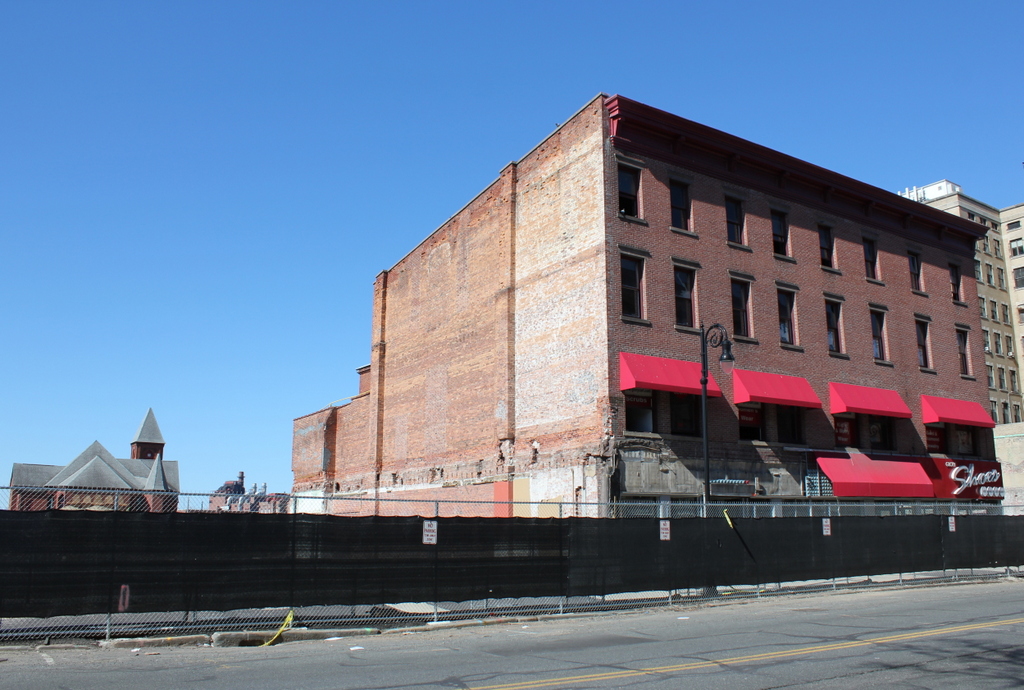 The building on the right side of this scene is one of the oldest existing commercial blocks in downtown Springfield, although much of it will soon be demolished as part of the MGM Springfield casino project. When it opened as the Union House in 1846 it was one of the finest hotels in the city, and it was built for Jeremy Warriner, who had previously operated a tavern a block away at the corner of Main and State Streets. His old tavern had been popular in the stagecoach days, but with the opening of the railroad a half mile away, his inconventiently located, colonial-era building faced stiff competition from modern hotels like the Massasoit House.

Here at the corner of Main and Bliss Streets, his new hotel was actually slightly further from the railroad, but it was at least in a modern building. Within a few years, the hotel had attracted some prominent guests, including President James K. Polk, who stayed overnight here in 1847, accompanied by future president James Buchanan, who was Secretary of State at the time. In 1849, author Sara Jane Lippincott, who wrote under the pen name of Grace Greenwood, visited the hotel and later raved about the quality of the meals here, explaining “I am not about to attempt a description of Warriner’s dinner, with their endless succession of delicious dishes, their inimitable sauces, and exquisite puddings and pastry. For this I have neither time nor talent sufficient.”

However, the Massasoit House continued to draw guests with its convenient location next to the railroad station, and “Uncle Jerry” and “Aunt Phoebe” Warriner retired from the hotel business a few years later. The building continued to be used as a hotel through several changes in ownership, and by the 1880s it had become Chandler Hotel, a name that would remain until it closed in 1933. During this time, the building was extensively renovated, to the point where very little is left from the original 1846 structure.

The first photo was taken soon after the hotel closed, and at the time the first floor was being used as a drugstore. Most recently, it was the home of Glory Shoes, but the upper floors have been vacant for years and are in poor condition. Most of the building will soon be demolished except for the Main and Bliss Street facades, which will be incorporated into the casino design. As for the other buildings in the first photo, the Metropolitan Furniture Company was one of several furniture companies that were once located in the South End. This building was either demolished or trimmed down to one floor at some point, because there was a one-story commercial building here that was demolished as part of the casino project, along with the one on the far left side of the first photo.