Looking west on Morgan Street from Market Street, in May 1906. Image courtesy of the Connecticut State Library. 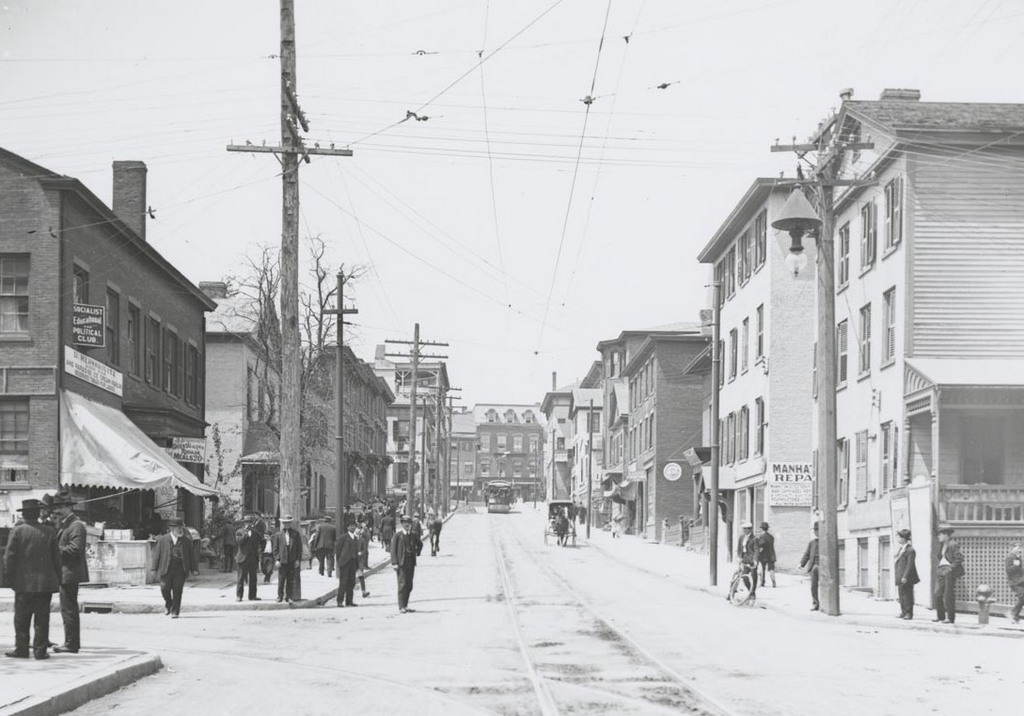 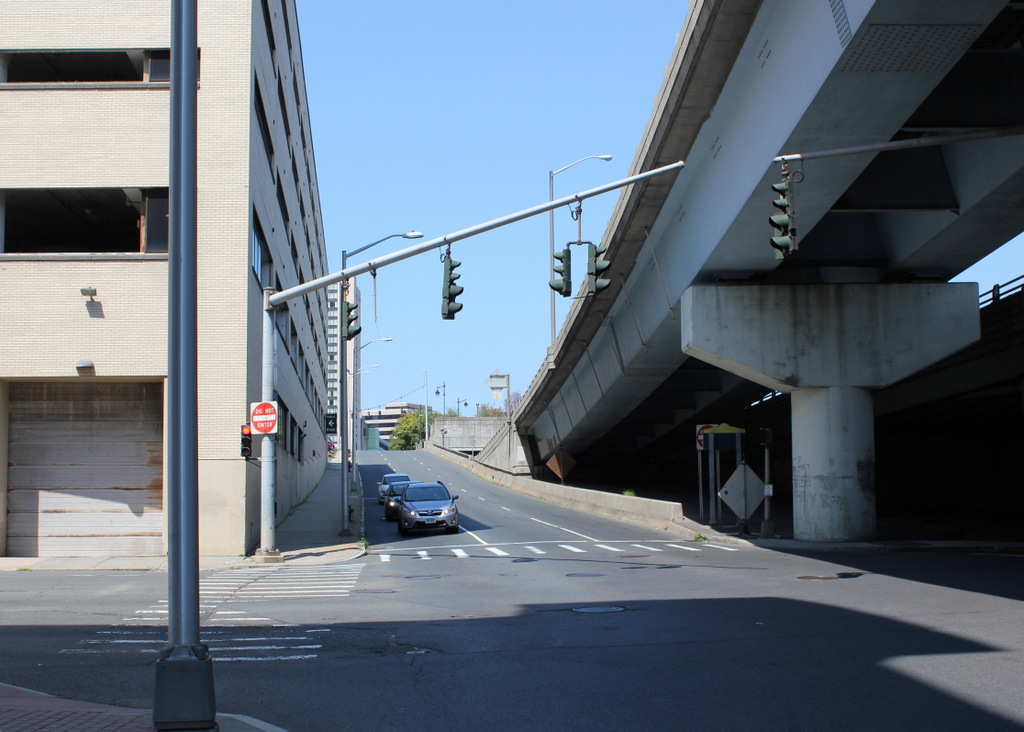 Like the view a little further east on Morgan Street, nothing is left from the first photo. Along with the other scenes of this neighborhood, the first photo shows a mix of architecture, dating as far back as the first half of the 19th century. By 1906, the street included some mid-19th century commercial buildings as well as several Greek Revival homes mixed in. Most of the signs are not readable with the photo resolution, but one on the far left indicates that the building was the home of the Socialist Educational Political Club.

Today, along with all of the buildings being demolished, even Morgan Street itself has been changed. In the first photo, it had trolley tracks running down the middle, but it now has an interstate highway in the middle. The street now consists of parallel eastbound and westbound sections, separated by Interstate 84. To the right in the 2016 photo is one of the highway ramps, connecting eastbound traffic on I-84 to northbound I-91.