The house at 210 Maple Street in Springfield, around 1938-1939. Image courtesy of the Springfield Preservation Trust. 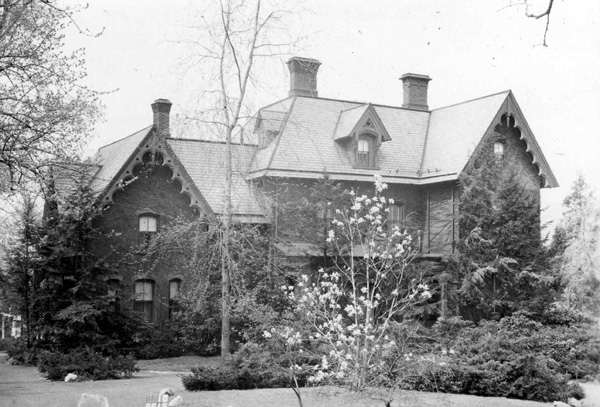 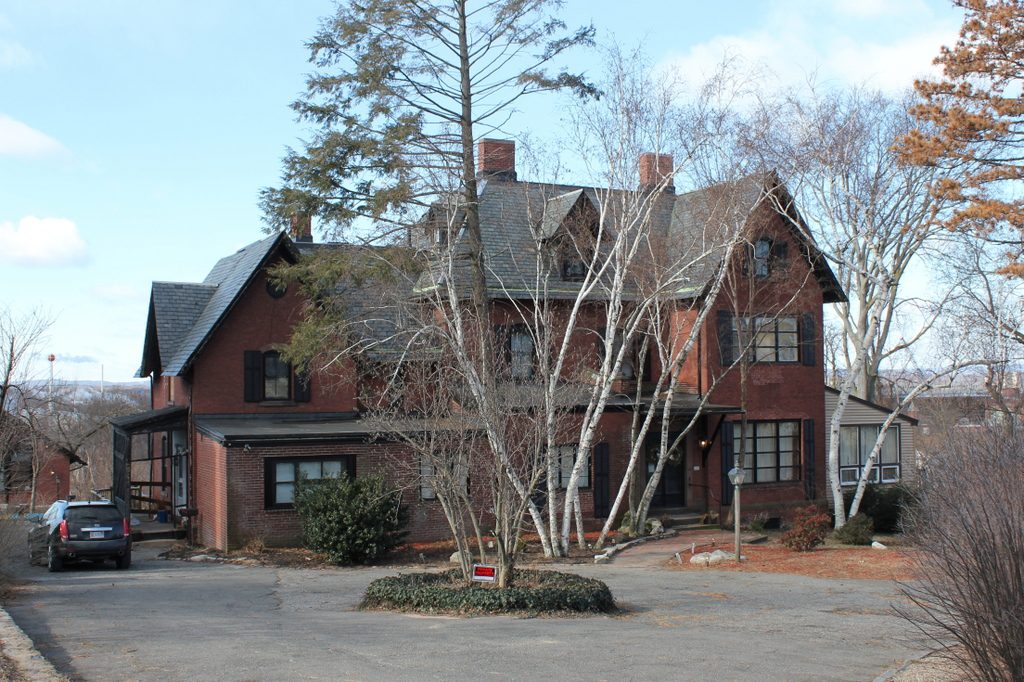 Most of Springfield’s wealthy 19th century residents earned their money through manufacturing, banking, insurance, or similar businesses. In this sense, James B. Hatch was somewhat of an exception. He was born in Springfield in 1815, but when he was 15 he left to become a sailor, starting out as a third mate before eventually becoming a ship captain and owner. On one of his early voyages as a third mate, one of the crew members was Richard Henry Dana, Jr., who later wrote his famous memoir, Two Years Before the Mast, based on this journey. Dana mentioned Hatch several times throughout the book, writing that:

The third mate, Mr. Hatch, a nephew of one of the owners, though only a lad on board the ship, went out chief mate the next voyage, and rose soon to command some of the finest clippers in the California and India trade, under the new order of things,— a man of character, good judgment, and no little cultivation.

As a ship captain, Hatch made a number of voyages to and from California. The discovery of gold in 1848 was particularly profitable for Hatch, whose clipper ships transported prospectors and supplies to San Francisco in the ensuing years. There were challenges to captains like Hatch, though. The tantalizing lure of instant riches caused many sailors to desert upon reaching San Francisco, making it difficult to find enough crew members for the return voyage.

Captain Hatch retired in the early 1870s, and in 1874 he moved into this house on Maple Street. It was designed and built by Chauncey Shepard, a prolific master builder who was constructing the Loomis House next door at around the same time. Although its architecture is not a distinct as that of the Loomis House, the Hath House definitely matches its neighbor, with a similarly brick exterior and Gothic-style appearance.

Along with his wife Clarissa, Captain Hatch also lived here with their only child, Mabel. In 1879, she married Charles Tremain, a paper manufacturer from New York, but she died of complications from a pregnancy just two years later. To add to the tragedy, Clarissa died the following day. Her cause of death was listed as pneumonia, but her daughter’s untimely death was probably a contributing factor as well.

Captain Hatch lived here until his death in 1894, and the house was inherited by Charles Tremain. In the 1910 and 1920 censuses, it was owned by Clifford D. Castle, a grocer who also served on the Board of Aldermen for several years. Another former alderman, H. Goodman Waters, owned the house by 1930, but died shortly after the census was taken. His family continued living here for some time, but by 1940 it was being rented out for $75 per month.

When the first photo was taken, the house still had much of its original Gothic detail, including the decorative bargeboard under the gables of the roof. The bargeboard now gone, and there have been several other exterior alterations, including a one-story addition on the left side of the front. Like the rest of the neighborhood, the house was damaged in the June 1, 2011 tornado, but it survived and still stands as one of many 19th century mansions on Maple Street. Along with the other houses in the area, it is a contributing property in the Ames/Crescent Hill District on the National Register of Historic Places.