The house at 270 Maple Street in Springfield, around 1938-1939. Image courtesy of the Springfield Preservation Trust. 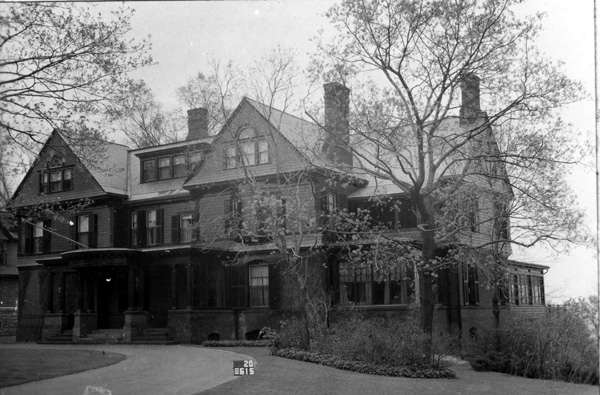 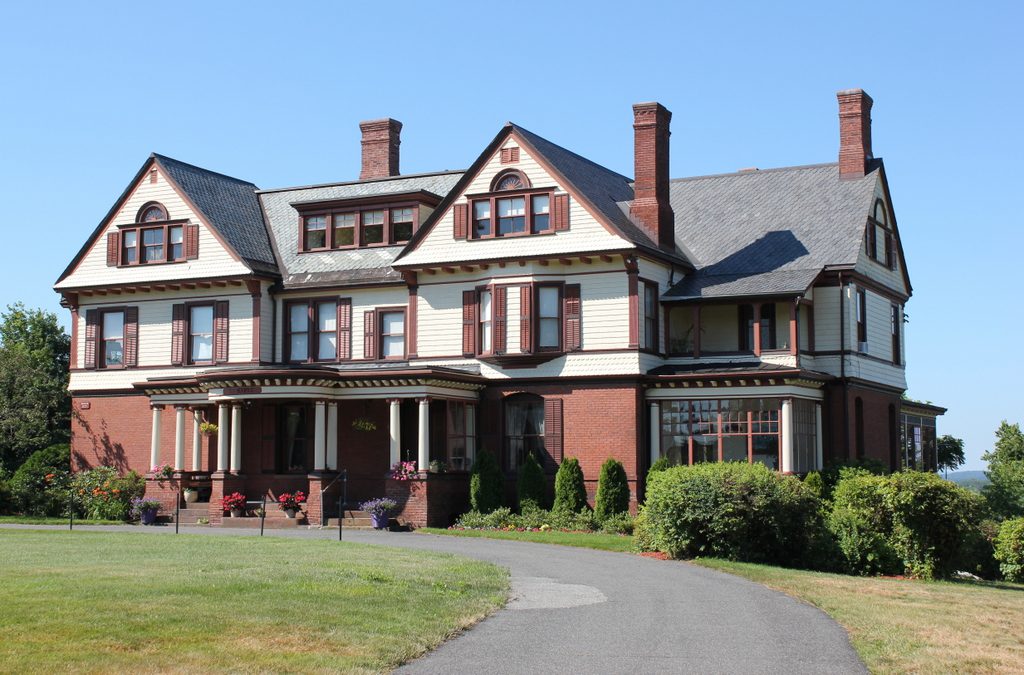 Frederick Harris and Emily Osborne were married in 1879, and shortly afterward they moved into this new house near the crest of the hill on Maple Street. Frederick was the son of Frederick H. Harris, a banker who came to Springfield in 1838 at the age of 15 and found work as a bank clerk. After a few years, the elder Frederick began working in the lumber industry, but later returned to banking as the cashier of Pynchon Bank. In 1864, he joined Springfield’s Third National Bank as cashier, and became the company president in 1886.

Emily, however, came from an even more prominent family. Originally from Auburn, New York, her father David was a prominent businessman and mayor, but her family was even better know for social activism. Her grandmother, Martha Coffin Wright, and her great aunt, Lucretia Coffin Mott, were both leaders of the abolitionist and women’s rights movements, and her brother, Thomas Mott Osborne, was the warden of Sing Sing and an influential prison reform advocate. Her sister, Helen Osborne Storrow, was a wealthy philanthropist, and Helen’s husband was James Jackson Storrow II, a Boston businessman who briefly served as president of General Motors in the company’s early years.

The younger Frederick Harris followed his father’s footsteps as a banker, starting out as a messenger for Third National in 1871. He steadily advanced in the bank, though, and eventually became vice president and then president, succeeding his father after his death in 1911. In addition, he was also active politically, and served as an alderman and as a member of the school committee. When the house was completed, it was considerably smaller than its current appearance. The first major expansion came in 1886, followed by the addition of a ballroom in 1900, bringing the house to over 10,000 square feet of living space.

Frederick and Emily had two children, Florence and Helen, but they were hardly the only residents of this house. Like other wealthy families of the era, they regularly employed multiple servants who lived here. In the 1900 census, they had three, and by 1910 they had four: a housekeeper, waitress, cook, and laundress. Florence moved out after her marriage in 1907 to Frederic Jones, and the couple later moved into a nearby house on Maple Street. Like his father-in-law, Frederic Jones would later go on to serve as president of Third National Bank.

By 1920, Frederick and Emily were living here alone, aside from their army of servants. Frederick died in 1926, and two years later he was memorialized in the naming of the Frederick Harris School, an elementary school on Hartford Terrace in the East Forest Park neighborhood. Emily was still living here when the first photo was taken, and she died in 1940, some 60 years after she first moved in. Since then, the house has remained well-preserved on both the exterior and interior. It was damaged in the June 1, 2011 tornado, but was restored and remains as an important part of the Ames/Crescent Hill District on the National Register of Historic Places.