The house at 34 Mulberry Street in Springfield, around 1938-1939. Image courtesy of the Springfield Preservation Trust. 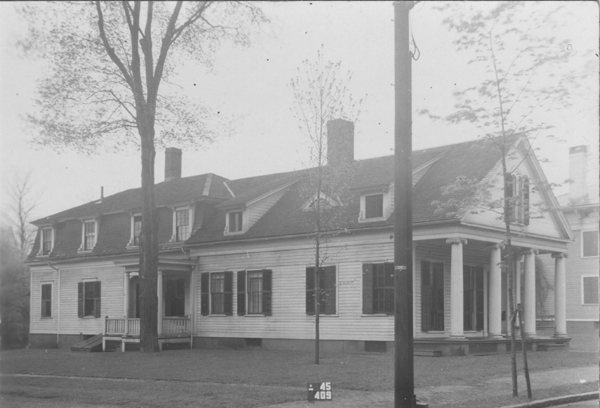 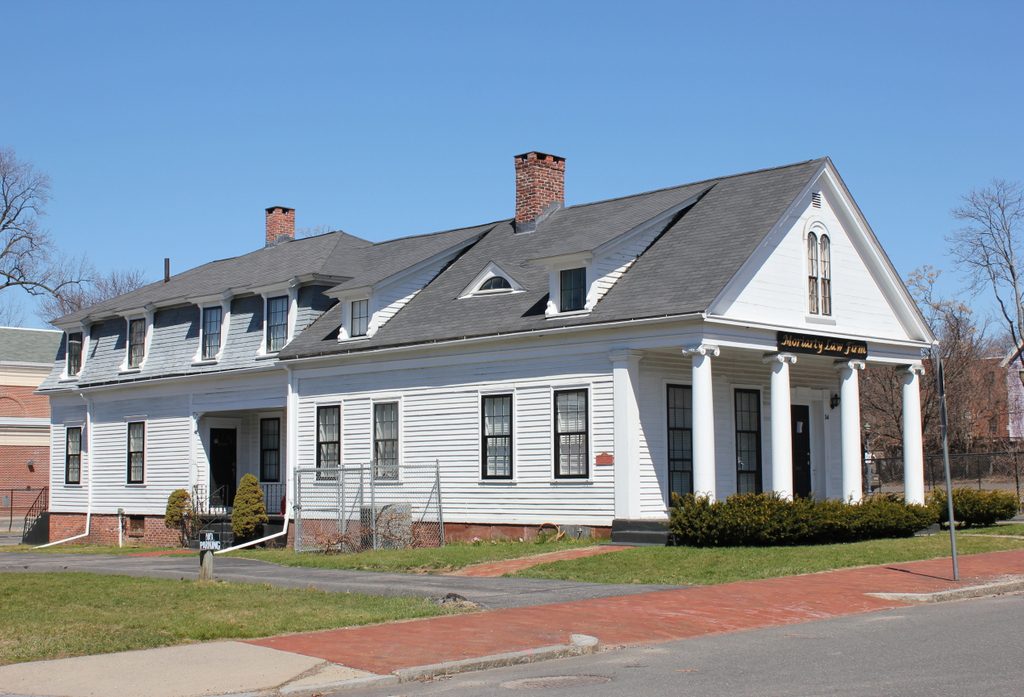 This house was one of many in Springfield that were designed and built by Simon Sanborn in the first half of the 19th century. Although not as grand in size or appearance as some of his other homes, such as the Alexander House, this house is one of his few surviving works. It was built in 1840, and features prominent Greek Revival-style portico, complete with four columns. The rear section of the house, with its Second Empire-style mansard roof, appears to have been added later, probably around the 1870s.

The original owner was John Bunker, who was a former ship captain. There is little available information about him or his time at this house, and by the late 1850s the house was owned by Robert G. Shumway, a jewelry manufacturer. He lived here with his wife Julia and their four daughters, Julia, Lucy, Helen, and Abby, until his death in 1880. However, the house remained in his family for many decades. His two younger daughters, Helen and Abby, never married, and they lived here together until Helen’s death in 1930. Abby was still living here when the first photo was taken in the late 1930s, and she remained here until her death in 1947 at the age of 87, some 90 years after her father had first purchased the home.

In the years since the first photo was taken, most of the surrounding homes have since been demolished, and the Milton Bradley School now takes up much of the block. The school’s parking lot surrounds the former Shumway property on three sides, but the old house still stands. Its exterior has not changed much in the past 80 years, and it still retains its unusual combination of a Greek Rrvival columned portico and a mansard roof. As the sign in the 2017 photo indicates, though, it is no longer a single-family home, and is instead used as a law office.