Looking north on Maple Street from the corner of Mulberry Street in Springfield, sometime around the early 1900s. Image courtesy of Jim Boone. 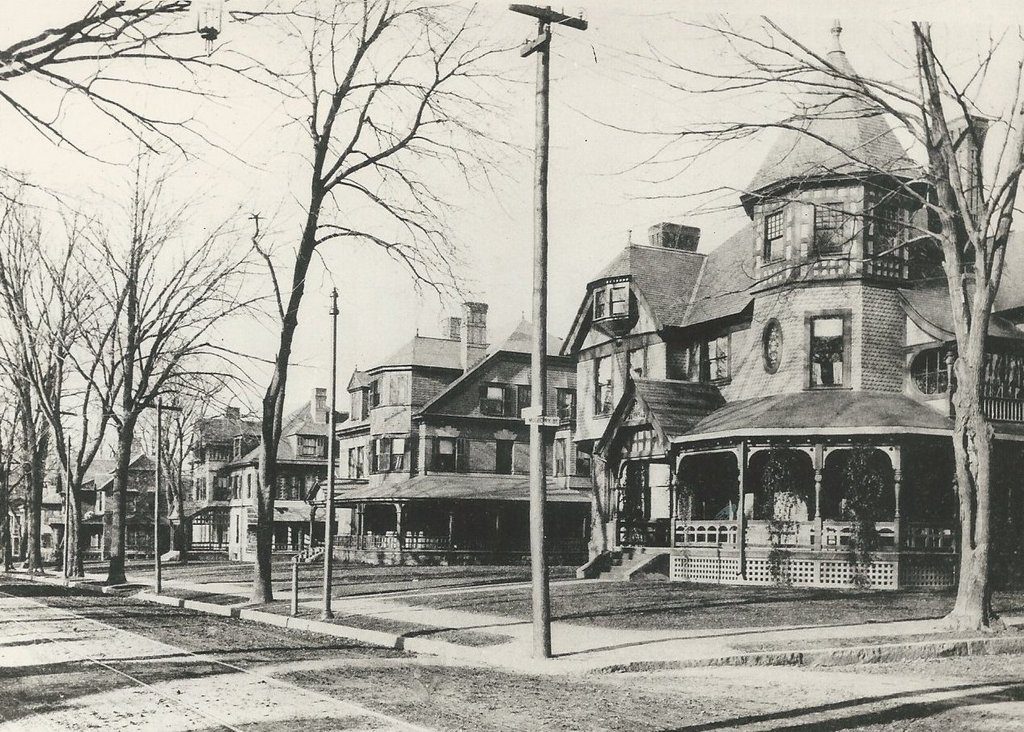 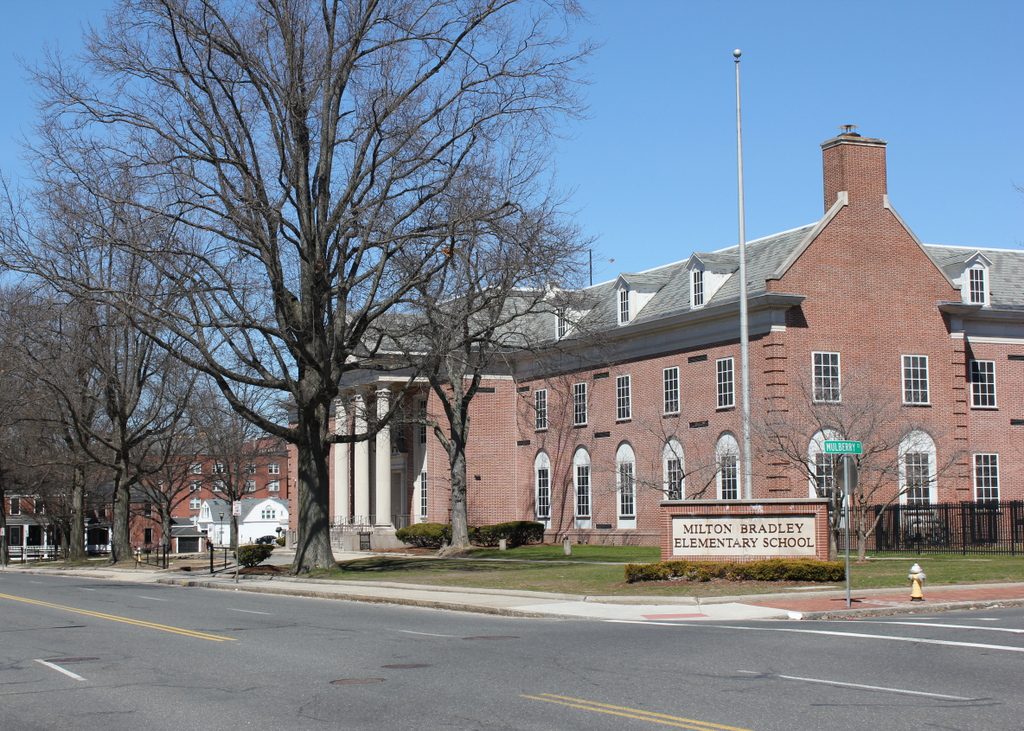 In the second half of the 19th century, the section of lower Maple Street between State Street and Central Street featured some of the finest homes in the entire city. Most of these homes are now gone, but the first photo shows the street as it appeared around the turn of the 20th century, when many of Springfield’s prominent residents lived here. The four houses seen here, between Mulberry and Union Streets, were built in the late 1800s, and were, starting in the foreground, house numbers 127, 111, 95, and 89.

All four of these homes survived well into the 20th century, but they were all demolished by 1965, when the current building was built on the site. It was originally offices for the Insurance Company of North America, but it was later sold to the Milton Bradley Company, who used it as their corporate offices. However, in 1984 Milton Bradley merged with Hasbro, and the following year its offices were moved to East Longmeadow, leaving this building vacant. In the early 1990s, it was sold to the city, expanded, and is now the Milton Bradley Elementary School.