The house at 331 North Main Street in Suffield, around 1934-1942. Image courtesy of the Connecticut State Library. 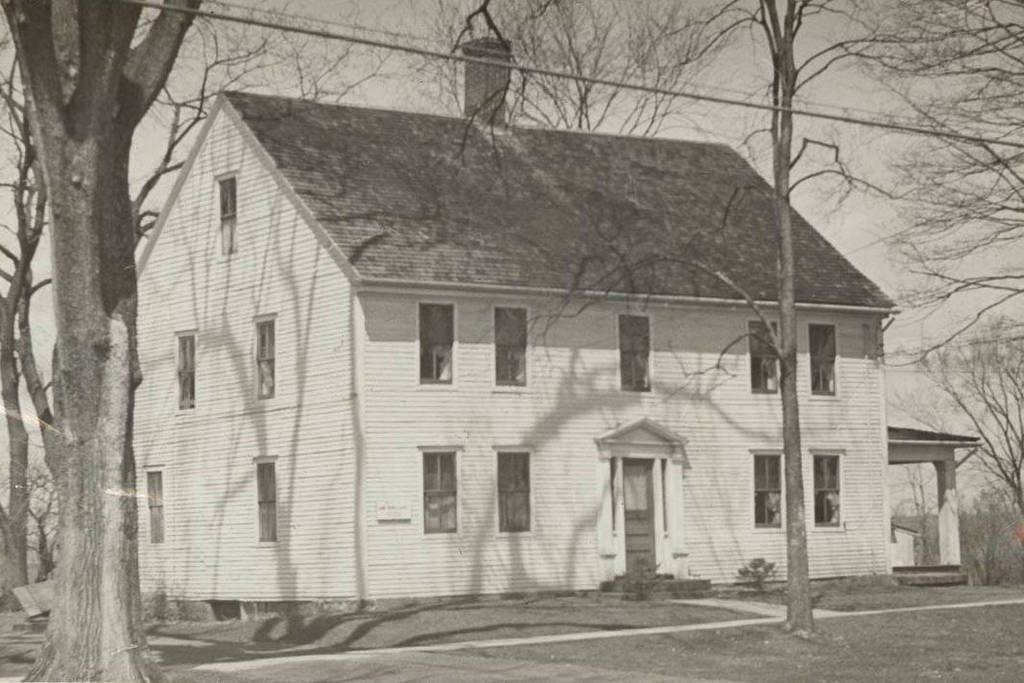 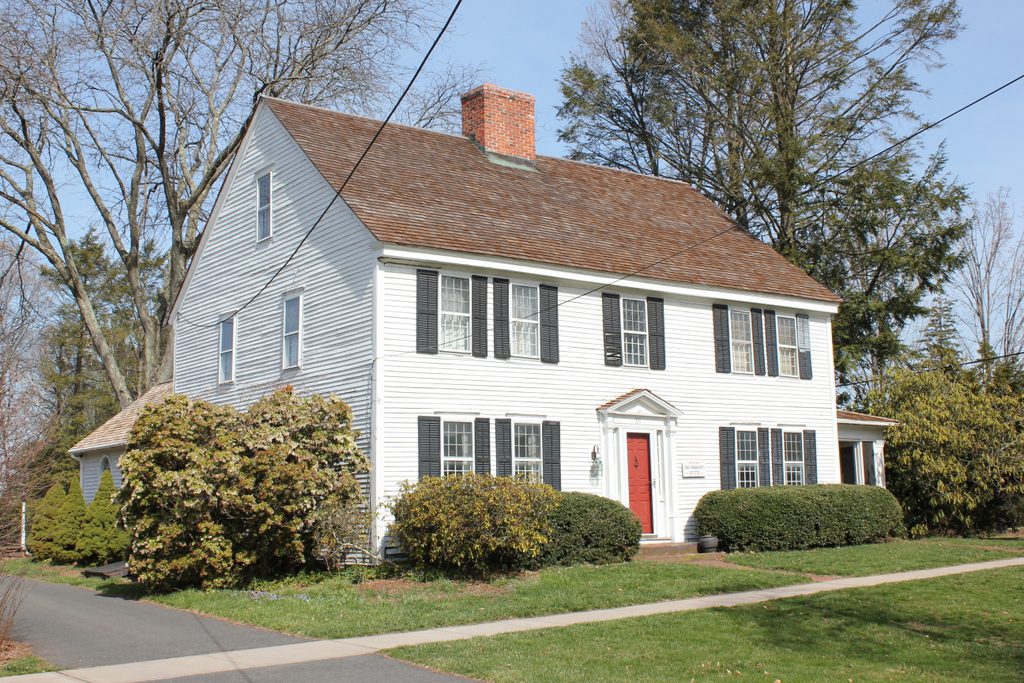 Thaddeus Leavitt was a merchant who was born in Suffield in 1750. In 1773, when he was 23, he married Elizabeth King, and the couple moved into this newly-built house that same year. Here, they raised their two children, who were also named Thaddeus and Elizabeth, and the elder Thaddeus became one of the town’s leading citizens. He served as a selectman and a justice of the peace, and his business prospered as well. In addition to running a store here in Suffield, he also had an ownership stake in a number of merchant ships, which carried goods to and from distant places such as the West Indies.

By the 1790s, Leavitt was a wealthy man, and he joined a group of other Suffield men who invested in western land. In the colonial era, Connecticut had, like many other colonies, been granted boundaries that extended from sea to sea. Although practically speaking they exercised no control over most of this land, Connecticut held claim to it until 1786, when they ceded most of it to the Federal government, retaining only the land in present-day northeastern Ohio. Known as the Western Reserve, the state of Connecticut sold much of this land to private investors, including the Connecticut Land Company, of which Leavitt was a partner.

Connecticut eventually abandoned its claim to the Western Reserve in 1800, and three years later the land became part of the newly-established state of Ohio. However, the legacy of the Connecticut Land Company has survived. There is Leavittsburg, which is named for Thaddeus’s family, and Trumbull County, which is named for Connecticut governor Jonathan Trumbull. However, the most recognizable name is probably that of the land company’s leader, Moses Cleaveland, for whom the region’s largest city was named.

Soon after the Western Reserve became part of Ohio, Leavitt became involved in another land-related issue, this one much closer to home. Since the early colonial days, Massachusetts and Connecticut had disputed the location of the border between the two states. The border was initially supposed to be a line due west from three miles south of the southernmost bend of the Charles River, and in 1642 a Massachusetts surveying crew marked this border. However, their line was several miles south of where the true border should have been, and for many years Massachusetts claimed the towns of Suffield and Enfield, along with other land in the area.

By the end of the 18th century, this dispute had mostly been resolved, with Connecticut taking control of Suffield and Enfield,  but Southwick remained a sticking point because its town borders straddled the line between the two states. In 1804, Leavitt was part of a commission that sought to reach an agreement between the two states. Massachusetts did not want to cede control of the portion of Southwick that was south of the true border, so the states ultimately agreed to split it, with Massachusetts taking the everything west of the Congamond Lakes, and Connecticut taking the land east of the lakes. This compromise created the “Southwick Jog,” which to this day remains an unusual feature of the otherwise mostly straight border between the two states.

Thaddeus Leavitt died in 1813 at the age of 52, and Elizabeth died in 1826. However, many of their descendants went on to achieve prominence in the late 19th century. Thaddeus, Jr., who built his own house nearby in 1800, had a daughter, Jane, who married Vermont Congressman Jonathan Hunt. Jane and Jonathan’s children included artist William Morris Hunt, photographer Leavitt Hunt, and, most notably, architect Richard Morris Hunt, who designed The Breakers in Newport along with countless other mansions of the Gilded Age.

Although Leavitt was a very wealthy man for his time, his plain, relatively modest home certainly pales in comparison with the mansions that his great-grandson would go on to build a century later. However, the house is still standing, and is one of many similar historic 18th century homes in the center of Suffield. Along with the other houses in the area, it is now part of the Suffield Historic District, which was added to the National Register of Historic Places in 1982.