The house at 281 North Main Street in Suffield, around 1935-1942. Image courtesy of the Connecticut State Library. 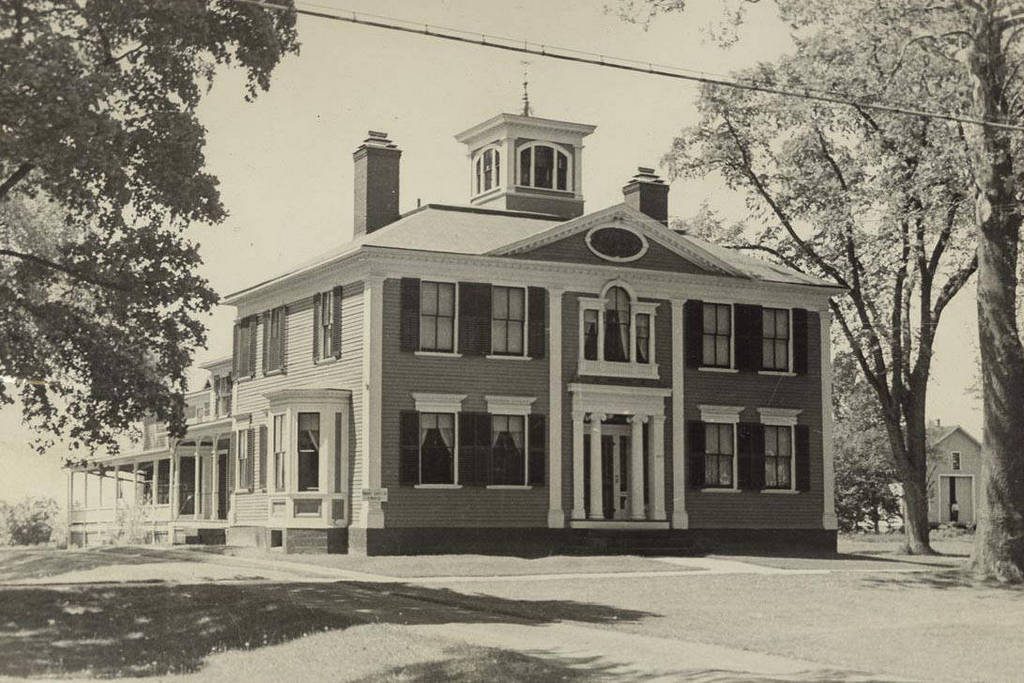 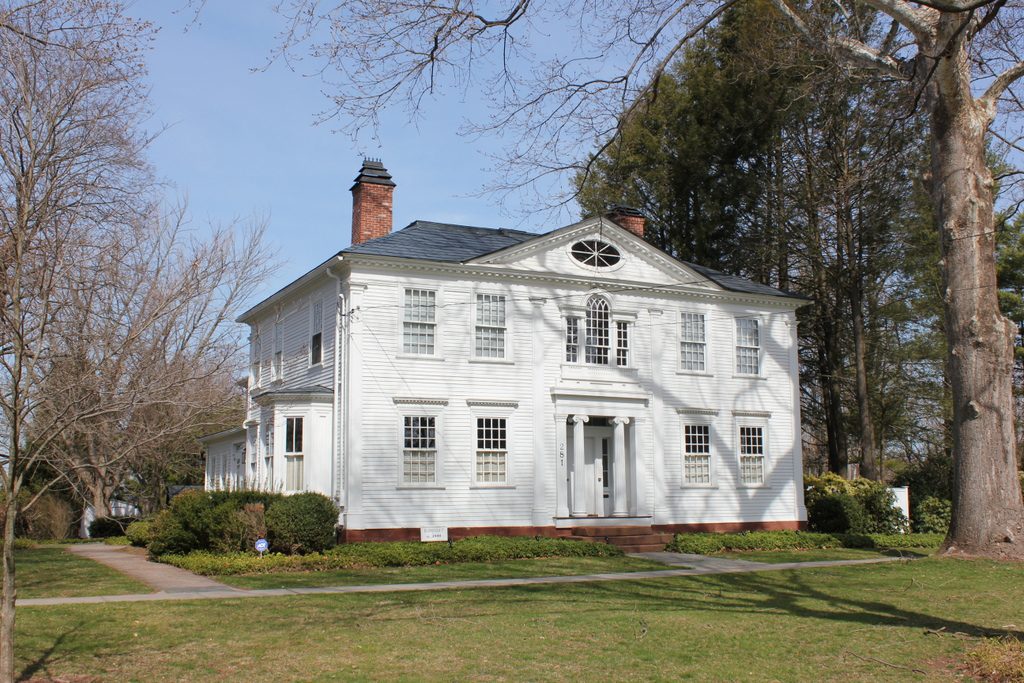 Thaddeus Leavitt, Jr. was the son of Thaddeus Leavitt, a prominent merchant and landowner whose own house was located just a short walk to the north of here. Unlike his father’s relatively plain, Colonial-era home, though, the younger Thaddeus’s house reflects the more ornate Federal-style architecture that had come into popularity in the late 1700s. The house was built around 1800, when Thaddeus was just 22 years old, and it is remarkably similar to the Gay Mansion, which was built across the street from here just five years earlier.

In 1801, shortly after the house was completed, Thaddeus married his wife, Jemima Loomis, and they went on to raise their four children here. Like his father, Thaddeus was a merchant with a store in Suffield, and he is also referred to in historic documents with the title of Colonel, so he probably served as an officer in the state militia. However, also like his father, he died relatively young, in 1828 at the age of 50. Jemima outlived him by nearly two decades, until her own death in 1846.

In the meantime, Thaddeus and Jemima’s oldest child, Jane, married Jonathan Hunt, a lawyer in Brattleboro, Vermont. He was the son of former Lieutenant Governor Jonathan Hunt, and he went on to have a successful political career of his own, serving in Congress from 1827 until his death from cholera in 1832. He was only 44 when he died, leaving Jane with five young children.

Three of these children, who were the grandsons of Thaddeus Leavitt Jr., would go on to achieve fame as artists in the second half of the 19th century. Their oldest, William Morris Hunt, studied art in Paris, and became a prominent painter in Boston until his death in 1879. Jane’s third son was Leavitt Hunt, a photographer whose work included some of the earliest known photographs of the Middle East, which were taken in the early 1850s. However,  probably the most notable of Thaddeus Leavitt’s descendants was Jane’s second son, Richard Morris Hunt. He was one of the leading American architects of the late 19th century, and was particularly well-known for designing a number of Gilded Age mansions, including The Breakers in Newport.

At some point, probably in the mid-19th century, Thaddeus Leavitt’s former mansion was renovated, bringing it in line with architectural tastes of the era. It took on a more Italianate-style appearance, with new features such as a cupola on the top of the house. The bay window on the left and the porches on the back part of the house were also probably added during this time, and they can be seen in the first photo, which was taken as part of a WPA survey to document historic architecture in Connecticut.

In the 80 years since the first photo was taken, the house has been restored to a more Federal-style appearance, including the removal of the cupola. The exterior is also painted plain white, as opposed to the multi-color paint scheme that is seen in the first photo. Along with the other nearby homes, it is now part of the Suffield Historic District, which was added to the National Register of Historic Places in 1982.