The house at 54 Bowdoin Street in Springfield, around 1938-1939. Image courtesy of the Springfield Preservation Trust. 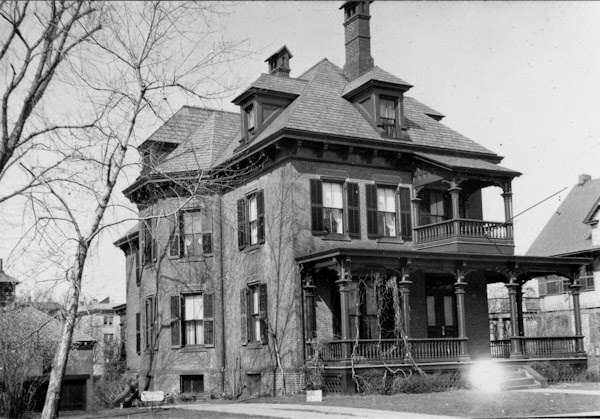 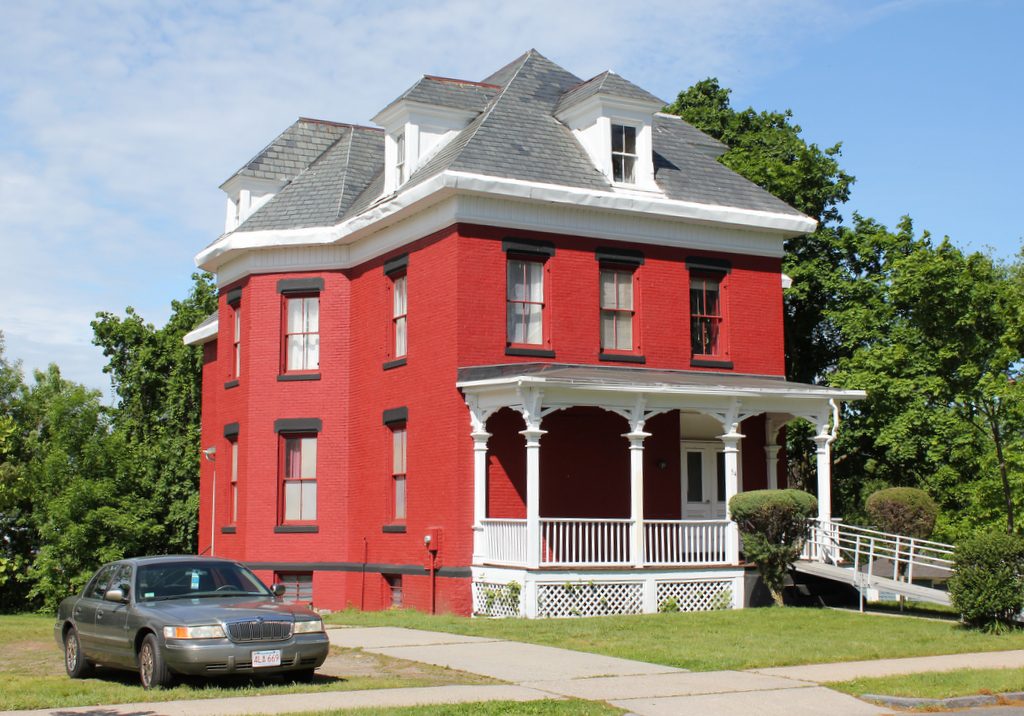 Andrew J. Wright was born in Enfield, Connecticut in 1842, but in 1849 he and his parents moved to Springfield, joining the large number of people who were migrating to the rapidly-growing industrial city in the mid-19th century. After graduating high school in 1860, Andrew worked for the Springfield post office for a few years, before enlisting in the army during the Civil War. He served a one-year enlistment, and upon returning to Springfield he became a bookkeeper for the Springfield Fire and Marine Insurance Company, a position that he held from 1864 to 1872.

In 1872, Andrew was promoted to treasurer of the insurance company, and three years later he and his wife Mary moved into this house, along with a growing family that would, by 1877, include five children. The house was newly-built when they moved in, and was part of the early wave of development in the McKnight neighborhood.  Like many of the other early homes in the neighborhood, it has an Italianate-style design, but it is unusual in that it is built of brick, while nearly all of the other homes in the area were wood-framed.

Andrew Wright would go on to become vice president of the insurance company in 1890, and a year later became president after the death of the previous president. Along with this, he was also a director of the Agawam National Bank and the Franklin County National Bank, and he was elected to the city’s common council in 1877 and 1878, serving as the council president in 1878. He lived here in this house for the rest of his life, and he died in 1895 from septic meningitis, which he contracted after having the flu.

During the 1900 census, Mary Wright was still living here, along with her son Royal, daughters Josephine and Grace, and Grace’s husband, Henry H. Bosworth. Mary died in 1908, but Henry and Grace continued to live here, along with their only child, Mary. Henry was a lawyer who was also involved in politics, serving as a city alderman and, from 1897 to 1898, as a state representative. However, he died in 1927, and Grace lived here for only a few more years, before moving to a house nearby on Ingersoll Gove.

By 1930, this house was owned by Raymond T. King, an attorney who lived here with his wife Olive and their large family. When they moved in, they had five daughters and a son, and they would soon add a sixth daughter. They were living here when the first photo was taken in the late 1930s, and they would remain here for the next two decades, until finally selling the house in the early 1960s. Then, in the 1970s, the house was sold to Christian Hill Baptist Church, which has owned the property ever since.

Over the years, there have been a few changes to the house, including the loss of the second-story porch, the chimneys, and the brackets under the eaves. However, it survives as one of the oldest houses in the neighborhood, and it is part of the McKnight Historic District, which was added to the National Register of Historic Places in 1976.