The Henry Bull House on Spring Street opposite Stone Street in Newport, around 1868. Image courtesy of the Providence Public Library. 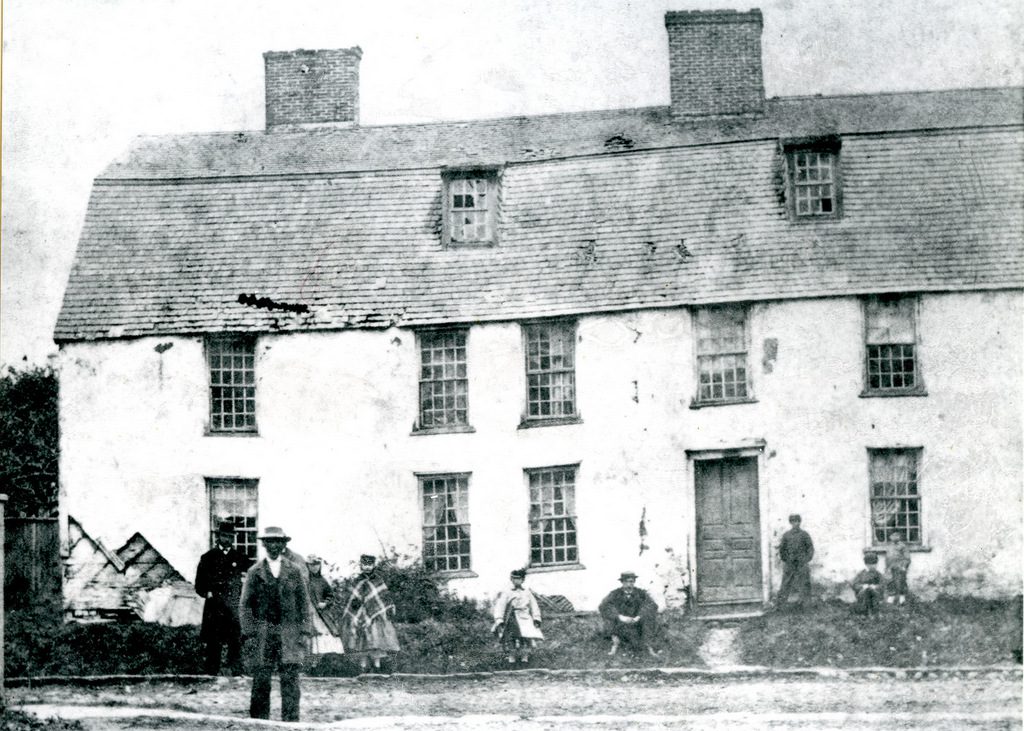 The house around 1884. Image courtesy of the Providence Public Library. 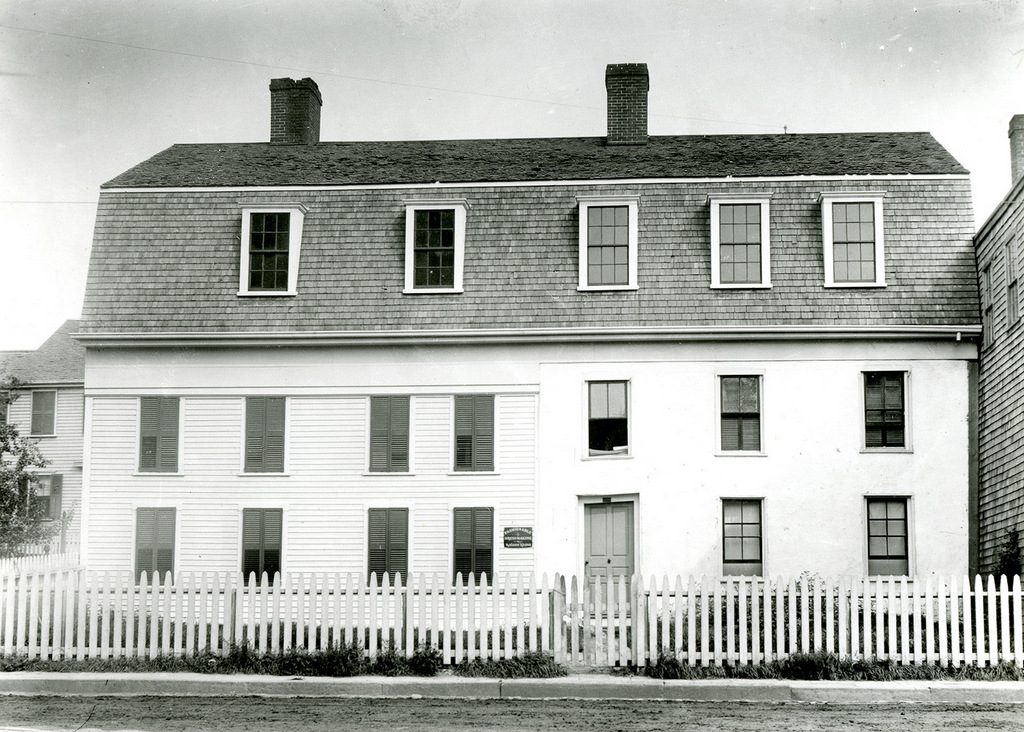 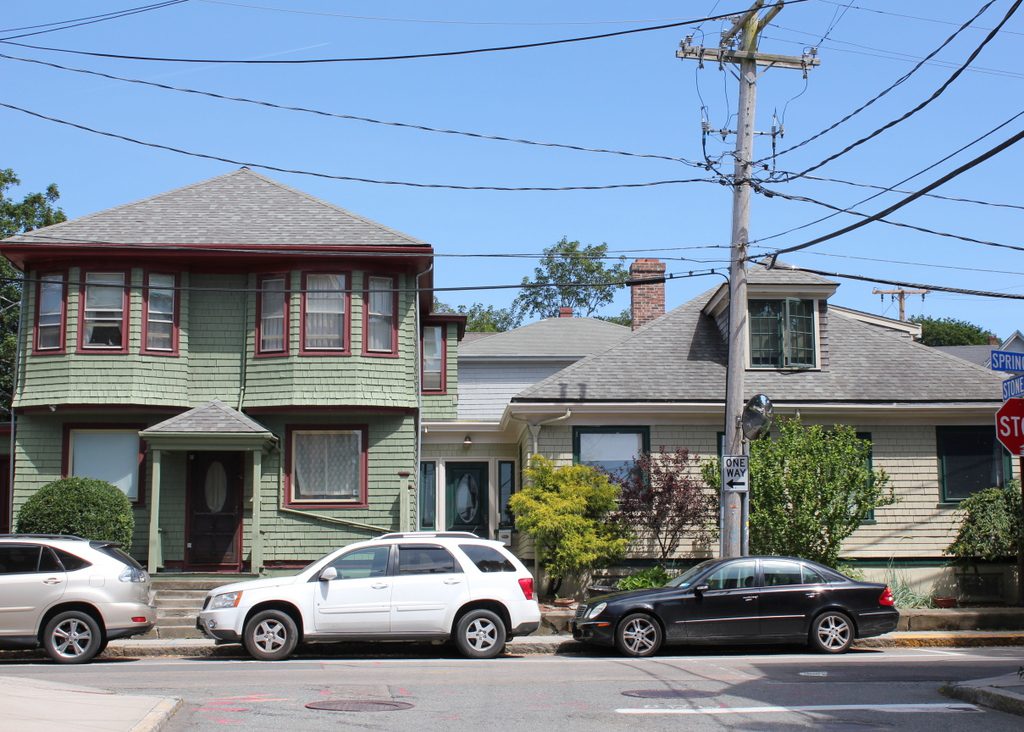 There is little in this building’s appearance to suggest that it is from the first half of the 17th century, but the earliest part of it was supposedly built in 1639, at the time of Newport’s initial settlement. It was the home of Henry Bull, who had immigrated to Massachusetts in 1635, where he lived in Roxbury for several years. However, a few years later he was excommunicated from the church for being a supporter of John Wheelwright and Anne Hutchinson in the Antinomian Controversy, and he joined a group of fellow religious dissenters who moved to Rhode Island. Here, he settled first in Portsmouth, at the northern end of Aquidneck Island, but in 1639 he and eight other men left Portsmouth to establish a new settlement on the southern end of the island, which they named Newport.

Henry Bull built this house, or at least part of it, soon after his arrival. He went on to live in Newport for the rest of his life, serving in a variety of public offices over the years, including as a member of the colonial legislature and later as governor of Rhode Island. Fiercely independent, Rhode Island was one of the few colonies allowed to elect their own governors, rather than having them appointed by the king. The colony enjoyed significant freedoms during the reign of Charles II, but after his death in 1685 his brother, James II, began to take a more active role in governing the American colonies. Henry Bill was about 75 years old when he was elected governor in the midst of this crisis, and he served from 1685 to 1686. Shortly after Bull left office, James II consolidated the northeastern colonies into the Dominion of New England, and appointed Edmund Andros as governor of the entire region. However, this arrangement only lasted for three years before the Dominion of New England was dissolved, and Henry Bull was re-elected as governor of Rhode Island in 1690.

Prior to his death in the winter of 1693/1694, Henry Bull was the last survivor from Newport’s original group of settlers. As it turned out, his house was also the last of the original buildings in Newport, and stood here on Spring Street for more than 200 years after his death. It was significantly altered over the years, though, and the gambrel roof was probably not added until sometime around the mid-18th century. By the time the first photo was taken around 1868, the house looked to be in serious disrepair, but it underwent a significant renovation at some point before the second photo was taken 16 years later. This included rebuilding the left side of the front facade, replacing the two chimneys, and adding new dormer windows to the third floor. By this point, the house was generally recognized as the oldest existing building in Rhode Island, but it was ultimately destroyed in a fire on December 29, 1912, and the two current buildings on the site were probably built soon after.