Looking north on Thames Street from Green Street in Newport, around 1885. Image courtesy of the Providence Public Library. 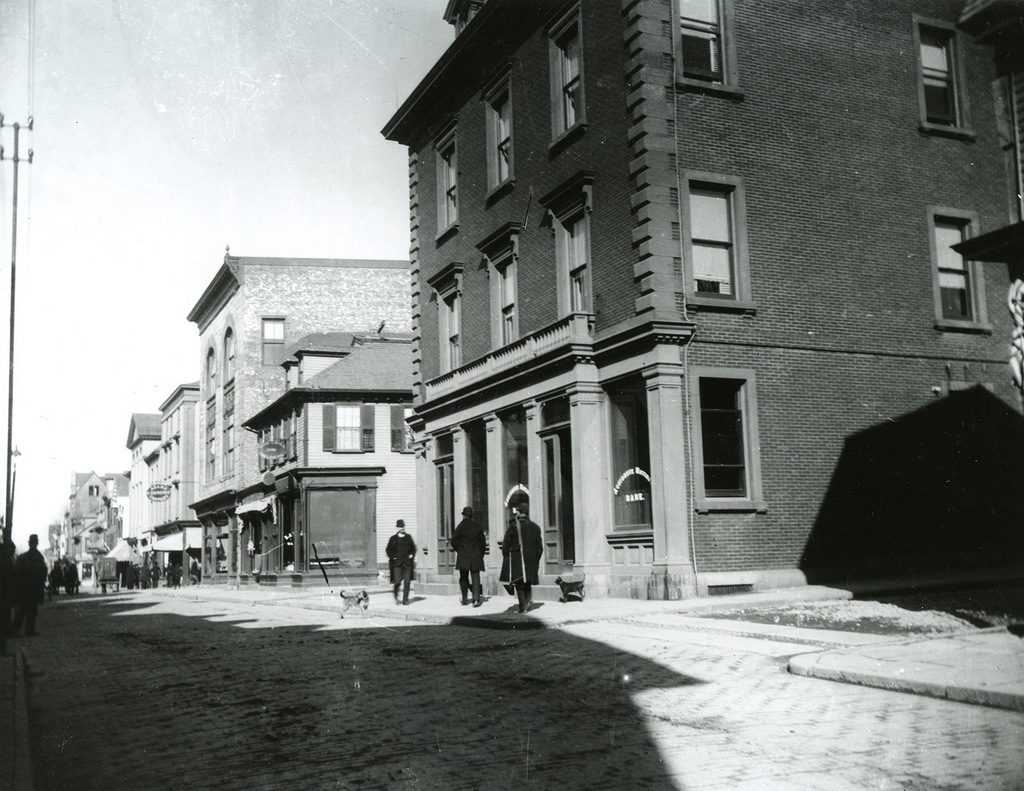 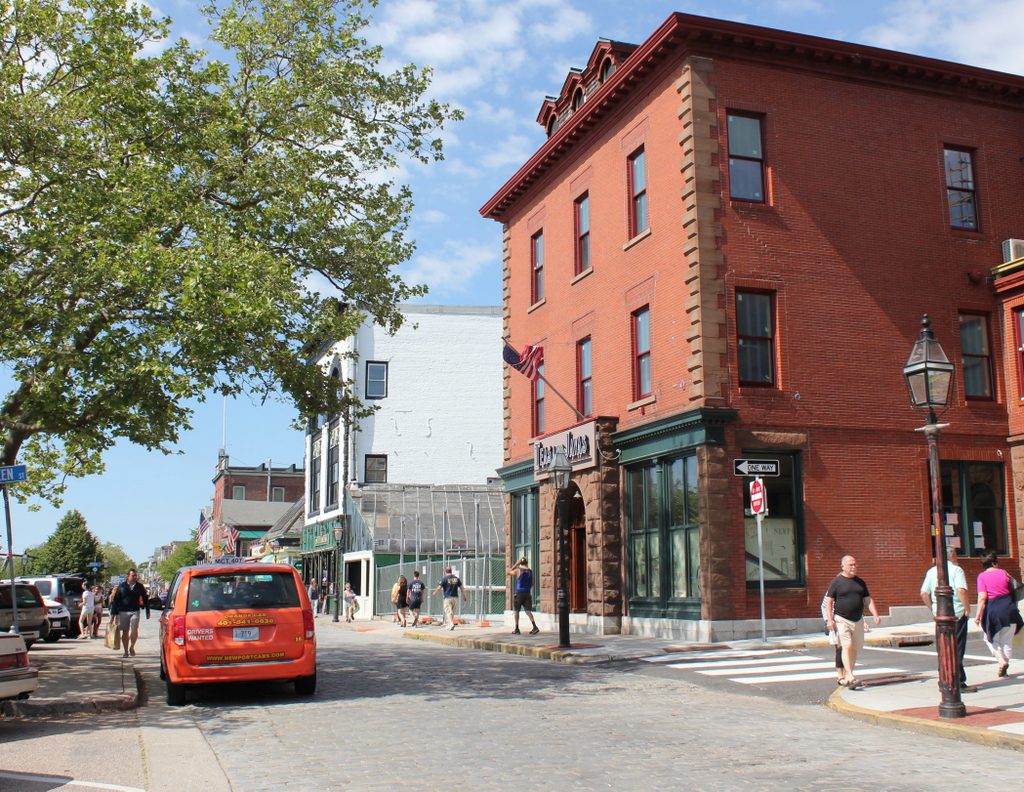 These photos were taken a block south of the ones in the previous post, and some of those buildings can be seen in the distance on the left side. Closer in the foreground, in the block between Green and Pelham Streets, the first photo shows three commercial buildings. The one at the corner of Pelham Street, known as the Newton Building, was also featured in a previous post, and was built shortly before the first photo was taken. Just to the right of it was a smaller wood-frame building that dated back to the late 18th century and was likely the oldest building in the first photo. Finally, in the immediate foreground of both photos, is the Savings Bank of Newport, which was built in the mid-1870s.

The wood-framed building in the center of the first photo was built sometime prior to the 1790s, and was owned first by Philip Robinson, then by Robert and William Stoddard, and in 1791 it was sold to Christopher Champlin, a prominent merchant. His daughter Margaret and her husband, Dr. Benjamin Mason, lived here in this house, where they raised four children, including their daughter Elizabeth. In 1811, Elizabeth married naval officer and Newport native Oliver Hazard Perry, in a ceremony that was held here in this house. Perry would subsequently achieve fame as a hero in the War of 1812, and upon returning to Newport he was reunited with Elizabeth here at her parents’ house. Perry died relatively young in 1819, but this house remained in Elizabeth’s family for many years, with her mother Margaret living here until her death in 1841.

By the time the first photo was taken, this section of Thames Street has become predominantly commercial, and the former Mason house had been altered with a storefront on the first floor. It was flanked on both sides by modern commercial blocks, including the Savings Bank of Newport, which appears prominently in the foreground of this scene. Established in 1819, the bank had several different locations in the city before building this brick, three-story Italianate building at the corner of Thames and Green Streets in the mid-1870s. As seen in lettering on the windows in the first photo, the bank shared it with the Aquidneck National Bank, which later moved into its own building on the other side of Green Street in the early 1890s.

More than 130 years after the first photo was taken, there have not been many significant changes in this scene. Several of the buildings in the distance have either been demolished or drastically altered, and the historic Mason House was demolished in the late 1950s and replaced with a parking lot. However, both the Newton Building and the Savings Bank of Newport Building are still standing, with few significant changes aside from the altered first-floor storefront on the bank building. Both of these buildings, along with the rest of the downtown area, are now part of the Newport Historic District, which was designated as a National Historic Landmark in 1968.