The Unitarian Church at the corner of Maple and Essex Streets in Holyoke, around 1892. Image from Picturesque Hampden (1892). 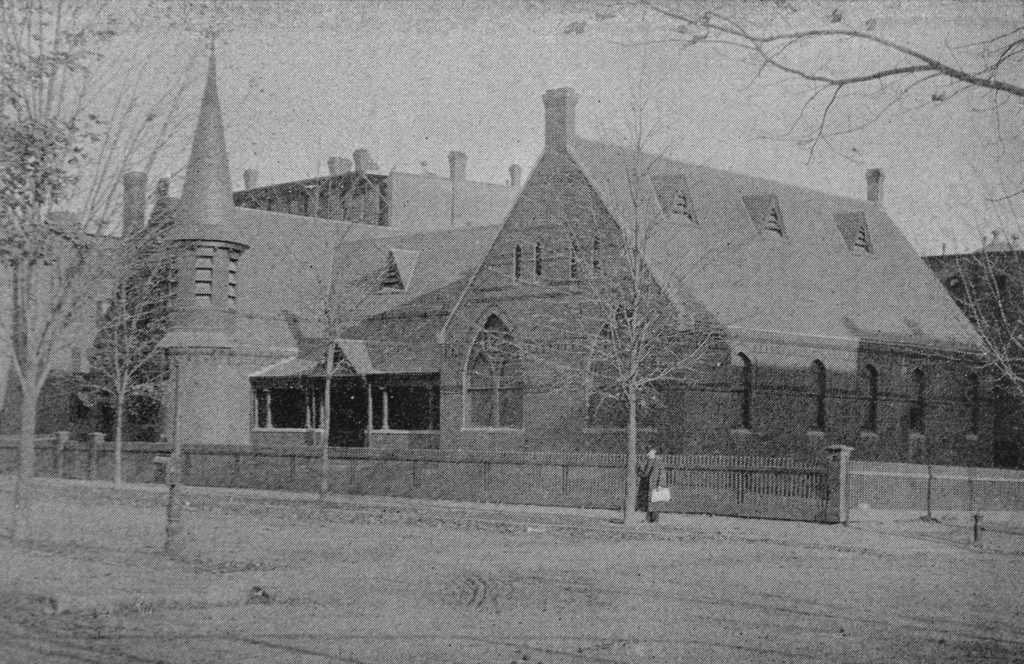 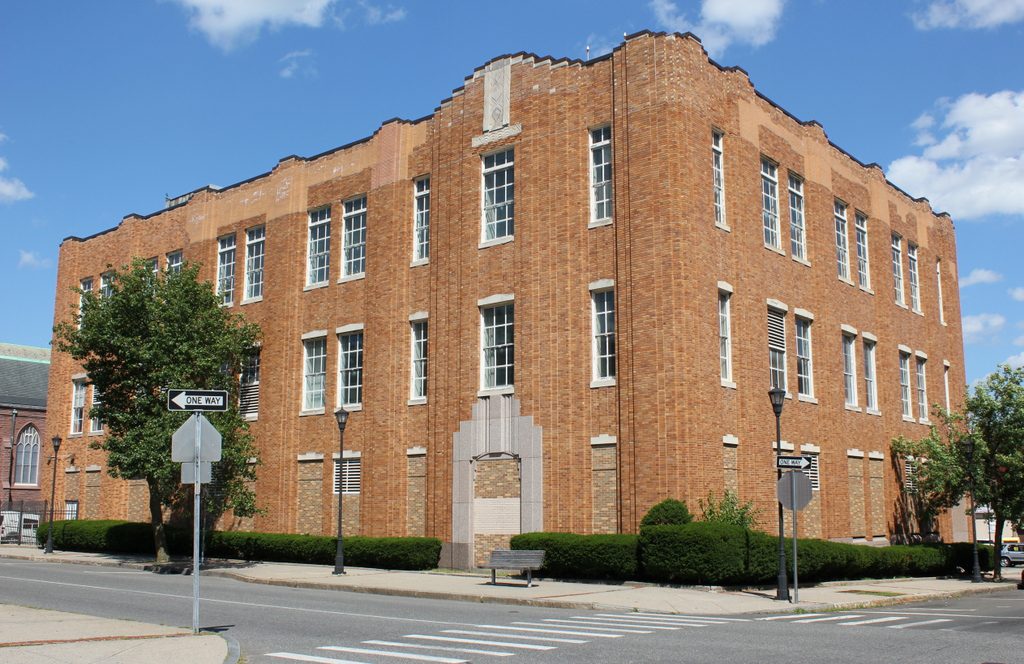 The first Unitarian church in Holyoke was established in 1857, but it only lasted for about a year, and the city’s Unitarians would not form another church for more than 15 years. Finally, in 1874, the Liberal Christian Congregational Society was established with 55 members, and the church met in several different temporary locations for the next two years. In 1875, the Holyoke Water Power Company donated this lot at the northeast corner of Maple and Essex Streets, and construction of a church building began later that year.

The building was completed in 1876, and originally consisted of just the section on the left side of the first photo, to the left of the tower. However, in 1889, the building was significantly expanded to the right, with a matching addition that more than doubled its capacity. The church remained here until about 1930, but by 1931 it was demolished to build the New England Telephone and Telegraph Company building, which still stands here on the site. Its exterior has been altered over the years, and the first floor windows and doors have been bricked up, but it remains as one of the few Art Deco-style buildings in Holyoke.