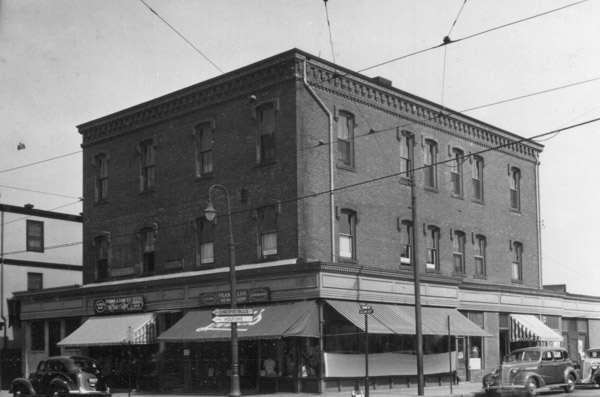 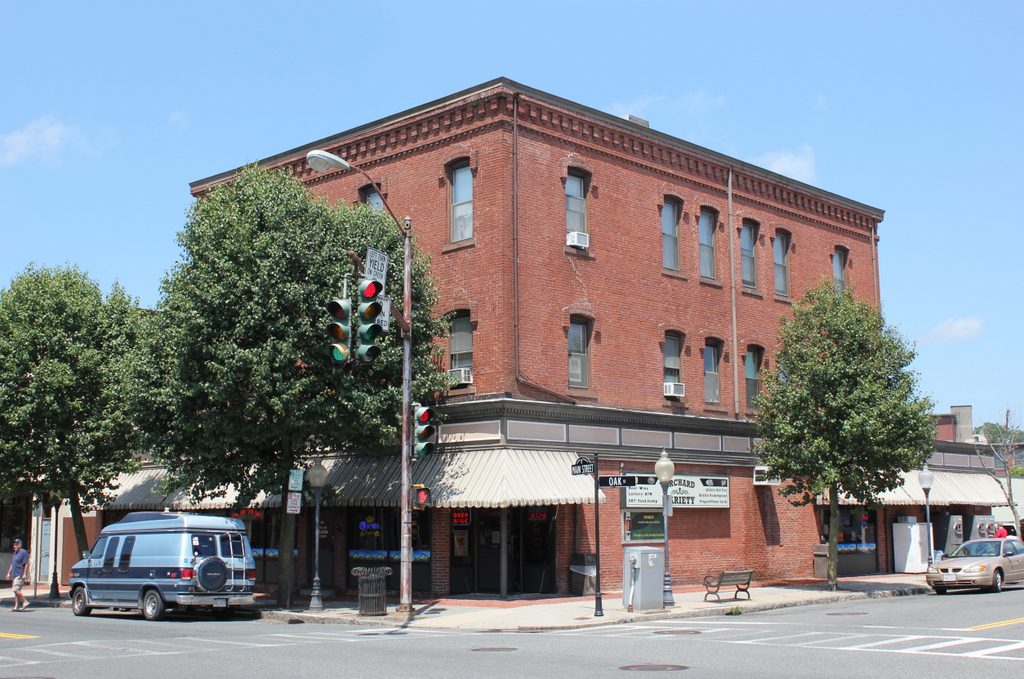 George Chapman’s business partner, Charles Bengle, purchased Chapman’s interest in the company in 1886, and he remained in business in this building until 1905, when he built a new commercial block, directly across Oak Street from here, and moved his store into the new building. Then, around 1910, the older Wight & Chapman Block was purchased by Charles Rieutord, the proprietor of the nearby National House hotel on Oak Street. Upon purchasing this building, he set about renovating it, including extending the storefronts along both the Main Street and Oak Street sides.