The graves of Dwight and Emma Moody, at Round Top on the campus of the former Northfield School, around 1910. Image from All About Northfield (1910). 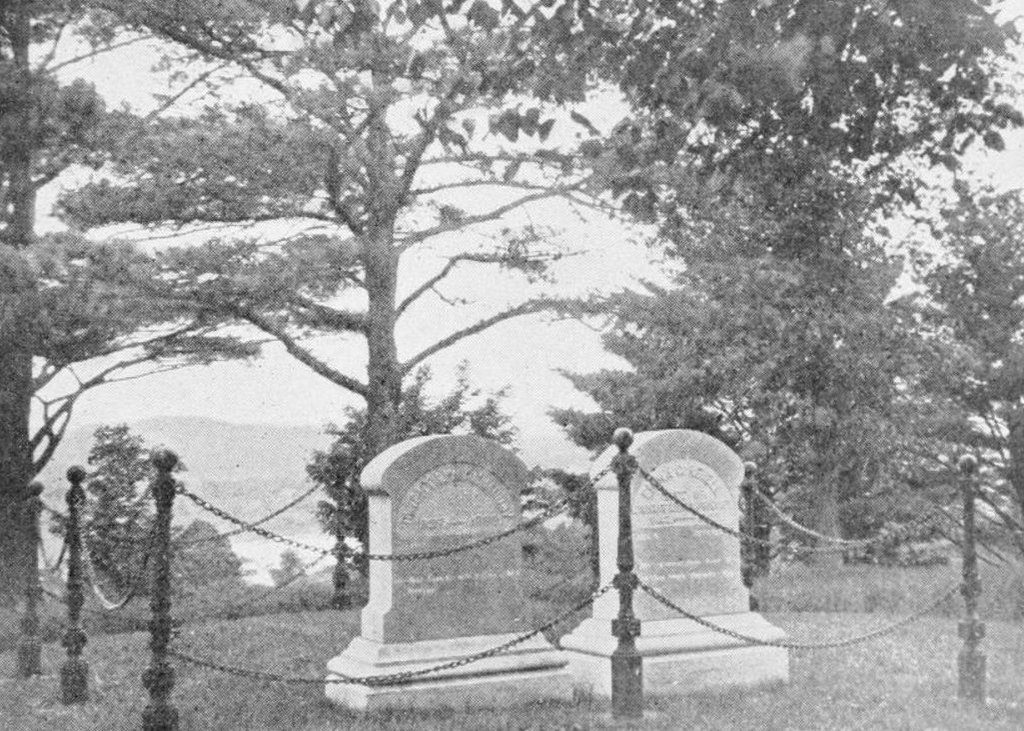 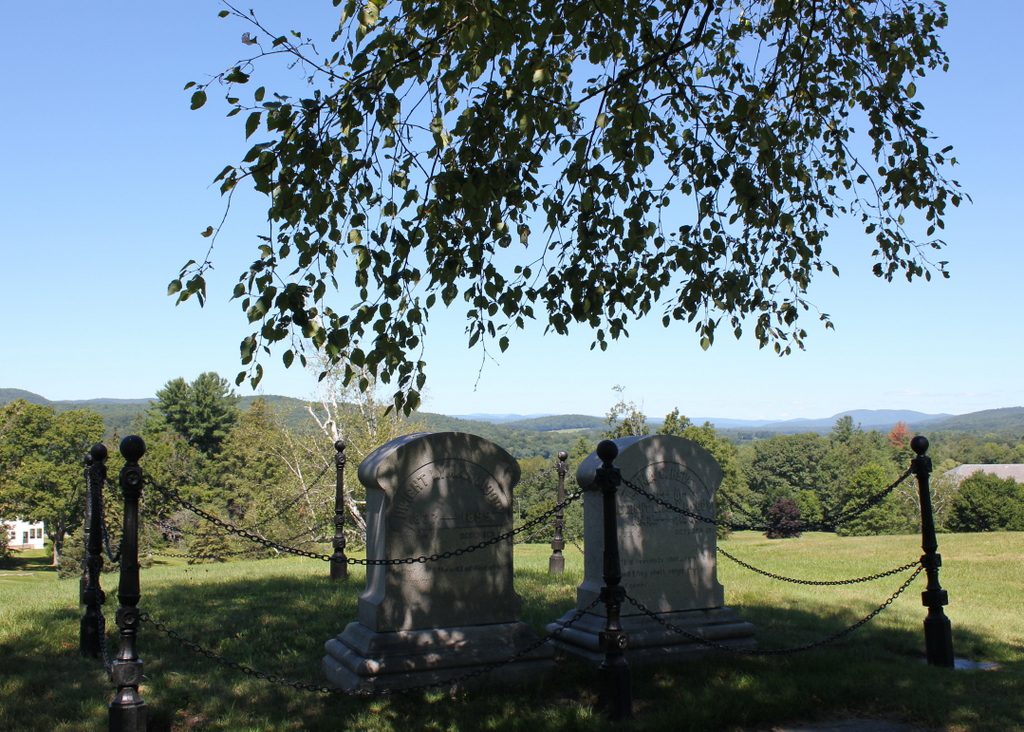 As discussed in the previous post, the 19th century evangelist Dwight L. Moody was born here in Northfield, in a farmhouse that still stands just to the south of here, at the corner of Moody Street and Highland Avenue. Moody lived in Northfield until 1854, when, as a teenager, he moved to Boston and worked in his uncle’s boot and shoe store. He would not return to live permanently in Northfield until 1876, by which point he had become a world-renowned evangelist. He and his wife Emma subsequently purchased a house at the foot of this hill, on Main Street, and they lived there for the rest of their lives. During that time, Moody established the Northfield Seminary for Young Ladies, a private school for girls that was located on a campus behind his house.

Dwight L. Moody died on December 22, 1899, and was buried, in accordance with his wishes, on this knoll, known as Round Top. Located just 300 yards to the north of his birthplace, this spot provides dramatic views of the Connecticut River Valley and the rolling hills of the surrounding countryside. Northfield is located at the tri-point of Massachusetts, New Hampshire, and Vermont, so all three of these states are visible from the hill, although it is the Green Mountains of Vermont that dominate the background of this particular scene. Moody was buried here on December 26, and his grave was marked with a headstone that reads “He that doeth the will of God abideth forever.” His wife Emma died four years later, in 1903, and was buried beside her husband on the right side of the photo, with an inscription on her headstone that reads “His servants shall serve him, and they shall reign for ever and ever.”

In 1912, only a few years after the first photo was taken, the Northfield Seminary acquired a one-quarter ownership of the gravesite, with Moody’s heirs owning the remaining three quarters. The school later merged with the nearby Mount Hermon School for Boys, which had also been founded by Moody, and became the Northfield Mount Herman School. Both campuses continued to be used for many years, but in 2005 the Northfield campus was closed, and most of the property was sold. However, the school still retains its ownership interest in the plot here on Round Top, and very little has changed in this scene more than a century after the first photo was taken.