The First Congregational Church on Chicopee Street in Chicopee, around 1892. Image from Picturesque Hampden (1892). 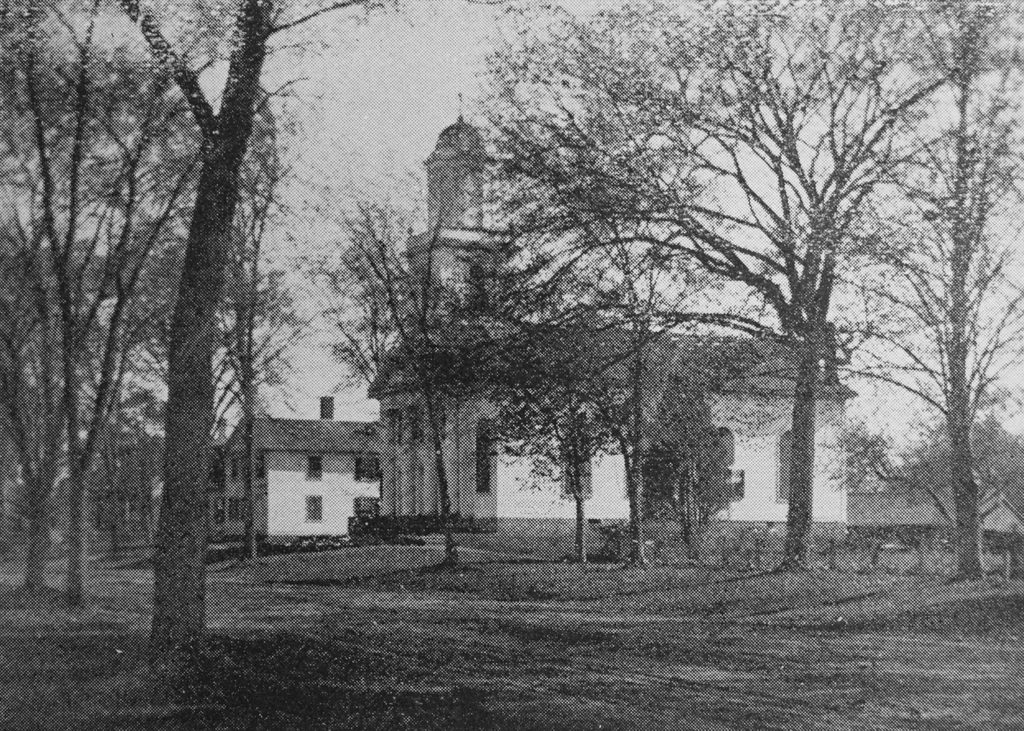 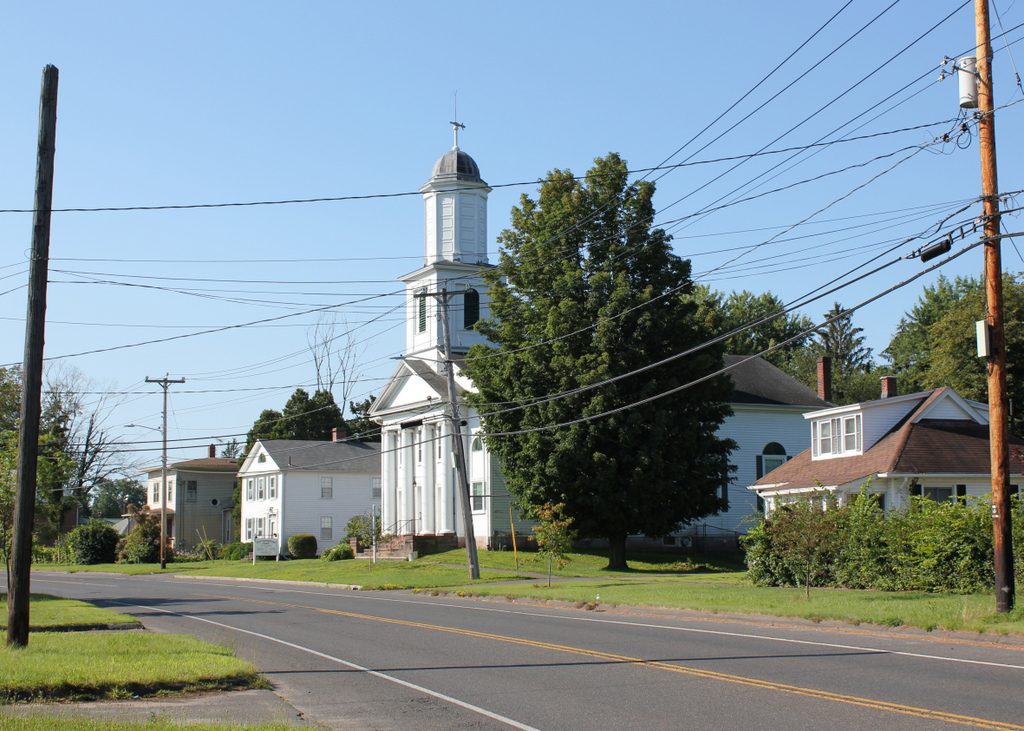 Today, this church is known as the First Congregational Church of Chicopee, but the building actually predates Chicopee by several decades. It was completed in 1826 as the Second Congregational Church of Springfield, back when the present-day city of Chicopee was the northern section of Springfield. This section of Chicopee Street, located just east of the Connecticut River, was the site of the earliest settlement in Chicopee, in the second half of the 17th century. For around 75 years, residents of the village had to travel more than five miles to the center of Springfield in order to attend church services, but a new church was established here in 1751. The first meeting house was completed the following year, and stood here until it was replaced with the current church.

The new church came at the request of newly-installed pastor Alexander Phoenix, who agreed to become the pastor of the church only if the old building was repaired or rebuilt. The congregation chose the latter option, spending $4,400 to construct a new church.  The work was done by Alva Whitmarsh and Seba Shepherd, who were associates of noted builder and architect Isaac Damon. Their design reflected the Greek Revival style of architecture, which was becoming popular during this period, particularly for churches and other public buildings, and it also bore a strong resemblance to many of Damon’s own churches, including the First Congregational Church in Springfield.

The first service in the new church was held on January 4, 1826. It was equipped with a stove for heat – something that was still a novelty in many New England churches – but this stove was apparently a source of controversy. Judge E. W. Chapin, in a letter that was read to the church at its annual meeting in 1897, related a story – possibly apocryphal – that his mother had told him regarding this stove, writing that “Some woman opposed the innovation, fearing the heat would be too oppressive. The stove, however, was put up, but for some reason no fire was built in it the first Sabbath. This, however, was not known by the woman, who was so overcome by anticipated heat that she was compelled to leave the church during the service.”

In 1841, the church acquired the house immediately to the left of it, in the distance of both photos. This house had been built in 1830 as the home of Silas Stedman, and was later owned by George Hooker before being sold to the church for use as its parsonage. The church was still a part of Springfield at the time, but in 1848 Chicopee was partitioned off as a separate town, and the church became the First Congregational Church of Chicopee. By this point, the main population centers of the town had shifted to the south and east, to the factory villages of Cabotville and Chicopee Falls, but this church building remained in use here at the traditional center of the town.

The first photo shows Chicopee Street as it appeared around 1892, with the church in the center and the parsonage beyond it to the left. Around 125 years later, this scene has not changed dramatically. The trees are gone, the road has been paved, and a newer house now stands on the right side of the church, but overall this scene still looks much the same as it did at the end of the 19th century. Both the church and parsonage remain standing, and both are still owned by the First Church of Chicopee, which continues to worship here nearly 200 years after the building was completed.