Crafts Tavern, at the present-day corner of Dwight and Northampton Streets in Holyoke, around 1892. Image from Picturesque Hampden (1892). 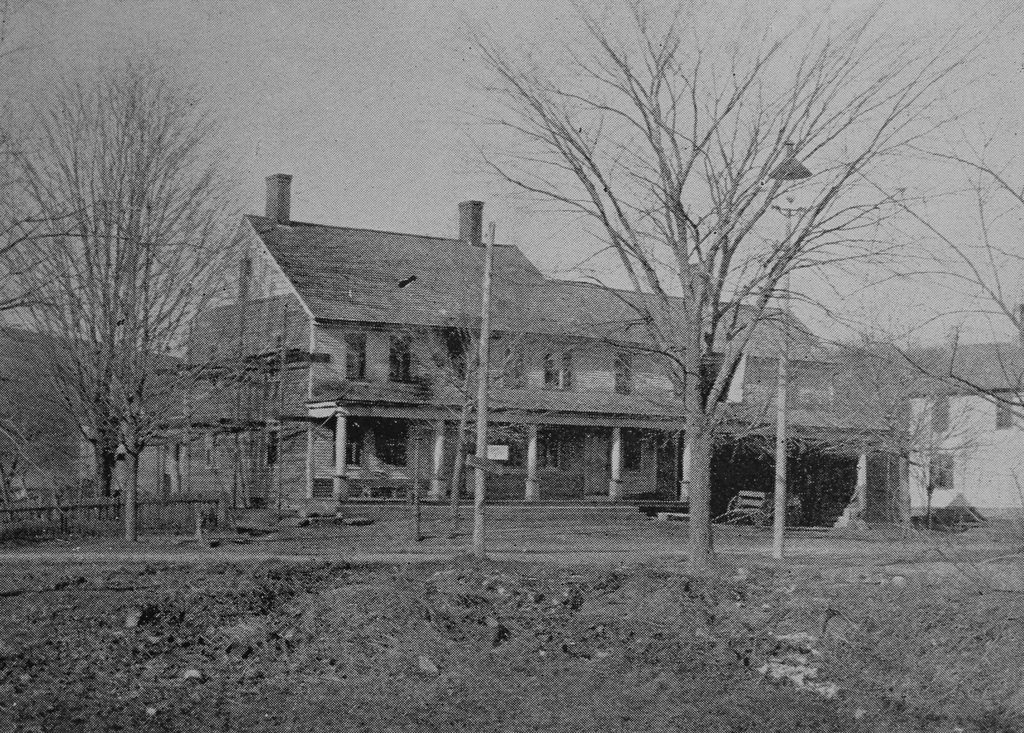 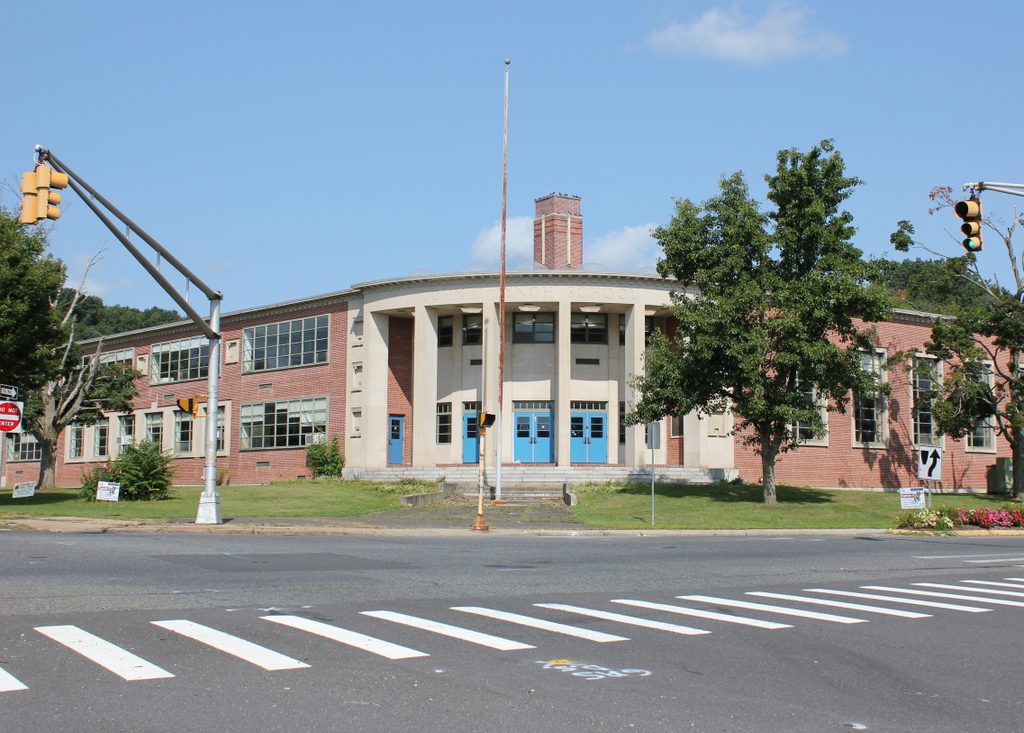 Long before the Industrial Revolution turned it into a major manufacturing center, the present-day city of Holyoke was the northern part of West Springfield. It was designated as the Third Parish of West Springfield in 1786, but was also known as Ireland Parish, because of several Irish families who were among the first to settle in the area. At the time, most of the settlement was along present-day Northampton Street, far from the riverfront area that would later be developed, and it remained a part of West Springfield throughout the first half of the 19th century. Not until the middle of the 19th century, when industrialization began along the Connecticut River, would the population shift eastward to the current city center, and Holyoke would not be incorporated as a separate municipality until 1850.

The building in the first photo was one of the landmarks from these early years of Ireland Parish. It was built in 1785 for Abner Miller, who operated an inn here for many years. Then, in 1832, the property was sold to Chester Crafts, and the building came to be known as Crafts Tavern. It was situated along the main north-south route along the Connecticut River Valley, so it served as an important stopping point for travelers. Crafts’s younger brother, Roswell P. Crafts, drove the stagecoach from Springfield to Northampton, and the tavern was close to the midway point of this 20-mile trip. Many years later, Roswell would go on to serve as mayor of Holyoke in 1877 and 1882 to 1883, long after Holyoke had transitioned from the rural Ireland Parish and into a major industrial city.

In the meantime, though, Crafts Tavern served as the focal point of the village, which otherwise consisted of a church, a school, a few stores, and some scattered houses. According to “Our County and Its People”: A History of Hampden County (1902), the tavern was “perhaps the chief center of attraction in the town” prior to the industrialization of the late 1840s. However, this began to change once mills began opening along the Connecticut River. During the 1850 census, the same year that Holyoke became a town, it had a population of just over 3,000. This figure would grow exponentially throughout the rest of the century, though, and by 1890 the city had more than 35,000 inhabitants, nearly all of whom lived far from the traditional village center here in Ireland Parish.

Despite these changes, Chester Crafts continued to operate his tavern here until his death in 1871. He does not appear to have suffered financially, either, because the 1870 census values his real estate holdings at $32,000, plus a personal estate of $12,000, for a net worth equivalent to nearly $900,000 today. After his death, his widow Olive acquired the property, although she does not appear to have kept a tavern here. However, she was still living here when the first photo was taken in the early 1890s, and she remained here until her death in 1914 at the age of 92. The old tavern would remain in the Crafts family for another nine years until 1923, when the property was sold to the city of Holyoke.

The building was subsequently moved a short distance, in order to allow for Dwight Street to be extended west across Northampton Street. By this point, it was one of the oldest buildings in the city, and there were plans to turn it into a museum. However, despite its historical significance, it was ultimately demolished sometime in the late 1940s or early 1950s. The property then became the John J. Lynch Middle School, which was completed in 1952. This building is still here today, although it has not been used as a school since 2008. It is currently slated to be demolished, and the site will be redeveloped for retail use.