The William Skinner Silk Mill, as seen from the Dwight Street bridge over the First Level Canal in Holyoke, in 1936. Image taken by Lewis Hine, courtesy of the U. S. National Archives. 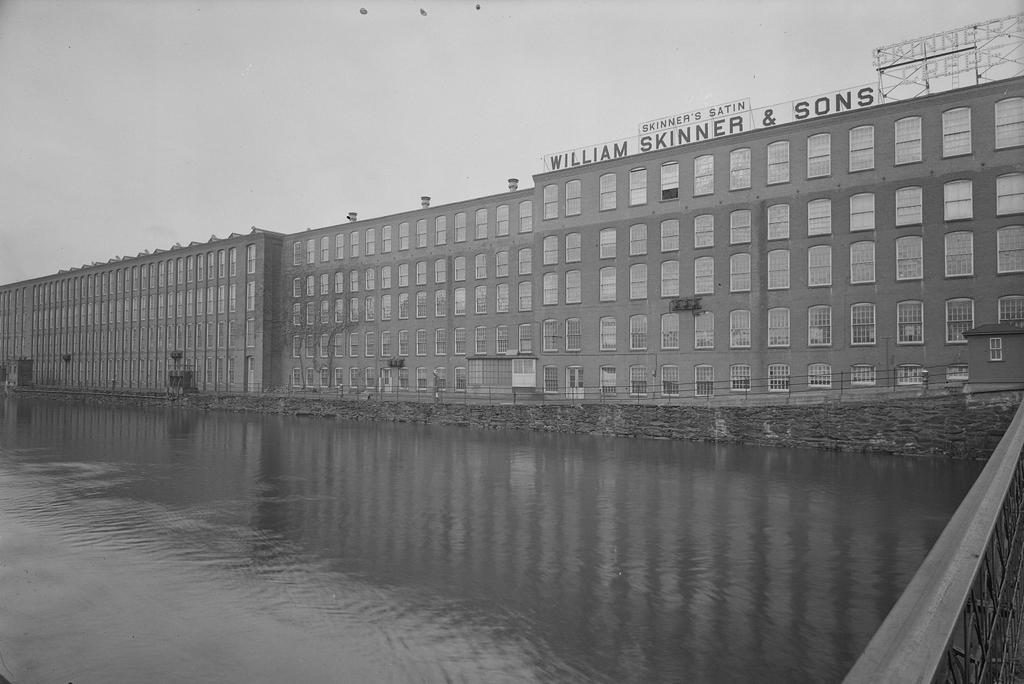 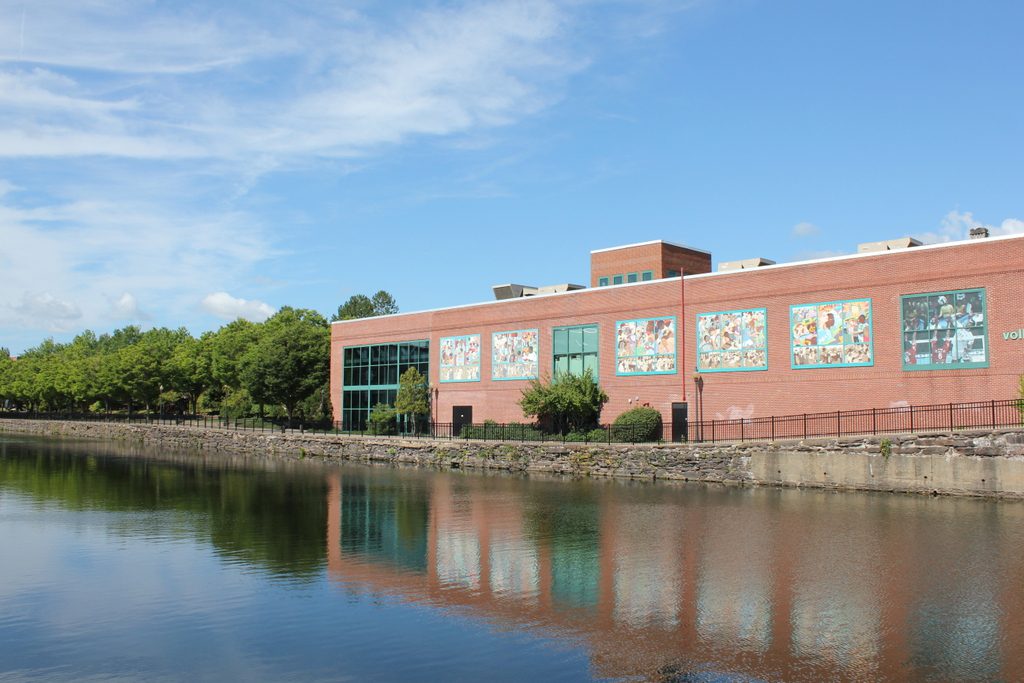 William Skinner was an English immigrant who came to the United States as a young man in 1845. While in England, he had received some training in the silk industry, and he put this to use soon after his arrival in America. At the time, the United States manufactured very little silk, with most of the country’s supply coming from overseas, but by the early 1850s Skinner had established his own silk mill. Known as the Unquomonk Silk Company, it was located along the Mill River in Williamsburg, Massachusetts, in a village that came to be known as Skinnerville.

The company prospered under Skinner’s leadership, and by the early 1870s it had become one of the country’s leading producers of silk. However, this came to an abrupt end on May 16, 1874, when a dam broke on the Mill River, upstream of Skinnerville. The 100-acre reservoir quickly emptied, sending 600 million gallons of water rushing down the valley. Several villages and factories were destroyed in the resulting flood, and 139 people were killed. Almost all of Skinnerville was destroyed, including the Unquomonk mill, and only Skinner’s home, known as Wisteriahurst, survived relatively unscathed.

Skinner’s losses amounted to nearly $200,000 – almost $4.5 million today – and none of it was covered by insurance. He faced potential financial ruin, but was determined to rebuild, although not in Skinnerville. After evaluating is options, he chose to move his company to Holyoke, which was in the midst of becoming a major manufacturing center for paper and textiles. Here, the Connecticut River produced far more water power than the Mill River could have ever provided, and he was also enticed by a lucrative offer from the Holyoke Water Power Company. The company provided him with a mill site that was rent-free for five years, and also sold him an entire city block for his home, for the nominal fee of $1.

In relocating to Holyoke, Skinner brought his entire house with him, moving Wistariahurst to his lot at the corner of Cabot and Pine Streets. He built his factory on Appleton Street, on the current site of the Massachusetts Green High Performance Computing Center, and by the end of 1874 he was once again producing silk. Despite his heavy losses in Williamsburg, Skinner once again became a wealthy man, with his company regaining its prominence within the American silk industry.

Skinner’s sons, William and Joseph, joined the company in 1883, and the name was changed to William Skinner & Sons. The elder William died in 1902, and his sons subsequently took over the management of the company. Around the same time, its facilities were significantly expanded with a new factory on the other side of Appleton Street. By 1911 this building, which is shown in the first photo, extended for an entire city block from Appleton to Dwight Streets. At 1,000 feet in length and 60 feet in width, and with a total floor space of over five acres, it was reportedly the largest silk mill in the world. An article in the May 1912 issue of Silk magazine provides the following description of this building:

This is an absolutely modern mill in every respect, the latest devices for weaving and all processes of textile manufacture having been installed. The great weave rooms are filled with looms six abreast, all of them driven by individual electric motors, so that there is no shafting in sight.

A special feature of the new mill is the lighting. All of the available space in the outside walls has been given over to windows, so that there are in all 1,000 windows. The walls are painted white to increase the refraction of light, and the top floor is made especially light by a saw-tooth roof. This mill is devoted largely to the manufacture of colored linings for the cloak and suit trade, as well as to picking, inspecting and finishing. The department of braid manufacture also occupies a portion of this building. The bright vari-colored warps and wefts on the many aisles of looms, which pulsating shuttles are weaving into fabrics of all hues and colors, make a sight that one will long remember.

The Skinner company would continue to be a leading silk producer throughout the first half of the 20th century. By the time the first photo was taken in 1936, America was in the midst of the Great Depression, but the Skinner mills continued production throughout this time. The photo was taken by Lewis Hine, a prominent photographer and social reformer who, several decades earlier, had traveled around the country to document child labor conditions in factories. Child labor was no longer as great of an issue by the 1930s, thanks in part to his efforts, but he again traveled to industrial centers, where he showed the effects of the Great Depression. His 1936 trip to Holyoke included photographs of workers inside the Skinner mills. It is not clear whether they were taken in this building or one of the other Skinner mills in Holyoke, but some of the photos are shown below, along with Hines’s original captions:

William and Joseph Skinner both ran the mills until their deaths in the late 1940s, and their children then inherited the company. However, by this point many of the industries in New England’s once-prosperous manufacturing centers were in decline. The Skinner company faced increased competition in the silk market, along with old facilities and manufacturing processes that were becoming obsolete. It produced its last silk in 1956, a little over a century after William Skinner had established the company in Williamsburg, and the family finally sold the company in 1961.

The new owners, Indian Head Mills, closed the old Skinner mills two years later, in 1963. Then, in 1980, the mill building in the first photo, which had once been touted as the largest silk mill in the world, was destroyed by a fire. Today, there are no traces left from the first photo, except for the canal itself, and the site has been redeveloped as Holyoke Heritage State Park. The park is now home to the Holyoke Children’s Museum and the International Volleyball Hall of Fame, both of which are located in the building on the right side of the present-day photo.