The former School of the Immaculate Conception of Notre Dame, on Chestnut Street opposite Hampden Park in Holyoke, around 1892. Image from Picturesque Hampden (1892). 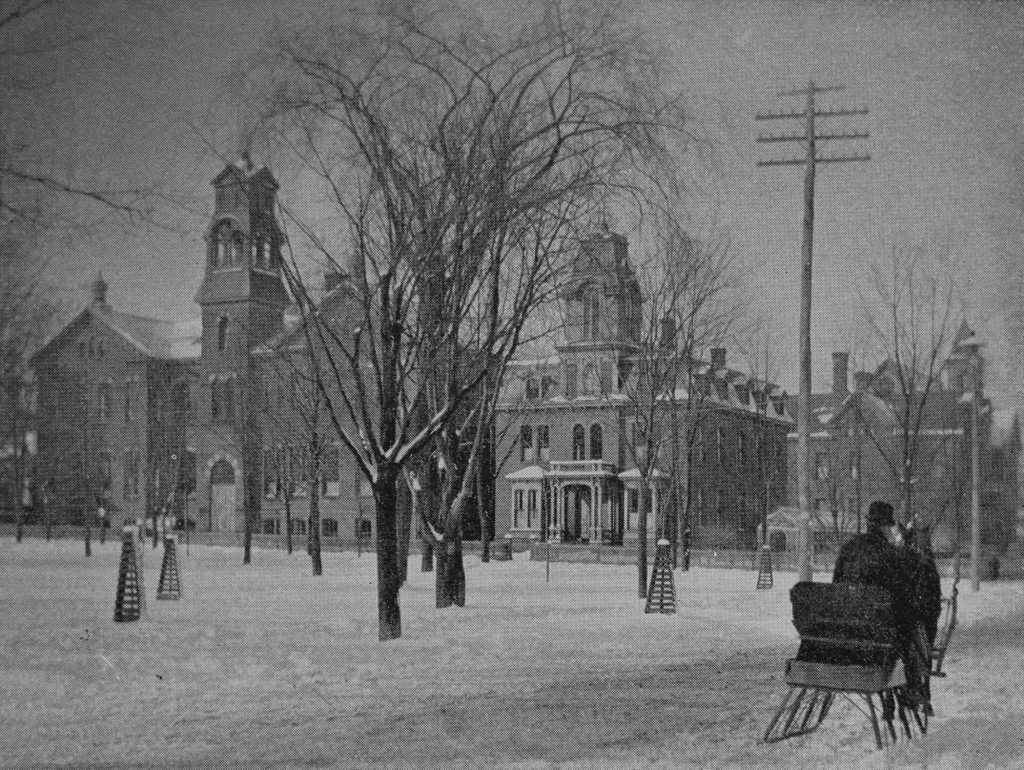 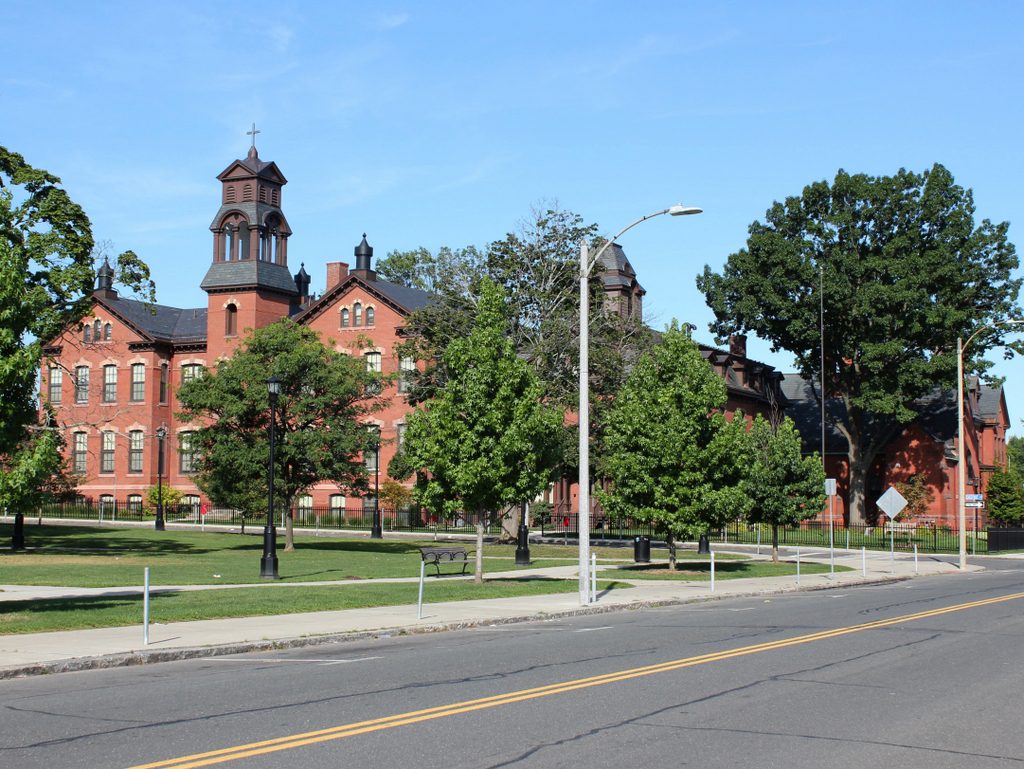 Holyoke grew into a major industrial center during the second half of the 19th century, and the jobs in the mills attracted large numbers of immigrants, particularly the Irish and French Canadians. Most of these immigrants were Catholic, in a region that had previously been almost entirely Protestant, and they soon set about establishing Catholic churches and other religious institutions. The first of these churches was St. Jerome’s, which was established in 1856. Two years later, the parish constructed a church building that still stands at the corner of Hampden and Chestnut Streets, just out of view to the right of this scene.

In 1869, St. Jerome’s Parish opened its first parochial school, the School of the Immaculate Conception of Notre Dame. It was originally an all-girls school, and was located in a wood-frame building that was moved to this site. That same year, the Convent of Notre Dame was completed just to the right of the school. It housed the nuns who taught at the school, and can be seen in the center-right of both photos, with its central tower and Second-Empire style architecture. Then, in 1872, the St. Jerome’s Institute was established as a school for boys, and was located on the other side of Hampden Street, at the corner of Elm Street.

The original Immaculate Conception building was replaced in 1883 by a much more substantial brick school building, which stands on the left side of both photos. It was designed by architect Donat R. Baribault, with an Italianate-style design that included a symmetrical front facade and a tower above the main entrance. By 1890, around the time that the first photo was taken, it had an enrollment of about 550 girls, and the principal of the school was also the sister superior at the adjacent Convent of Notre Dame.

Today, most of the historic 19th buildings from the St. Jerome’s Parish are still standing, including the former Holyoke Catholic buildings. Although they were boarded up for more than a decade after the school moved to Granby, the buildings have since been converted into the Chestnut Park Apartments. This work was completed in 2015, and now there is hardly any difference between these two photos, which were taken 125 years apart. The buildings are now part of the Hampden Park Historic District, which was added to the National Register of Historic Places in 2012.

1 thought on “School of the Immaculate Conception of Notre Dame, Holyoke, Mass”