The Hadley Company Mills, seen from the Route 116 bridge over the Third Level Canal in Holyoke, in 1936. Image taken by Lewis Hine, courtesy of the U. S. National Archives. 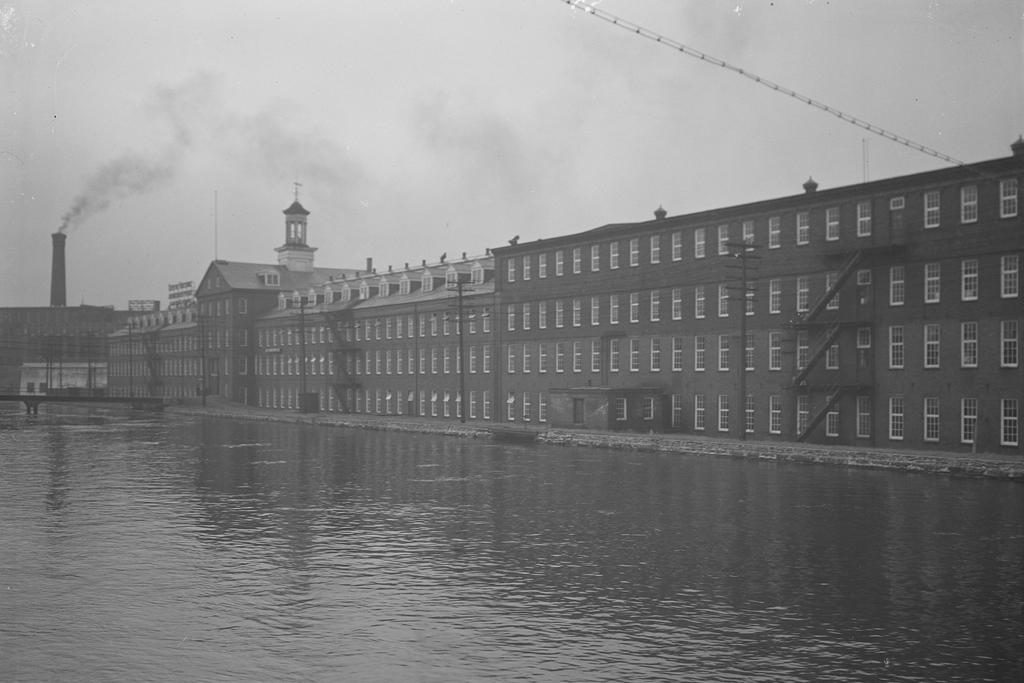 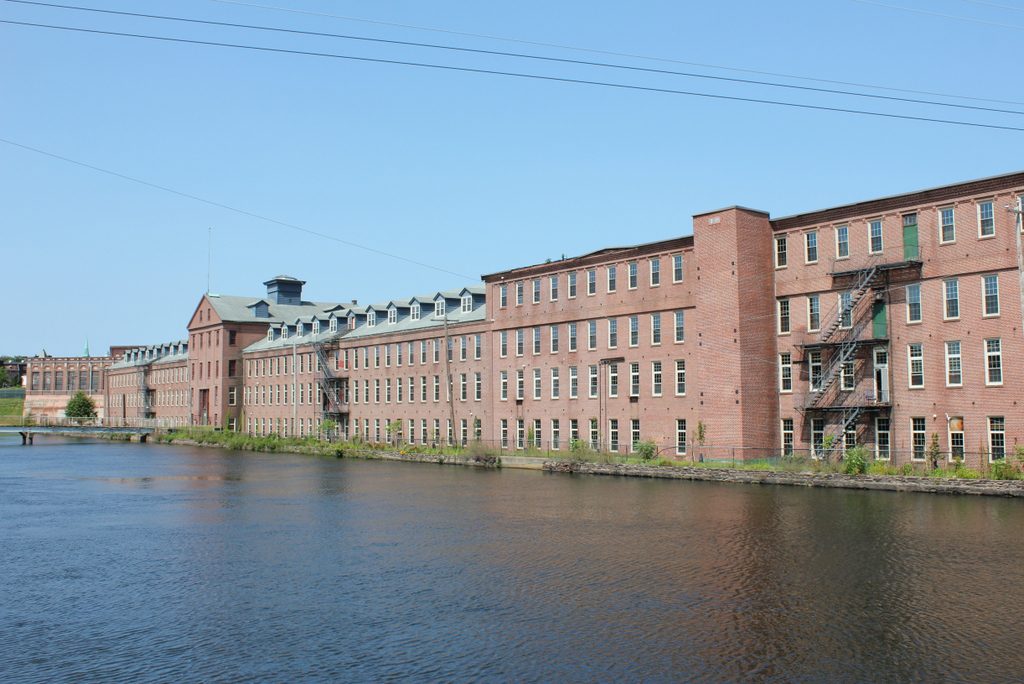 As mentioned in the previous post, this mill complex was built starting in the late 1840s, and was originally owned by the Hadley Falls Company, which was responsible for developing Holyoke into a major industrial center. The company built the dam on the Connecticut River, along with the extensive canal system that powered the factories, including the Third Level Canal, which is seen here. In addition, the Hadley Falls Company built a large group of worker tenement houses, directly across the canal from this factory.

The canal system, along with many of the buildings that the Hadley Falls Company constructed, are still standing today. However, despite its profound influence in the history of Holyoke, the company proved to be very short-lived. The Panic of 1857, and the subsequent economic recession, hit the company hard, and in 1859 its assets were sold at auction. The company was literally sold for pennies on the dollar, with shareholders receiving just $1.32 for each $100 share, and its property was acquired by the Holyoke Water Power Company.

By 1863, this mill complex was used by the Hadley Company, a thread manufacturer that produced a variety of threads, yarns, and twine. It is hard to tell when each section of the facility was built, but the part in the left side – with the gabled roof and dormer windows – appears to have been the oldest section. The section on the right side does not appear in an 1853 map of Holyoke, but it was added by 1870. However, the top two floors have a different shade of bricks, suggesting that they may have been added at a later date.

The Hadley Company continued to produce thread here in this facility until 1898, when it was one of many thread manufacturers that were consolidated into the American Thread Company. It continued to be run as a division of American Thread for the next 30 years, but it closed in 1928, with about a thousand workers losing their jobs on the eve of the Great Depression. The first photo was taken only about eight years later, by prominent photographer and social reformer Lewis Hine. He documented life across the country during the Great Depression, including a visit to Holyoke, where he photographed a number of mills and their employees.

By the mid-20th century, the former Hadley Company mills were the home of Graham Manufacturing Company, which was later acquired by Johnson & Johnson. Today, the mill buildings on the property have several different owners, but the main building here on the canal has not seen many changes in more than 80 years since the first photo was taken. Overall, the only significant alterations to the exterior have been the loss of the cupola and the addition of what appears to be an elevator shaft, just to the left of the fire escape on the right side.