Looking north on Main Street from near the corner of Dwight Street in Holyoke, around 1891. Image from Holyoke Illustrated (1891). 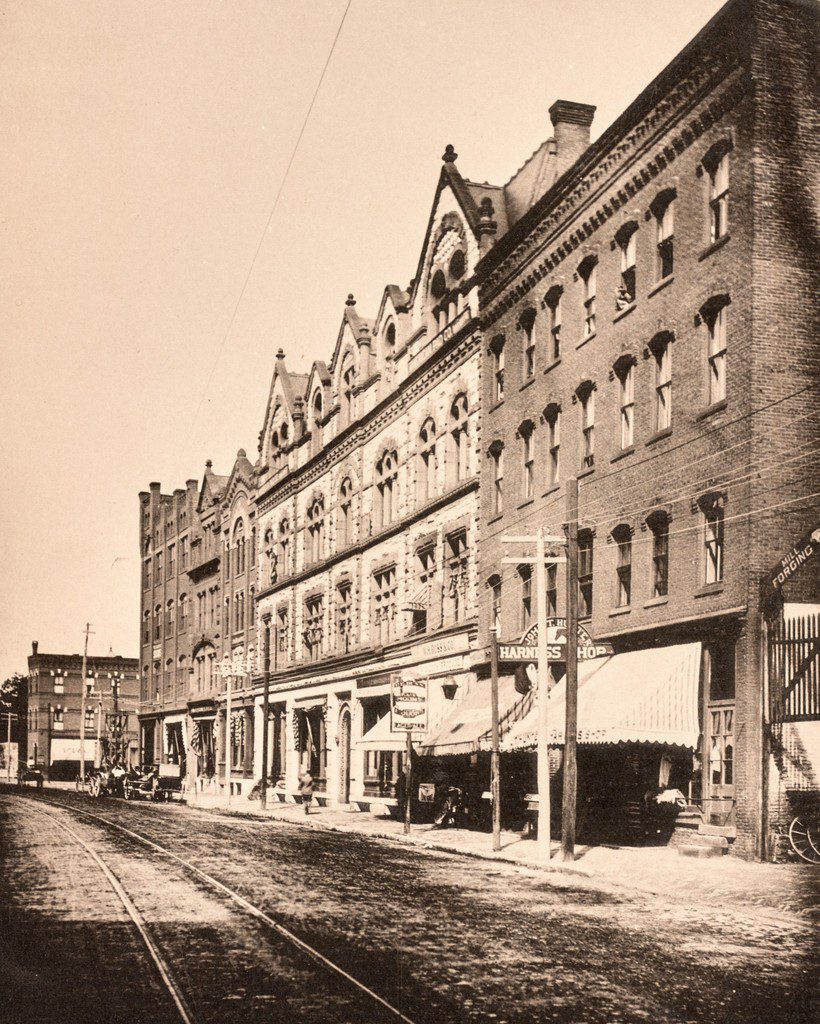 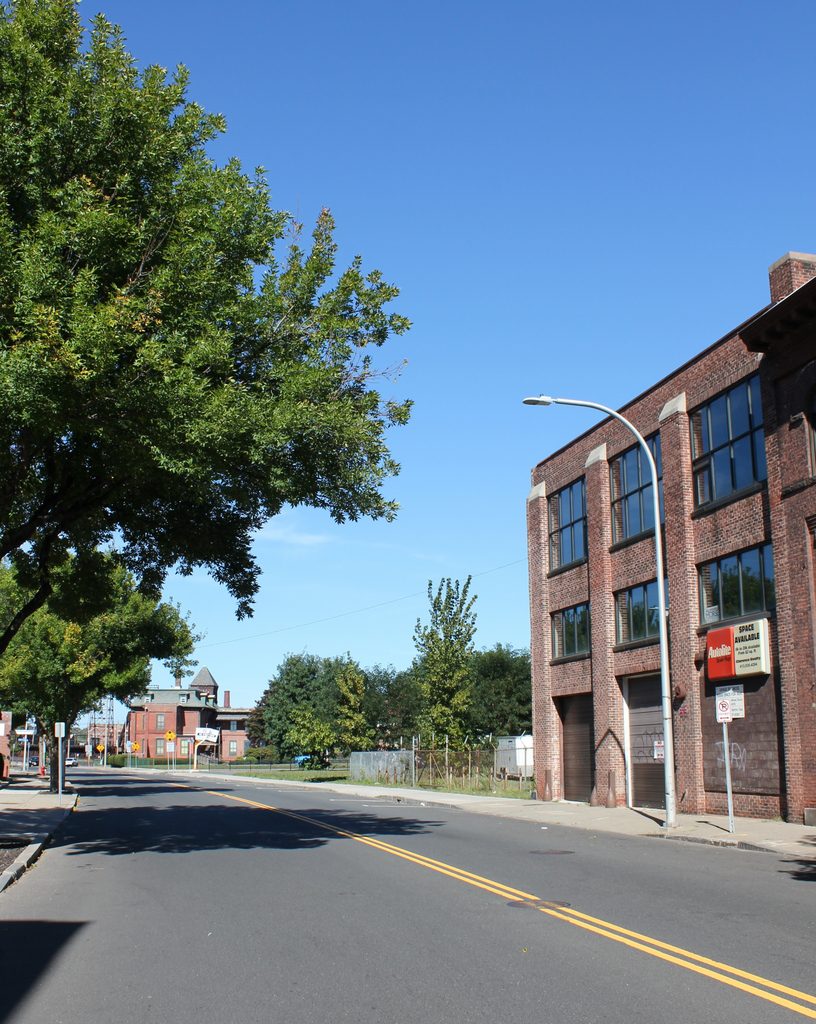 The first photo shows a row of late 19th century buildings along the east side of Main Street, looking north from near Dwight Street, toward Mosher Street. The buildings represent a mix of architectural styles, but the one that stands out the most is the large, highly ornate Romanesque-style Whiting Street Building in the center of the photo. It was built in 1885 at 32 Main Street, and was owned by the estate of Whiting Street, a prominent Northampton philanthropist who had died a few years earlier in 1878. Around the same time, he also became the namesake of the Whiting Street Reservoir, which opened at the base of Mount Tom in 1888, on land that Street had once owned.

One of the early tenants of the Whiting Street Building was the American Pad and Paper Company, which had been established here in Holyoke in 1888 by Thomas W. Holley. The company, which later came to be known as Ampad, built its business around purchasing scraps from the city’s many paper mills, which were then bound into notebooks and sold at competitive prices. In the process, Holley is said to have invented the first legal pad, a development that, if true, likely would have occurred here in this building.

Early on, American Pad and Paper occupied three rooms here at 32 Main Street, and eventually expanded to eight rooms. The company was here when the first photo was taken in the early 1890s, but around 1895 it moved into a building of its own, at the corner of Appleton and Winter Streets. Over the years, Ampad would go on to become a major producer of pads and other office supplies, and it ultimately outlived nearly all of Holyoke’s other paper mills. The company is still in business today, although not in Holyoke. It is now headquartered in Texas, and it closed its last Holyoke facility in 2005.

In the meantime, this building here on Main Street was subsequently occupied by another writing pad company, the Whiting Street Ruling and Stationery Company. Around 1901, it was renamed the Affleck Ruling and Stationery Company, and was described in a 1905 advertisement in the city directory as “Manufacturers Paper, Pads and Tablets, Paper Rulers and Printers. Mourning Cards and Fine Cards for Engravers.” The company remained here until around 1907, but by the following year it had moved to a new location at 18 North Bridge Street.

Today, more than 125 years after the first photo was taken, none of the buildings from that scene are still standing. The one on the far right was likely the first to go, and was replaced by the present-day building at some point during the early or mid-20th century. Most of the other buildings survived until at least the 1970s, although the Whiting Street Building was destroyed in a fire in 1977. The ones further in the distance were still standing a year later, when they were inventoried as part of the state’s MACRIS database of historic resources, but they have since been demolished, leaving only vacant lots where they once stood.