The Breakers in Newport, viewed from the southwest corner of the property, around 1895. Image courtesy of the Library of Congress. 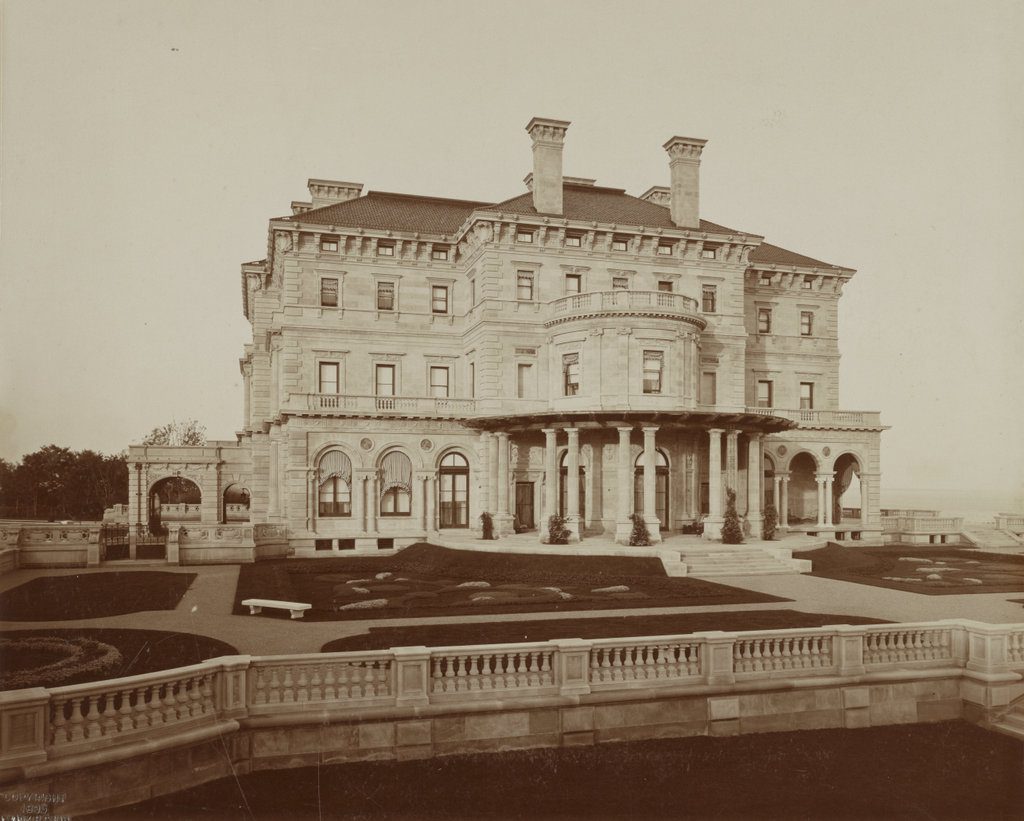 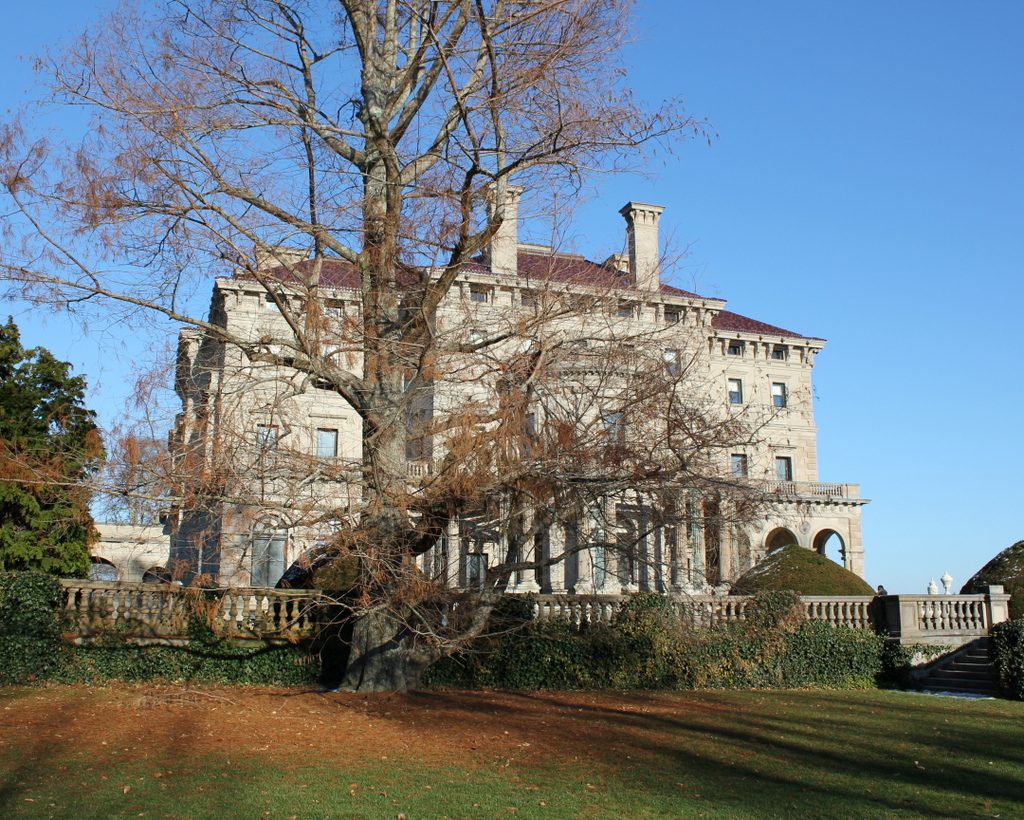 As discussed in an earlier post, The Breakers is the grandest of all the Gilded Age mansions that were built in Newport in the late 19th and early 20th centuries. The 70-room, 125,000-square-foot “cottage” was built between 1893 and 1895, and was the home of Cornelius Vanderbilt II and his wife Alice. The Vanderbilts had purchased the property in 1885, which at the time included a smaller house that was also named The Breakers. This house burned down in 1892, and the Vanderbilts quickly commissioned noted architect Richard Morris Hunt to design its replacement.

The first photo shows The Breakers around the time of its completion. This is actually the side of the house, and it features a portico outside of the first floor music room. Directly above it is the rounded exterior wall of Alice Vanderbilt’s bedroom. At the time, mansions such as The Breakers were typically built with separate bedrooms for the husband and wife, and Cornelius’s was located directly to the left of hers, on the western corner of the house. On the left side of the house is the porte-cochère at the main entrance, and around the corner to the right is the terrace on the southeastern side of the house, which faces the ocean.

Cornelius Vanderbilt died in 1899, only a few years after The Breakers was completed, but Alice continued to own the property until her death in 1934 at the age of 89. She had not only outlived her husband and four of her seven children; she had also outlived the Gilded Age and the philosophy of conspicuous consumption that had led to the construction of The Breakers. The house, like many of the other mansion in Newport, had become an expensive white elephant, with astronomical operating costs from the property taxes, utilities, and the nearly 60 servants who were required to run the house.

Of Alice’s three surviving children, only her daughter Gladys had any interest in the property. She was the wife of Hungarian count László Széchenyi, and she inherited The Breakers after her mother’s death. She continued to own the house until her death in 1965, but starting in 1948 she leased it to the Preservation Society of Newport County, which opened it to the public for tours. Her daughter Sylvia would subsequently sell The Breakers to the organization in 1972, for $365,000, although she was allowed to retain a third-floor apartment for the rest of her life.

Sylvia died in 1998, but her children – the fourth generation to spend summers here in the house – were allowed to continue to use the third floor until early 2018, shortly after the second photo was taken. In the meantime, the first two floors have been open to the public for many years, drawing over 400,000 visitors annually. It is one of nine historic houses owned by the Preservation Society of Newport County, and in 1994 it was designated as a National Historic Landmark because of its historical and architectural significance.