The Rosecliff mansion on Bellevue Avenue in Newport, around 1910-1915. Image courtesy of the Library of Congress, George Grantham Bain Collection. 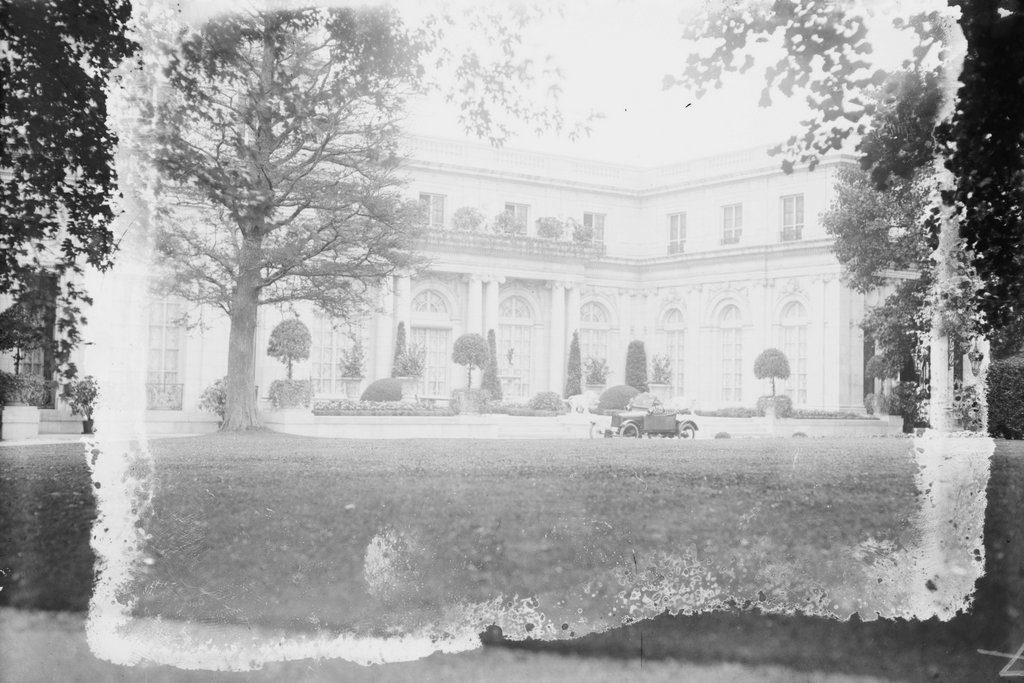 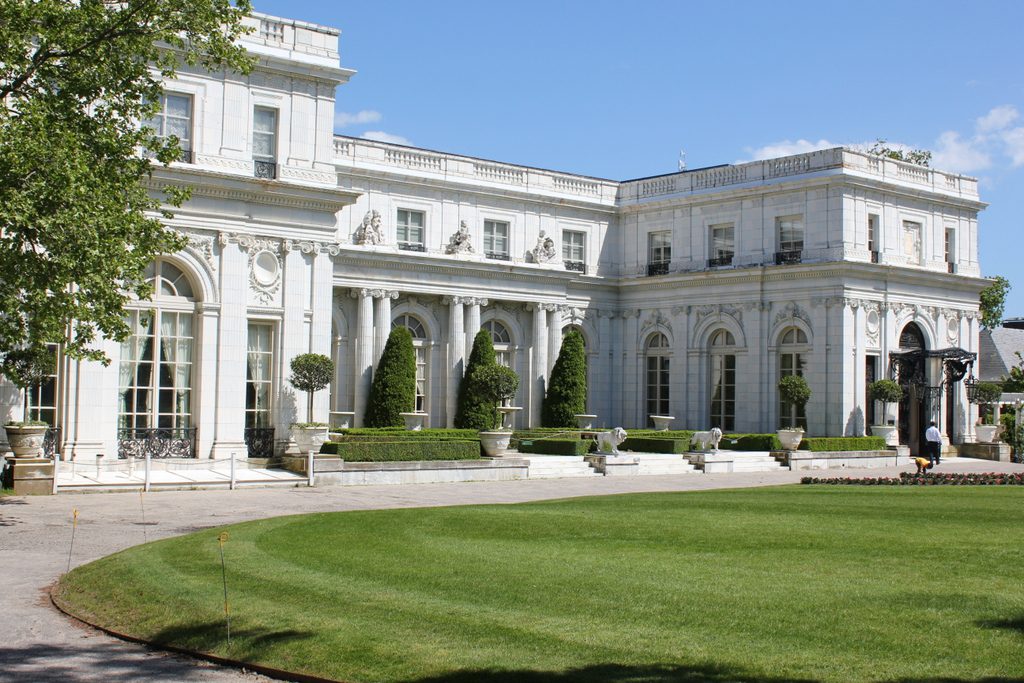 Rosecliff was one of the many Gilded Age summer homes that were built in Newport during the late 19th and early 20th centuries. It was completed in 1902, and was originally the home of businessman Hermann Oelrichs (1850-1906) and his wife, the silver heiress Theresa Fair Oelrichs (1871-1926). The property had previously been owned by George Bancroft (1800-1891), a prominent historian, politician, and diplomat who had served as U. S. Secretary of the Navy from 1845 to 1846, Minister to the United Kingdom from 1846 to 1849, and Minister to Germany from 1867 to 1874. During this time, he maintained a modest summer home here in Newport, which was named Rosecliff for his extensive rose garden.

Following Bancroft’s death in 1891, the Oelrichs purchased the Rosecliff property. The old house was demolished, and they hired the prominent architectural firm of McKim, Mead & White to design a new, larger, and far more elegant replacement. Most of the design work was done by Stanford White, whose earlier Newport commissions included the Isaac Bell House. Although built less than 20 years after the Isaac Bell House, Rosecliff represented a significant shift in White’s designs, from the Shingle style of the 1880s to the Beaux-Arts style of the turn of the century. It also reflected the changes in tastes among the Newport elite, who increasingly demanded summer “cottages” that were modeled after European palaces. In this case, Rosecliff was based on the design of the Grand Trianon at Versailles, which had been built during the reign of Louis XIV.

Hermann and Theresa Oelrichs lived in New York, but spent summers here at Rosecliff, where Theresa was one of the leaders of Newport society. As such, her house was designed for entertaining. Its ballroom, which measures 40 by 80 feet, is the largest in Newport, and it occupies the entire central section of the first floor, between the two projecting wings. The entire house has a total of 30 rooms, is 28,800 square feet in size, and was built at a cost of $2.5 million, or over $73 million today.

The house was built using the wealth that Theresa had inherited from her father, James Graham Fair (1831-1894). Fair had come to the United States in 1843 as a poor young Irish immigrant, but he went on to make his fortune in silver mining following the discovery of the Comstock Lode in Nevada. He also served one term as a U. S. Senator from Nevada, from 1881 to 1887, but was defeated for re-election in 1886. Despite – or perhaps because of – this vast wealth, Fair had a strained relationship with his wife and children, thanks in no small part to his serial adultery. His wife, also named Theresa, divorced him in 1883, and his daughter Theresa did not even invite him to her wedding in 1890. However, this did not stop the younger Theresa from accepting his $1 million wedding gift, nor the $40 million inheritance that she and her sister split after his death in 1894. She would eventually honor his legacy by building the Fairmont Hotel in San Francisco and naming it for him.

Hermann Oelrichs died in 1906, but Theresa continued to spend summers here at Rosecliff until her death in 1926 at the age of 55. Her only child, Hermann Oelrichs, Jr. (1891-1948) inherited the property, but by this point Newport’s massive Gilded Age mansions were falling out of fashion. This would only get worse in the wake of the Great Depression, and Oelrichs ultimately sold the house in 1941 for just $21,000. Adjusted for inflation, this was less than a half of a percent of what his parents had spent to build Rosecliff only 40 years earlier.

The new owner of Rosecliff was Gertrude Niesen (1911-1975), a singer, actress, and Vaudeville performer who was active during the 1930s and 1940s. She owned it for several years, but during this time the house sustained serious damage from a frozen water pipe. She subsequently sold it to Ray Alan Van Clief, who restored the interior, but he was killed in a car accident while on his way to visit the house for the first time after the completion of the renovations.

The next owner of the house was J. Edgar Monroe (1897-1992), a wealthy New Orleans businessman who purchased the property in 1947. He and his wife Louise spent summers here until 1971, when they donated Rosecliff to the Preservation Society of Newport County, a nonprofit organization that owns many of the historic mansions in Newport, including The Breakers and Marble House. The house was opened to the public, and over the years it has also been used as a filming location for a variety of movies, including The Great Gatsby (1974), True Lies (1994), Amistad (1997), and 27 Dresses (2008). Today, the exterior of the house has not significantly changed since the first photo was taken over a century ago, and it is now a contributing property in the Bellevue Avenue Historic District, which was designated as a National Historic Landmark district in 1973.