Looking north on College Street from the corner of Chapel Street in New Haven, around 1900-1906. Image courtesy of the Library of Congress, Detroit Publishing Company Collection. 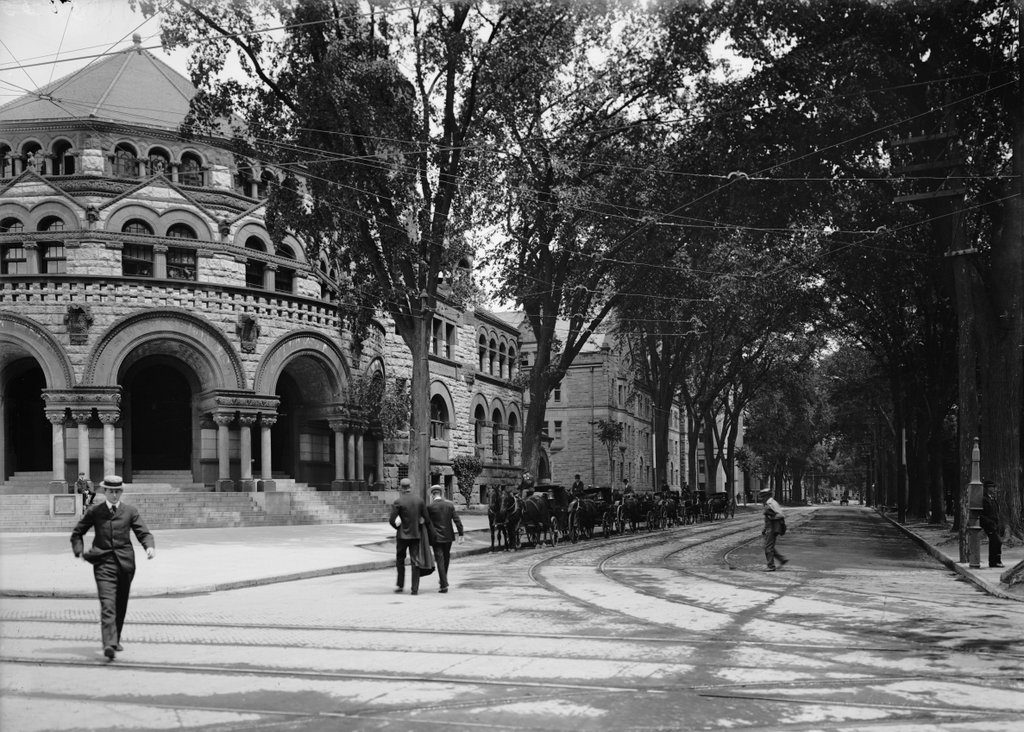 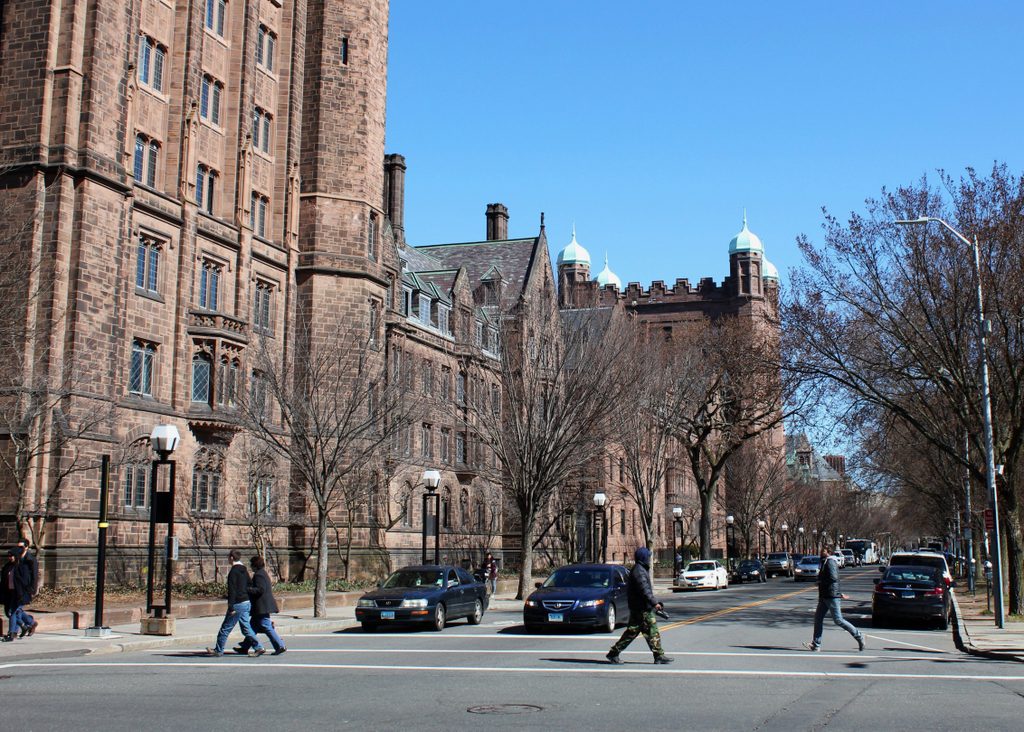 These photos were taken from about the same spot as the ones in the previous post, just angled a little to the right to show the view up College Street. As mentioned in that post, this site has long been important in Yale’s history, starting with the construction of its first building in New Haven in 1718. Over a century later, a rail fence was built here along the perimeter of the campus, and for many years it was a popular hangout spot for Yale students, who would sit and socialize on the fence. However, by the time the first photo was taken at the turn of the 20th century, the old fence was gone, having been replaced by a group of new buildings.

The most visible of these buildings is Osborn Hall, which was used for recitation rooms. It was completed in 1890, with a Romanesque-style exterior that was designed by noted architect Bruce Price. Just beyond it is Welch Hall, a dormitory that was completed a year later and was also designed by Price. Further in the distance, and mostly obscured by trees in the first photo, is Phelps Hall. This building, with its tower-like design and distinctive gate leading into the Old Campus, was completed in 1896, and it is the newest building in the first photo.

Today, this scene looks significantly different from the first photo, thanks to the loss of the trees and the demolition of Osborn Hall. The trees, which once lined both sides of College Street, appear to have been some of New Haven’s ubiquitous elm tees. However, the trees in Elm City, along with those across the rest of the country, were decimated by Dutch Elm Disease in the mid-20th century. Osborn Hall is also gone, having been demolished in 1926 to construct Bingham Hall, a dormitory that now stands on the site. Further in the distance, though, there are some surviving features from the first photo, including both Welch Hall and Phelps Hall, which still comprise part of the Old Campus at Yale.