The Old Campus of Yale University, seen looking west from the New Haven Green, around 1900-1915. Image courtesy of the Library of Congress, Detroit Publishing Company Collection. 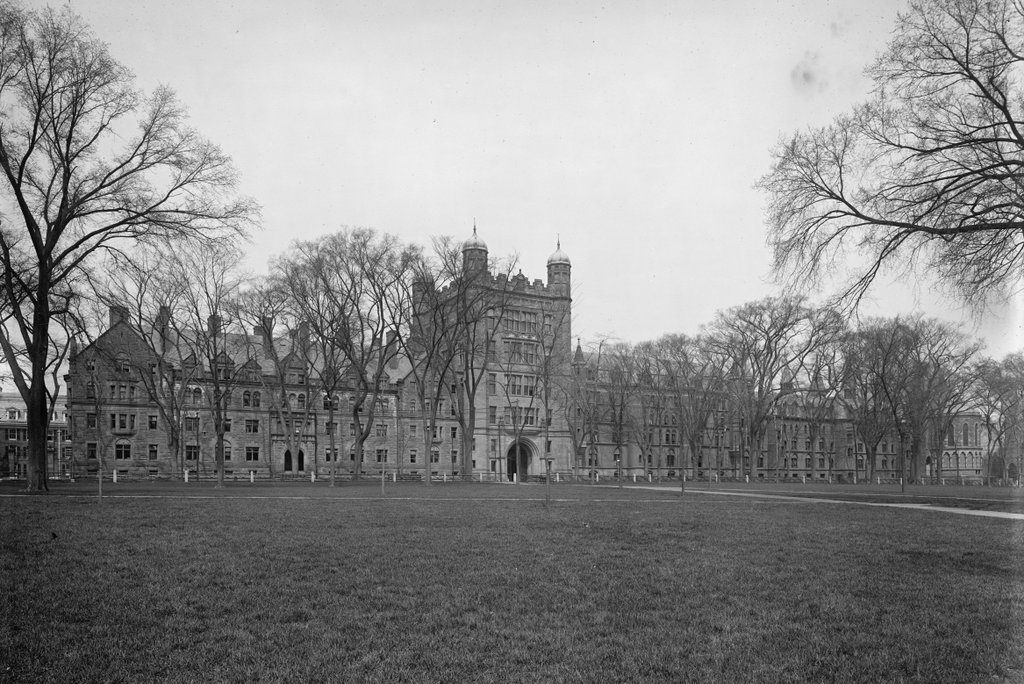 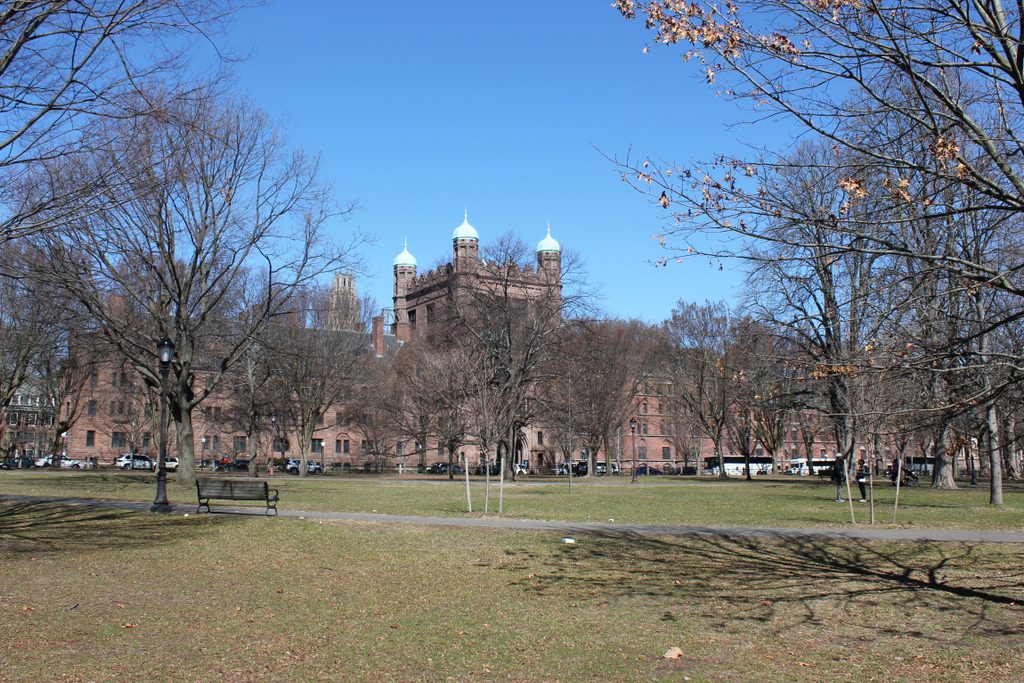 This scene has hardly changed in more than a century since the first photo was taken, yet it would have looked very different just a couple decades earlier, when the Old Brick Row still stood here. Constructed between 1752 and 1824, this group of seven building comprised the bulk of the Yale campus until the late 19th century, when they were steadily replaced by more modern Gothic-style buildings, as seen in the first photo. This transition also marked a dramatic shift in the layout of the campus. Unlike the Old Brick Row, which had been built in a single line that was set back from the street, these new buildings were constructed right up against the street, along the entire perimeter of the block, with a large quadrangle in the center.

These two photos show the east side of the Old Campus, which consists of a group of five buildings along College Street. The oldest of these is Farnam Hall, which stands second from the right. It is somewhat difficult to distinguish from the other buildings, but it is identifiable by its somewhat lower roof line. It was completed in 1870, and was the first of the dormitories to be built under the new campus plan. Immediately to the right of it, on the far right side of the scene, is the Battell Chapel, which was completed in 1876, and to the left of Farnam Hall is Lawrance Hall, a dormitory that was completed in 1886. All three of these buildings, along with nearby Durfee Hall, were designed by noted architect Russell Sturgis, and they all feature the High Victorian Gothic style of architecture that was popular during this period.

The two buildings on the left side of the scene were built a few years later. They were architecturally similar, although their style could perhaps best be described as English Gothic. As explained in a previous post, these were also designed by prominent architects. To the left is Welch Hall, a dormitory that was completed in 1891 and was designed by Bruce Price. The final link in this row of buildings, Phelps Hall, was built five years later. It was designed by Charles C. Haight, who gave it the appearance of a medieval gatehouse. On the ground floor is the Phelps Gate, which serves as the main entrance to the Old Campus from the east, and the upper floors were built with recitation rooms.

Several more buildings would be added to the Old Campus after the first photo was taken, but otherwise the quadrangle was largely complete by the time Phelps Hall was constructed. This particular view has hardly changed at all. The buildings have seen only minor exterior alterations, and the only new building visible in the present-day scene is the Harkness Tower, which was completed a block away from here in 1922, and can be seen in the distance just to the left of Phelps Hall. Another building of interest, which appears in both photos, is Connecticut Hall. Visible in the distance on the far left side of the scene, it is the only surviving building from the Old Brick Row. It was built in 1752, and although threatened with demolition at the turn of the century, it was ultimately restored, and it now stands as the oldest building on the Yale campus.