An ambrotype saloon on the east side of Main Street, between Bridge and Worthington Streets in Springfield, probably sometime in the 1870s. Image courtesy of the New York Public Library. 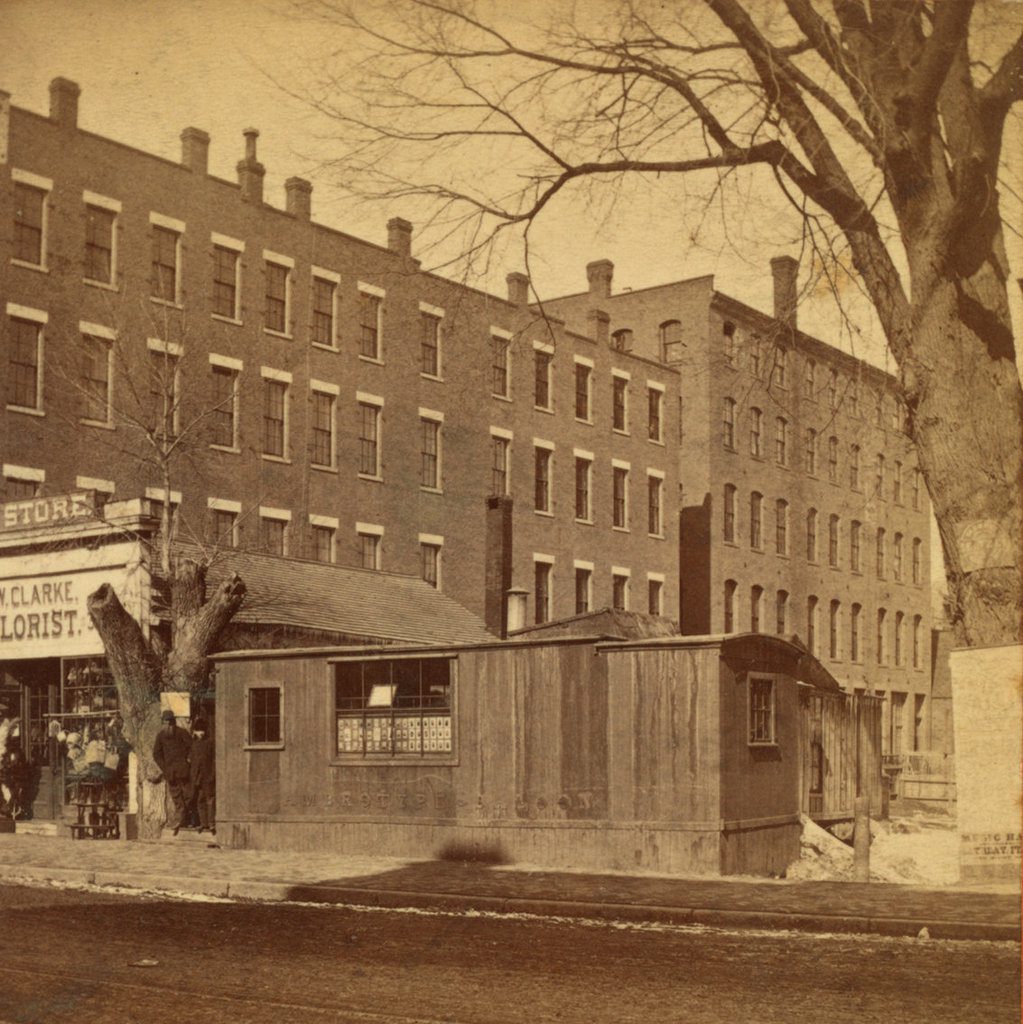 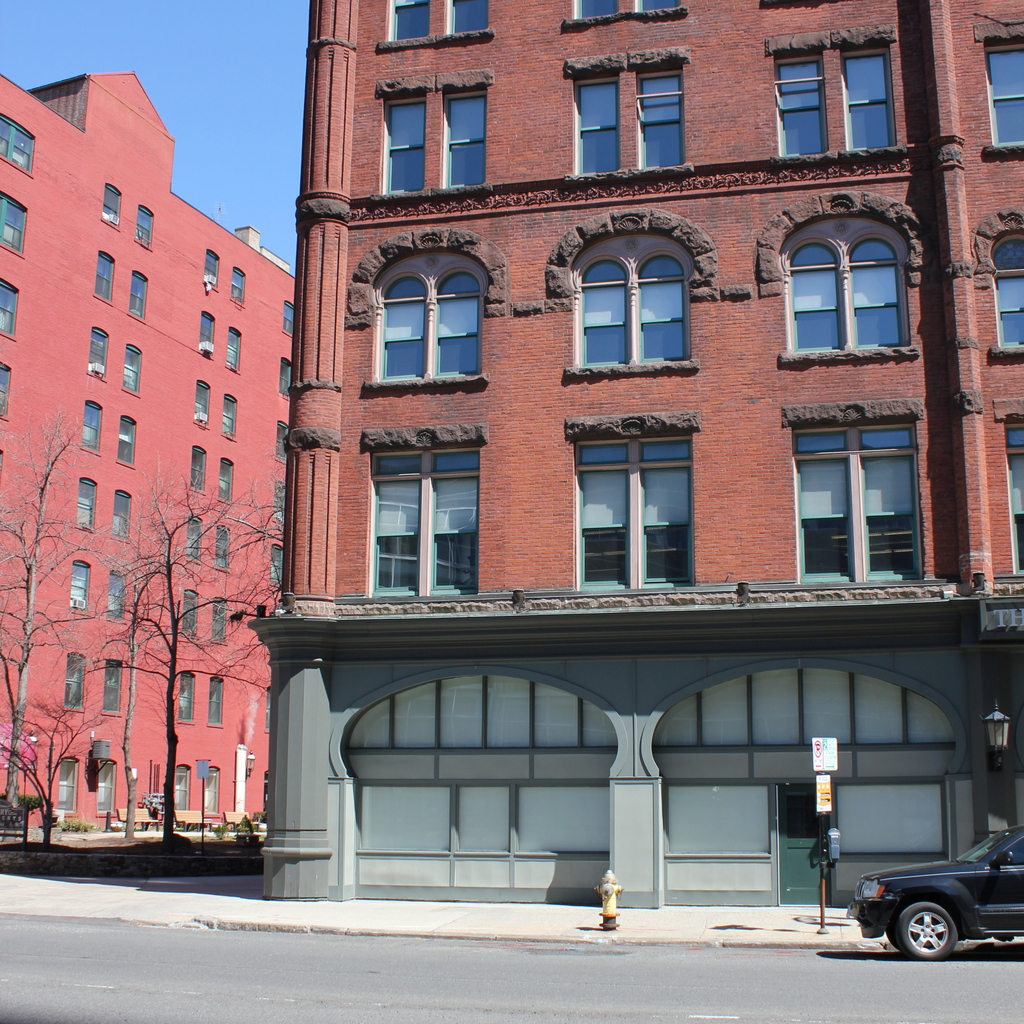 The first photo depicts a small, trailer-like building that appears to have originally been a traveling photographic studio, as suggested by the words “Ambrotype Saloon,” which are barely visible on the side of the building. Common in the mid-19th century, during the early years of commercial photography, these horse-drawn studios – known as saloons – traveled across the countryside in search of business. They were often built by the photographers themselves, and they frequently served as both a workplace and living quarters for their nomadic owners.  A 1917 article in The Youth’s Companion, written by C. A. Stevens, provides the following description:

Those “saloons” were picturesque little structures, not much more than five feet wide by fifteen feet long; they were mounted on wheels. On each side was a little window, and overhead was a larger skylight; and a flight of three steps led up to a narrow door at the rear. The door opened into the “saloon” proper, where the camera and the visitor’s chair stood; forward of that was the cuddy under the skylight, in which the photographer did his developing.

During the heyday of these photographic saloons, the most popular types of images were daguerreotypes and ambrotypes. The daguerreotype was the first widespread form of photography, and it was common throughout the 1840s and 1850s before being superseded by the ambrotype, which was primarily used in the 1850s and early 1860s. With both of these techniques, each photograph was unique. Like Polaroid images a century later, the image was exposed directly onto the surface, so there were no negatives and no way to reproduce an image, aside from photographing it.

By the time the above photograph was taken in the 1870s, both the daguerreotype and ambrotype had long since been replaced by newer photographic processes. The traveling saloon was also becoming a thing of the past, and this particular one had evidently found a permanent home here on Main Street in Springfield. Its wheels were either gone or hidden behind wood paneling, and it appears to have been connected to a building in the rear of the lot.

According to the handwriting on the back, the building was, at the time, the studio of Warren S. Butler, a photographer who appears in city directories as early as 1872. This is likely the earliest possible date for the first photo, although the city directories do not provide a specific location for his studio until 1877, when he was listed here at this address. Despite the words on the side of the building, it is unlikely that Butler would have been producing ambrotypes here during the 1870s. Instead, his primary photographic medium would have been albumen prints such as cartes de visite and cabinet cards, both of which appear to be visible in the window. Unlike the earlier methods, these were made using negatives, which allowed photographers to produce multiple prints of the same image.

Aside from Butler’s appearance in city directories starting in 1872, there are several other clues that suggest the first photo was taken no earlier than the early 1870s. To the left of the studio is a florist shop that was run by Edmund W. Clarke, who, like Butler, does not appear in any directories until 1872. However, perhaps the most conclusive evidence is the presence of two large brick buildings in the background. Located on the southern side of Worthington Street, these buildings do not appear on the 1870 city map, and were likely constructed at some point in the 1870s.

Similarly, the latest possible date for the first photo is about 1886, the last time that Edmund W. Clarke’s florist shop appears at this address in the city directories. Butler is listed here as late as 1887, but both of these buildings were demolished by the end of that year, when this entire half of the block was cleared in order to build the Fuller Block. This five-story brick building was among the finest commercial blocks in the city when it was completed, and it still stands today, occupying a prominent location at the corner of Main and Bridge Streets.