The Trinity Block, at 266-284 Bridge Street in Springfield, around 1938-1939. Image courtesy of the Springfield Preservation Trust. 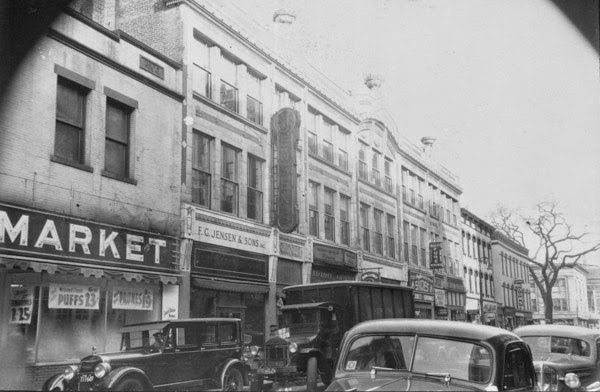 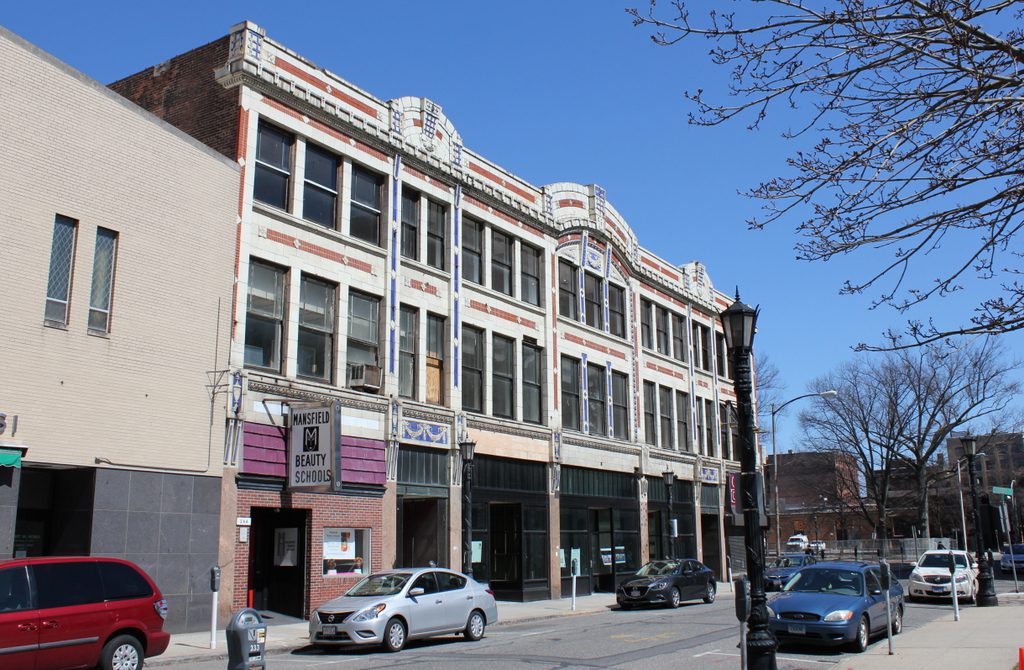 This building was completed in 1923, and it features an ornate, colorful exterior that is decorated with cast stone and terra cotta. The design was the work of local architect Samuel M. Green, and the building was named the Trinity Block, since it was built on the former site of the Trinity Methodist Church, which had been demolished in 1922. The building housed a variety of retail tenants on the ground floor, and the upper floors were used for professional offices.

The first photo was taken about 15 years after the building’s completion, and it shows some of the stores that were located on the ground floor at the time. The most visible of these is F. J. Jensen & Sons, a candy company, bakery, and restaurant that occupied the storefront on the far left. Other businesses in the building during this time included a commercial financing company, a credit bureau, a furrier, an optician, and a shoe store.

Today, the buildings further in the distance along Bridge Street are gone, but the Trinity Block is still standing, with few exterior changes since the first photo was taken some 80 years ago. Shortly after the second photo was taken in 2018, work began on a major renovation of the building, which includes the restoration of the terra cotta exterior. As of October 2019, the work is still ongoing, and the front facade is still behind scaffolding. Because of its architectural significance, the Trinity Block was added to the National Register of Historic Places in 1983, and much more recently, in 2019, it was designated by the city as a single-building local historic district.