The greenhouse and slave quarters, seen from the Upper Garden at Mount Vernon, around 1910-1920. Image courtesy of the Library of Congress, Detroit Publishing Company Collection. 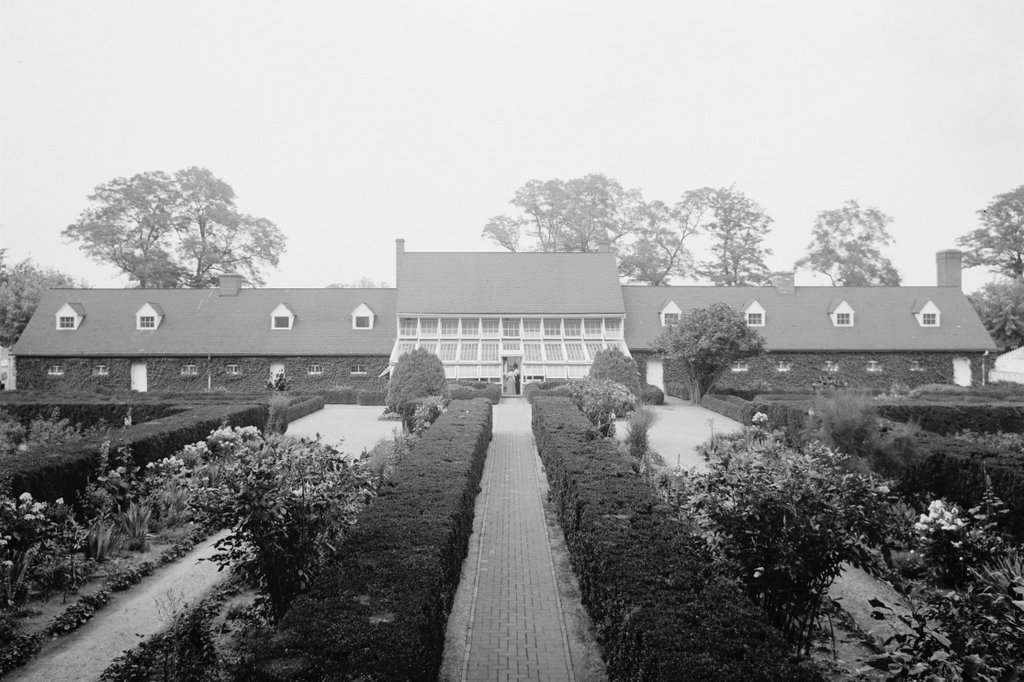 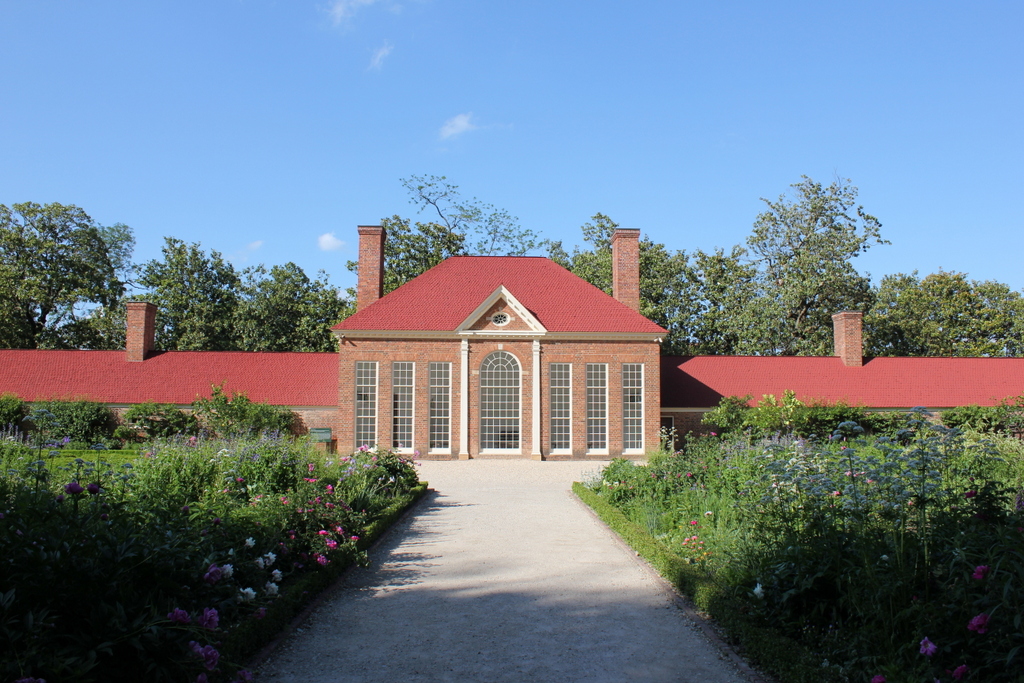 At the time of his death in 1799, George Washington had 317 slaves who lived on the five farms that comprised the Mount Vernon estate. Of these, around 90 slaves lived at the mansion house, and most of them lived in barracks-style quarters here, adjacent to the flower garden. The building, which was completed around 1793, consisted of the women’s quarters on the left, the men’s quarters on the right, and a greenhouse in the center.

The building, which was euphemistically referred to as the servants’ quarters, stood here until 1835, when it was destroyed in a fire. This fire came at a time when the Washington family was struggling to pay the upkeep of the estate, though, and the building was left as a ruin for many years. Even after the Mount Vernon Ladies’ Association acquired the property in 1858, it would take more than three decades before it was restored.

Historian Benson J. Lossing, writing in his 1871 book The Home of Washington, provides the following description of the ruins:

The conservatory was never rebuilt nor the ruins removed. These, now overgrown with vines and shrubs, form a picturesque garden wall, but lose some of their attractiveness to the eye of taste, by the presence of two tall, perpendicular chimneys, which are seen above the shrubbery from every point of view in the garden. These broken walls, too, strike the visitor unpleasantly. They are at the modern carriage entrance to Mount Vernon, and are the first objects associated with Washington that meet the eye on approaching the mansion from the public road.

The greenhouse and slave quarters were ultimately rebuilt in the 1890s, as shown in the first photo, which was taken several decades later. The building subsequently underwent a second reconstruction between 1948 and 1951, restoring the greenhouse to its original appearance. This project was occurring during the same time that the White House was undergoing a major renovation of its own, and many of the bricks that were used to rebuild the greenhouse had been salvaged from the White House. Today, the greenhouse and slave quarters are among the many restored and reconstructed historic buildings on the Mount Vernon estate, and they bear a more historically accurate appearance than they did in the first photo a century ago.