The Liberty Bell, at the base of the tower in Independence Hall, around 1905. Image courtesy of the Library of Congress, Detroit Publishing Company Collection. 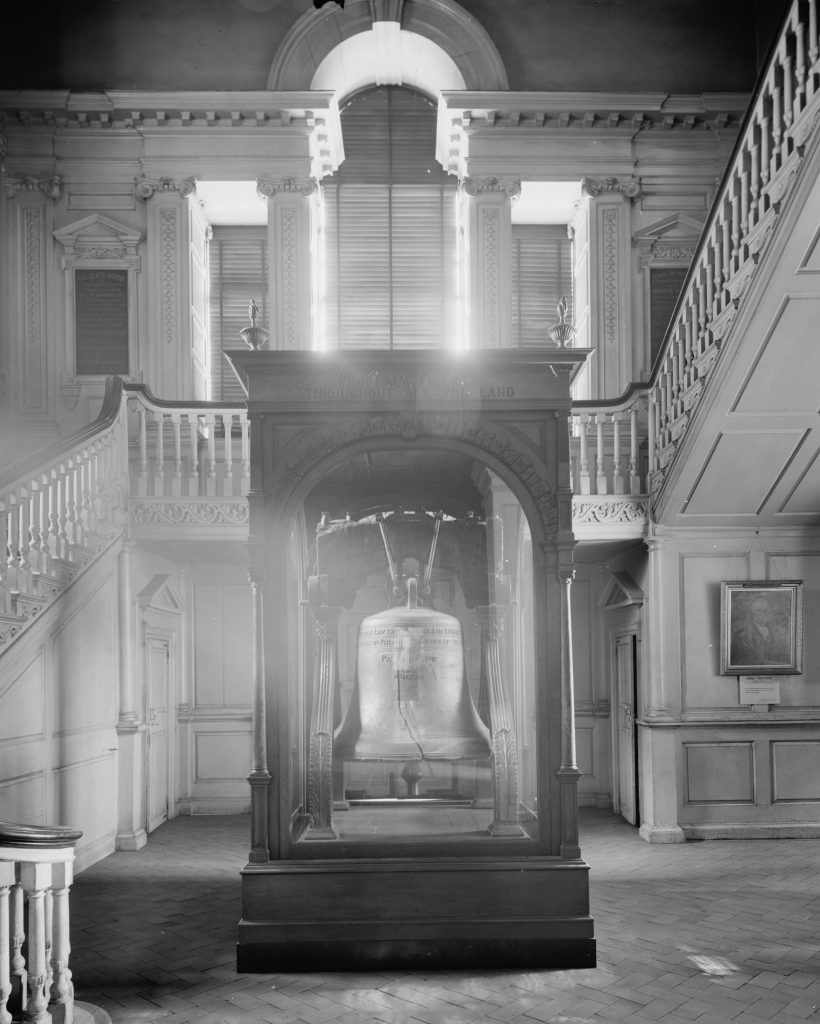 The scene in 2018, without the Liberty Bell: 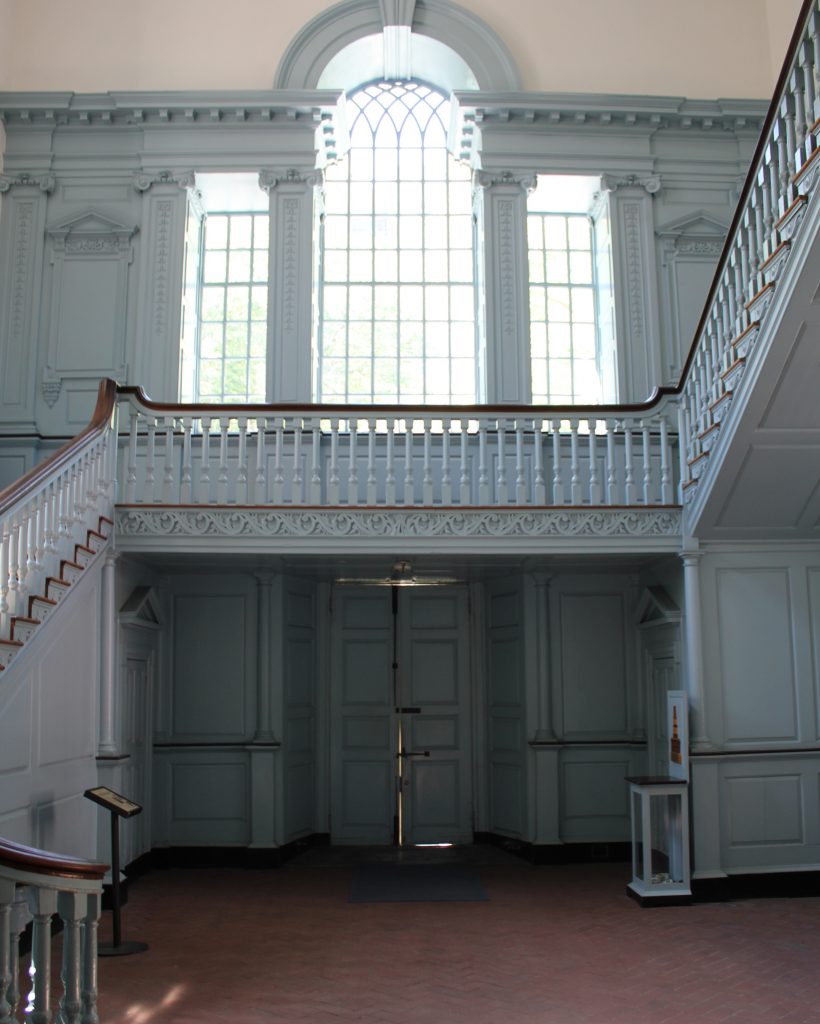 Today, the Liberty Bell is one of the most recognizable symbols of American independence and freedom, perhaps only matched by the American flag and the bald eagle. However, this would have seemed a rather implausible outcome for mid-18th century observers, who would have seen it as a poorly-made English import that barely served its purpose as a bell. The original bell arrived in Philadelphia in 1752, and it was to be installed in the Pennsylvania State House (now Independence Hall), which was then under construction. The first time that it was rung, though, the bell cracked, and in 1753 it was melted down and re-cast by local foundry owners John Pass and John Stow. However, this second bell had a poor sound, so Pass and Stowe again re-cast it, and in 1753 it was hung in the steeple of the State House.

In the early years of the Liberty Bell’s history, Pennsylvania was still a British colony, and the Declaration of Independence was still several decades away. As such, Philadelphians would not have associated the bell with the concept of liberty, although it bore a rather prophetic inscription taken from Leviticus 25:10, which reads, “Proclaim liberty throughout all the land unto all the inhabitants thereof.” Instead, the fame of the Liberty Bell comes from the fact that it sat in the steeple of the State House when the Second Continental Congress declared independence in 1776. Despite popular belief,though, this bell did not ring on July 4 to mark the occasion, as the Declaration of Independence was not made public for another four days. The bell likely would have been one of many that were rung in Philadelphia on July 8 in order to celebrate the Declaration, although there is no direct evidence of this.

The Liberty Bell remained in its perch above the building until 1777, when retreating American forces took it down and removed it from the city, in order to prevent the British from seizing it and melting it down for munitions. The bell returned to Philadelphia a year later, although it was not re-installed in the steeple because of the deteriorated condition of the structure. It was put into storage for the next few years, and in 1781 the old steeple was demolished. Then, in 1785, the bell was installed in the truncated brick tower, beneath where the steeple had been.

It was at some point in the early 19th century, probably between 1817 and 1846, that the Liberty Bell cracked again, giving the bell its distinctive present-day appearance. Also during this time, Independence Hall underwent a renovation, with a new steeple built atop the tower in 1828. As part of this project, the city of Philadelphia also ordered a new bell to replace the old Liberty Bell. John Wilbank received the contract to make the new one, and part of his payment was the Liberty Bell itself, which had a scrap value of $400. However, the cost of removing it would have exceeded this amount, so he let the city keep the bell, thus preventing the historic relic from being melted down for scrap.

By the middle of the 19th century, the Liberty Bell was becoming widely recognized for its historic significance. In 1848, it was moved to the Assembly Room of Independence Hall, where the Declaration of Independence and the Constitution had been signed, and it would remain on display there for the next 50 years. Then, in 1898, it was moved to a new location in the building, at the base of the tower, as shown in the first photo. However, during this time the Liberty Bell also went on tour, traveling by rail to various locations around the country. The last of these occurred in 1915, and the practice was subsequently ended, in part because of the many souvenir hunters who chipped off pieces of the bell during these traveling exhibitions.

Aside from these trips, the Liberty Bell was on display here in the tower hall throughout much of the 20th century. As the bell’s fame continued to grow, though, this space became inadequate for the increasing number of visitors who came here. In 1976, in anticipation of the crowds that would come to celebrate America’s bicentennial, it was relocated to the Liberty Bell Pavilion, which was constructed on the Independence Mall on the other side of Chestnut Street, opposite Independence Hall. It remained there for the next 27 years, but in 2003 it moved again, to the new, larger Liberty Bell Center. The bell is still on display there now, with the view of Independence Hall as its backdrop, and it draws an estimated one million visitors each year.