The Supreme Court Room at Independence Hall in Philadelphia, around 1904. Image courtesy of the Library of Congress, Detroit Publishing Company Collection. 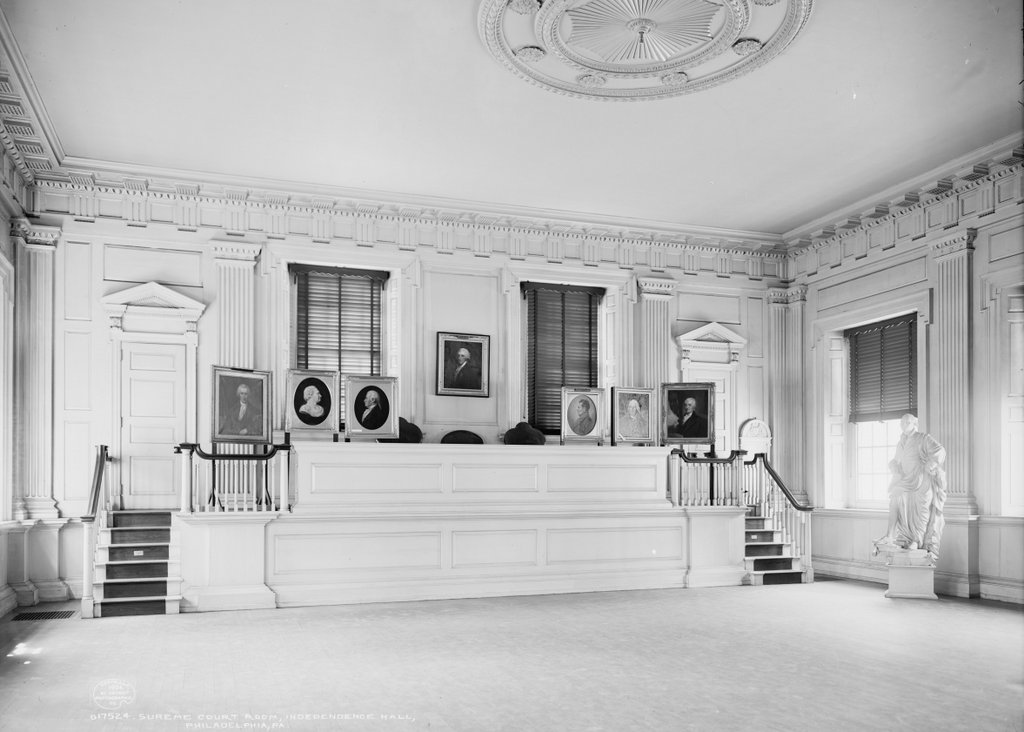 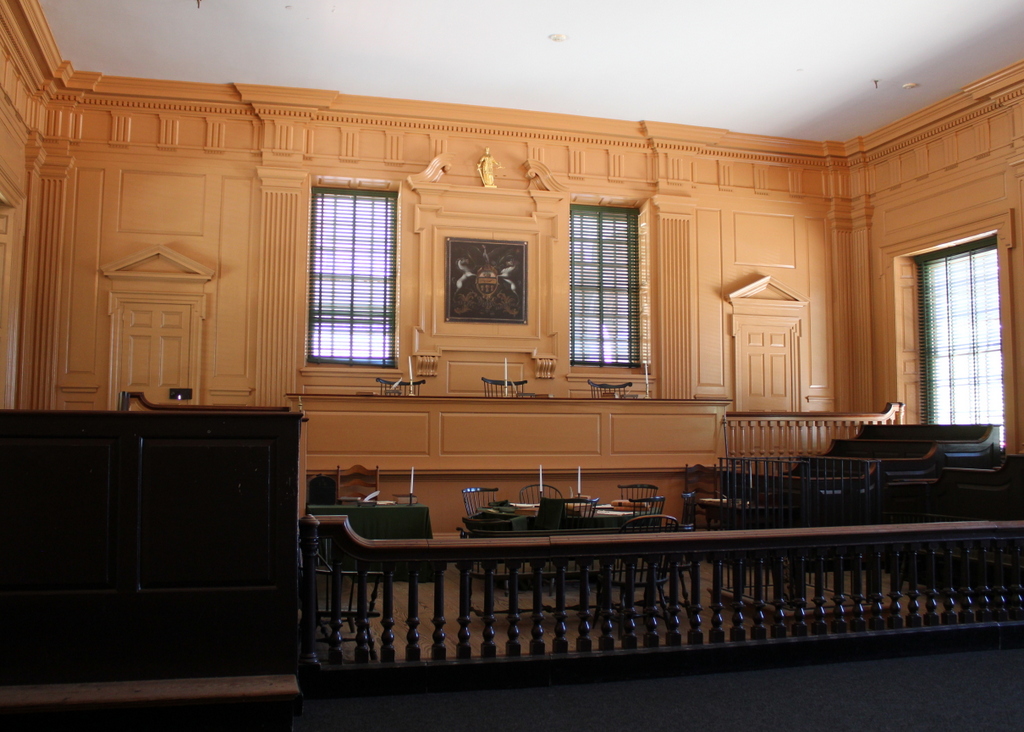 The ground floor of Independence Hall – originally known as the Pennsylvania State House – consists of two large rooms. On the east side is the more famous Assembly Room, where the colonial legislature and Continental Congress met, and where the Declaration of Independence and the U. S. Constitution were signed. On the opposite side of the building is this room, which was originally built as the courtroom for the Supreme Court of Pennsylvania. The two rooms are separated by a central hall, but, unlike the Assembly Room, the courtroom does not have any doors separating it from the hall. Instead, there are three large arches between the hall and courtroom, highlighting the importance of public judicial proceedings.

The Supreme Court met here throughout the 1700s. It originally consisted of three justices, although in 1767 its size was increased to four. During this time, probably its most prominent jurist was Thomas McKean, who served as Chief Justice from 1777 until 1799, when he was elected governor. Prior to his time on the bench, he represented Delaware in the Continental Congress from 1774 to 1776, and 1777 to 1783, serving as the president of Congress in 1783. He was also a signatory to the Declaration of Independence, and he briefly served as president of Delaware in 1777. Another important member of the Supreme Court was John Morton, who served as an associate justice from 1774 until his death in 1777. He was simultaneously a delegate to the Continental Congress, where he signed the Declaration of Independence, and he was also the chairman of the committee that drafted the Articles of Confederation.

This building would continue to be used by the state government until 1799, when Philadelphia lost its status as the capital city to Lancaster. The Supreme Court subsequently relocated there, vacating its old quarters here in Independence Hall. The building was nearly demolished in the early 19th century, but it was instead purchased by the city of Philadelphia and preserved. By the 1870s, the Supreme Court room was in use as a museum, housing paintings and relics from the American Revolution. The room itself had also undergone some changes, including the arches, which had been closed since 1789 and separated from the central hall by a set of double doors.

The Supreme Court room was ultimately restored in the late 1890s, as shown by the first photo. However, the room was not furnished at the time, and its sparse decorations consisted of just a statue and several paintings. The paintings appear to all depict former justices, including William Bradford on the far left, Thomas Smith third to the right, and Thomas McKean on the wall in the center. The room would later undergo another major renovation in the 1960s, bringing it to its present-day appearance. As a result, it looks far more like a courtroom today than it did when the first photo was taken more than a century ago, and the room is, along with the Assembly Room, one of the two major stops on the public tours of Independence Hall.