The house at 62 School Street in Springfield, around 1938-1939. Image courtesy of the Springfield Preservation Trust. 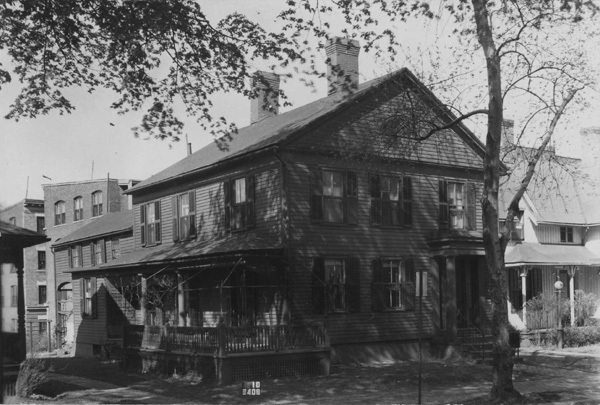 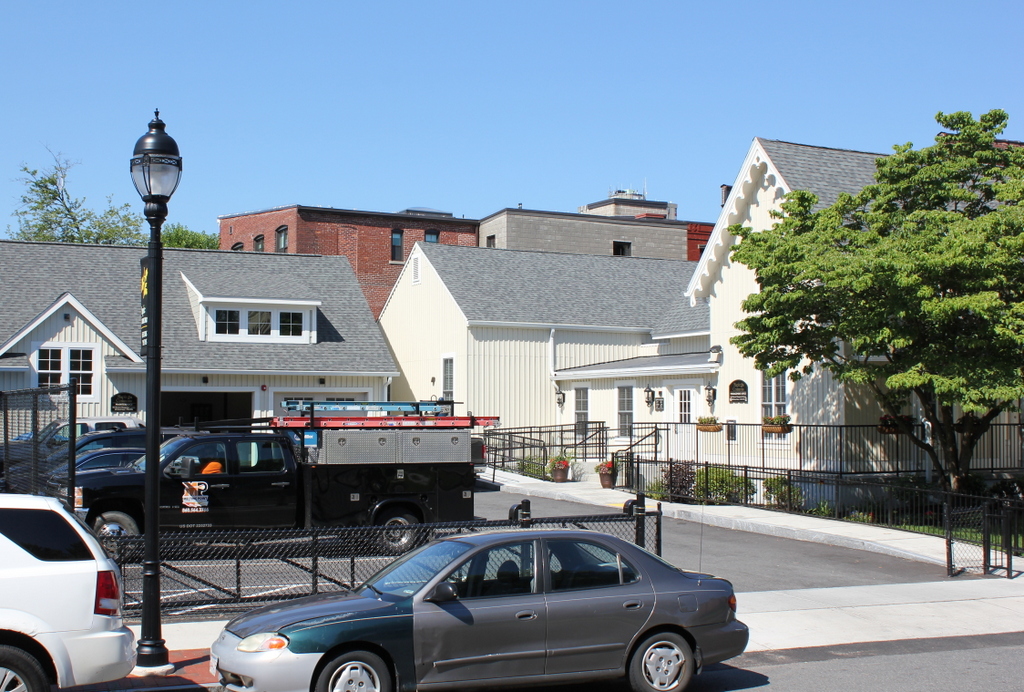 The first photo shows a modest Greek Revival-style house that once stood here on the west side of School Street, just north of the corner of Union Street. It had been here at 62 School Street since the early 1870s, but its architectural style, along with circumstantial evidence, suggests that it is actually much older than this. It appears to have been the house that Samuel Bowles II – founder of the Springfield Republican newspaper – built around the early 1820s, across the street from here at the northeast corner of Union and School Streets. He would have likely been residing in this house when he established the Republican in 1824, and he remained here until his death in 1851, at the age of 54.

His son, Benjamin F. Bowles, subsequently inherited the house, which was still on Union Street at the time, but in 1873 he hired prominent architect Henry H. Richardson to design a new house for him on the same lot. The old house was moved to School Street around this same time, although historical records do not seem to indicate where on School Street it was moved. However, Bowles was listed as living here at 62 School Street in 1874, before moving into his newly-completed house later that year, so this evidence strongly suggests that he moved his old house here, lived in it during the construction, and then moved out when his new house was finished.

By the fall of 1874, Bowles had listed this house for sale or rent, with a classified ad in the Springfield Republican that included the following description:

The dwelling-house, No. 62 School Street, near the corner of Union Street, lately occupied by me. The lot os 50 feet front by 128 deep. On the first floor are a wide hall, parlor, library, dining-room, kitchen, front and back stairs, large pantries, etc. Second floor — four chambers in the main part and two in the L. A laundry in the basement, and dry cellar under the whole. The walls of the house are brick-lined, it is provided with double windows, and it is economically heated. The house will be shown on application to me.

Benjamin Bowles was the younger brother of Samuel Bowles III, who had taken over as editor of the Republican after their father’s death. Benjamin also worked for the newspaper, but, like their father, they both died relatively young. Benjamin was only 43 when he died in 1876 in Paris, only two years after his new house was completed, and Samuel died two years later at the age of 51, after having been in poor health for many years.

Despite his efforts to sell this School Street property, Benjamin still owned the house at the time of his death, and it would remain in his family until at least the early 1880s. However, it was used as a rental property during this time. Starting around 1876, it was the home of Henry C. Bixby, a clerk for the Boston & Albany Railroad. The 1880 census shows him living here with his wife Selena, their two young sons, and a servant, and they would remain here for several more years before moving down the street to 25 School Street by the mid-1880s.

The house was subsequently occupied by Theodore C. Beebe, a wool waste dealer. He was living here as early as 1886, and by the 1900 census he was 63 years old, and his household included his wife Amanda and three of their children: Jane, Philip, and Alexander. Theodore died in 1910, but the rest of the family continued to live here. By this point, Philip was working as an assistant cashier for the Springfield National Bank, and Alexander was vice president of the Rogers Sporting Goods Company. Philip moves out at some point in the early 1910s, and Amanda died in 1914, but Alexander lived here until 1922, at which point he was secretary and treasurer of the Sterling Textile Company.

When Alexander moved out, this left only Jane still living here in the family home on School Street. She apparently did not work, but she took in lodgers you help supplement her income. The 1930 census shows here living here with three lodgers, and a decade later – around the time that the first photo was taken – she had two lodgers and a housekeeper. Jane continued to live here until the early 1950s, nearly 70 years after she first moved into the house as a child, and she subsequently lived in Longmeadow and Holyoke before her death in 1964 at the age of 87.

The house was still here until at least the mid-1960s, but it was demolished at some point within the next decade or two. The site is now a small parking lot, with a garage in the rear of the property, as shown in the 2018 photo. However, most of the surrounding buildings are still standing, including the Gothic-style house to the right at 60 School Street, and the apartment building in the distance on High Street.