The house at 66 School Street in Springfield, around 1938-1939. Image courtesy of the Springfield Preservation Trust. 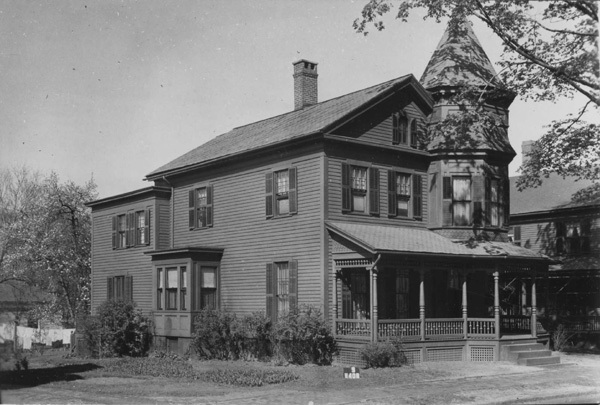 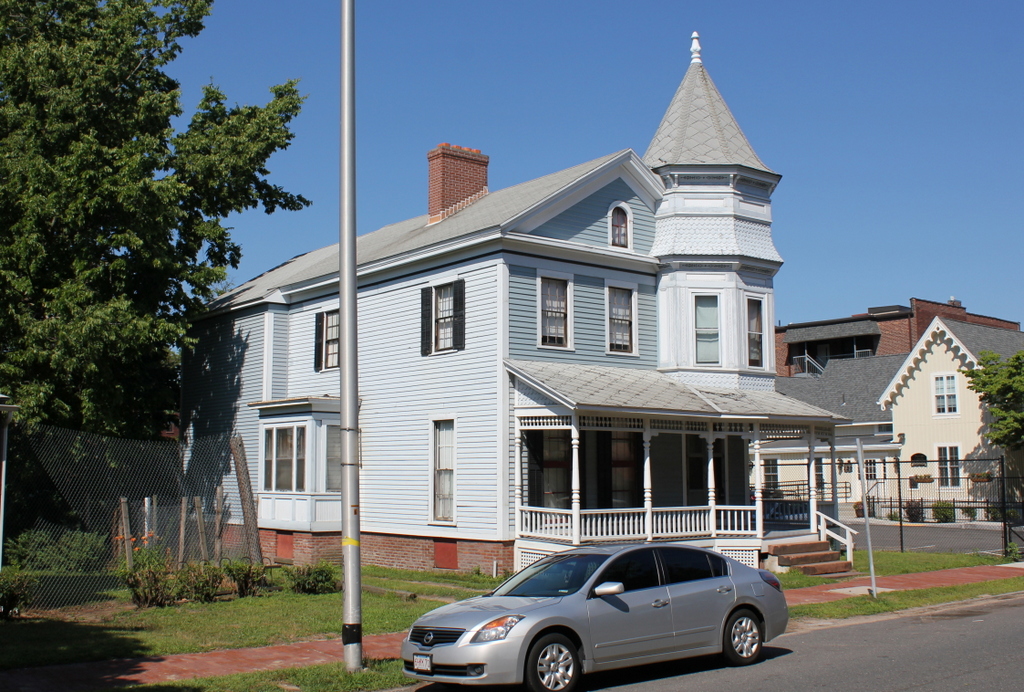 According to city records, this house was built in 1851, and its Italianate-style architecture seems to suggest that this date is accurate. However, the house does not appear on the 1851, 1870, or 1882 city maps, suggesting that it may have been moved to this site during the late 19th century. If it was in fact moved, this most likely occurred in 1888, when the 66 School Street address first appears in city directories. The ornate turret was probably added to the right side around this same time, creating an unusual blend of Italianate and Queen Anne architectural styles.

The 1888 directory shows that this house was the home of Sarah Hurd, a high school teacher who lived here for about two years. By 1893, it was owned by Atkins E. Blair, a pork dealer in the firm of A. C. Hunt & Co. The 1900 census shows him living here with his wife Harriet, their daughter Rachel, Harriet’s father Charles Simons, and two servants.

The Blair family would continue to live here for many years. Rachel married her husband, Charles D. Bowers, in 1924, in a ceremony that was held here at the house. The couple moved into his house, which was up the hill from here on Union Street. However, by the 1930 census, Rachel was again living here on School Street, while Bowers was listed as living at the YMCA on Chestnut Street. They were still married at the time, but they would subsequently divorce.

In the meantime, Atkins Blair died in 1927, leaving an estate that was valued at around $180,000, or nearly $2.7 million today. However, Harriet was still here when the first photo was taken in the late 1930s, and the 1940 census shows her and Rachel as the only two residents of the house. Harriet lived here until her death in 1951, at the age of 90, and Rachel moved out and remarried soon afterward.

Since then, the exterior of the house has remained well-preserved, with few changes since the first photo was taken some 80 years ago. The neighboring house at 62 School Street was demolished sometime around the 1960s or 1970s, but otherwise many of the surrounding buildings are still standing from the late 19th and early 20th centuries. These properties, along with this house, are now part of the city’s Lower Maple Local Historic District.