Looking north on the Concord River from the middle of Old North Bridge in Concord, around 1908. Image courtesy of the Library of Congress, Detroit Publishing Company Collection. 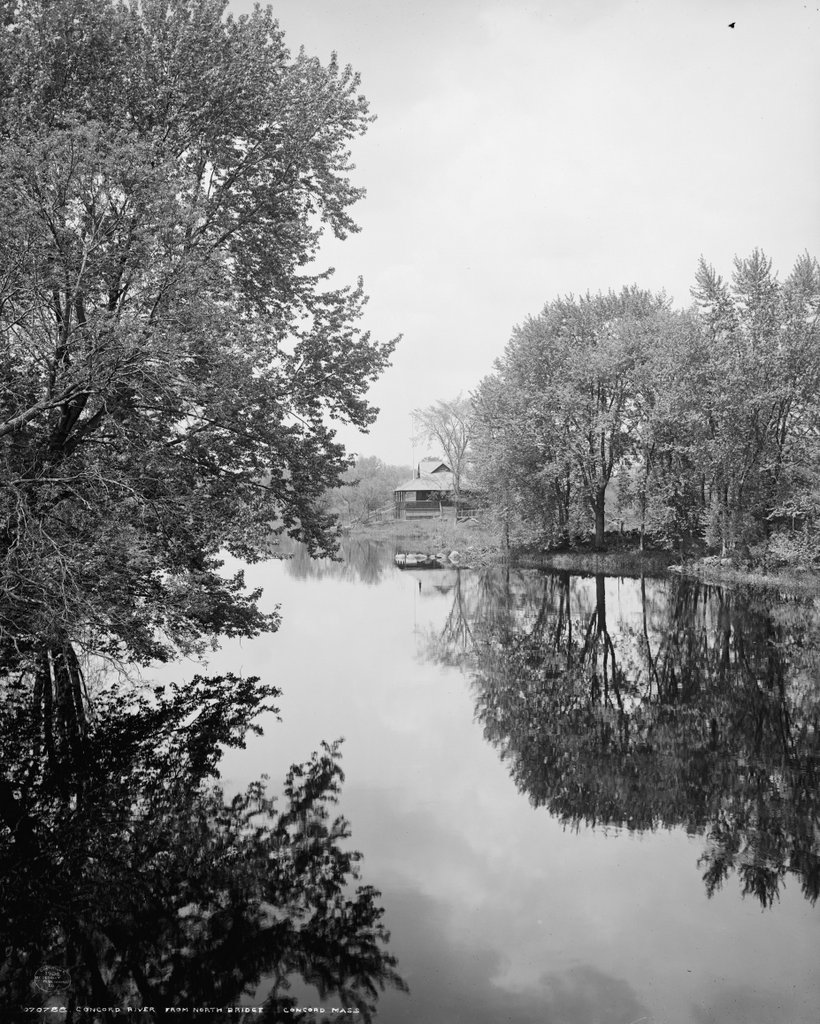 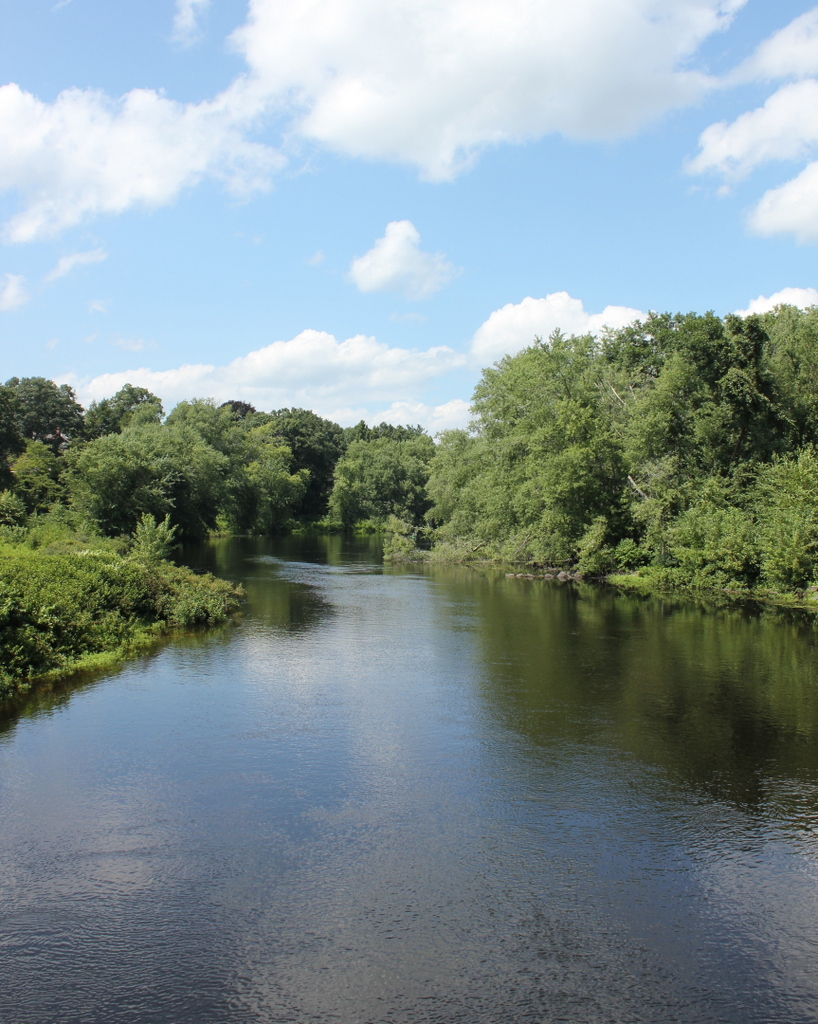 These photos were taken facing north from the middle of the Old North Bridge in Concord, looking downstream on the Concord River. The river forms about a half mile upstream from the bridge, at the confluence of the Assabet and Sudbury Rivers, and it flows north from here for about 16 miles, eventually entering the Merrimack River in Lowell.

This site here is probably the best-known spot on the Concord River, as it was the site of the Battle of Concord, which occurred on April 19, 1775. Along with the Battle of Lexington, which had occurred several hours earlier, it marked the beginning of the American Revolution. During the battle, the colonial militiamen had assembled on the west bank of the river, on the far left side of the scene, in an effort to prevent British forces from seizing colonial military supplies. The British, on the east bank, opened fire, resulting in the militiamen returning fire with what came to be known as the “shot heard round the world,” as it resulted in the first British fatalities of the war and forced the redcoats to retreat back to Boston.

During the 19th century, the battlefield was marked by two famous monuments, with one on each side of the river. Since 1874 there have also been a series of commemorative bridges built on the site of the original bridge, which had been removed in 1788. The photographer of the first photo captured this scene from the second such bridge, which was built in 1888 and was destroyed in a flood in 1909, about a year after the photo was taken.

In the center of this photo is the boathouse for the Concord Canoe Club, which stood on the east side of the river on what was known as Honeysuckle Island. The club was established in 1902, and the boathouse was probably built around the same time. However, in 1909 the club built a new boathouse just to the south of this one, closer to the foreground on the far right side. The club existed until at least the 1920s, but both boathouses are now long gone, and the present-day scene actually looks more like its 1775 appearance than it did in the early 20th century.

Today, the bridge and the surrounding battlefield, including the land on both sides of the river in this scene, is now part of the Minute Man National Historical Park. This park, which was established in 1959, preserves important sites and buildings related to the battles of Lexington and Concord, and in recent years it has drawn upwards of a million visitors each year. However, years after the demise of the Concord Canoe Club, the river remains popular among recreational paddlers, and on summer days it is not uncommon to see groups of anachronistic kayaks passing through an otherwise colonial-era setting.