The house at 491 Lexington Road in Concord, around 1910-1920. Image courtesy of the Library of Congress, Detroit Publishing Company Collection. 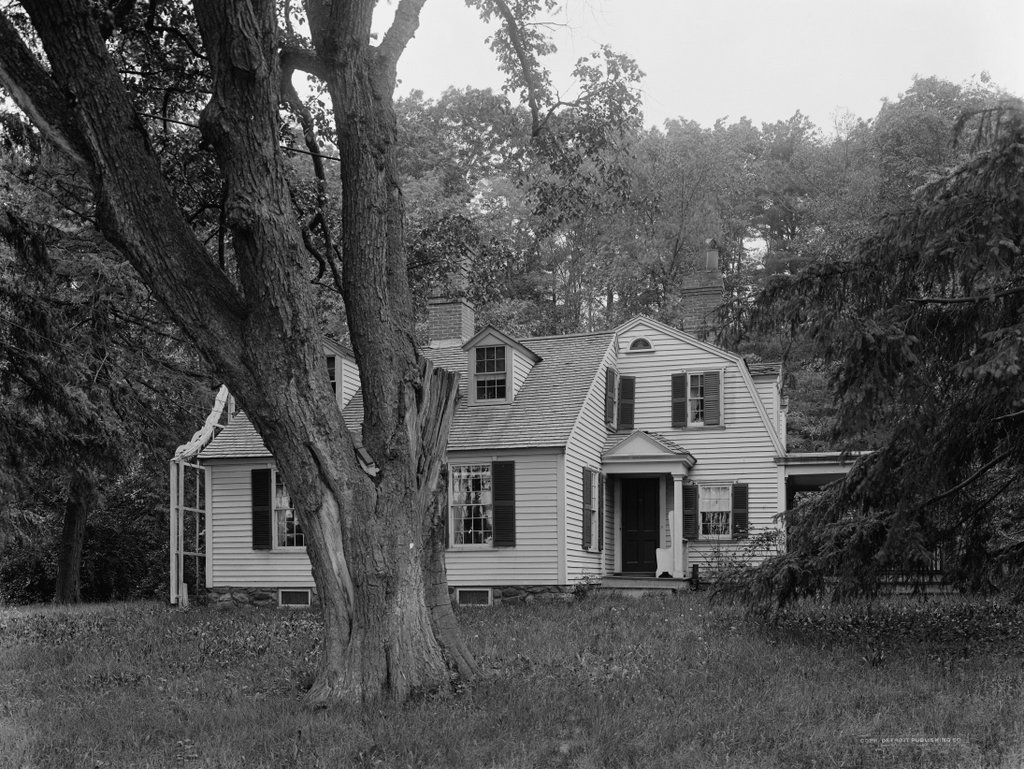 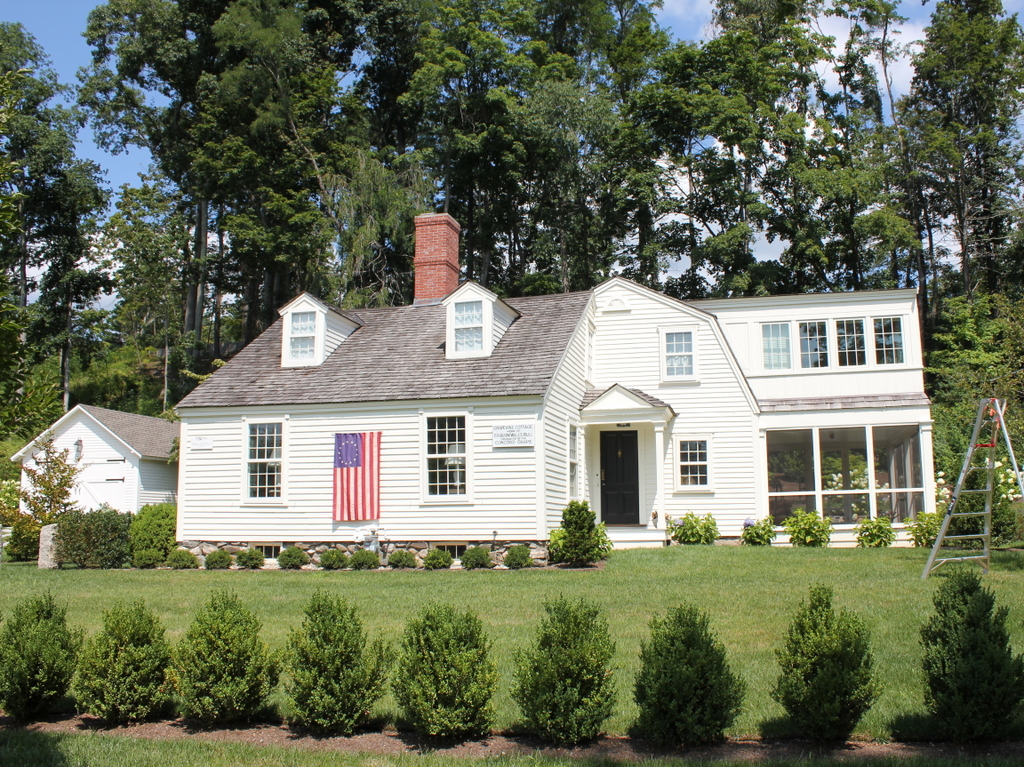 This house is famous for being the place where the Concord grape was developed in 1849, although the house itself is actually much older than that. It was built sometime in the late 17th or early 18th centuries, making it among the oldest surviving buildings in Concord. The main section of the house, in the center-left of this scene, is the oldest portion, and it was standing here by 1716, when it was the home of blacksmith Thomas Ball. For more than a century afterward, the house was occupied by a succession of blacksmiths, the last of whom was Nathaniel French, who rented the property until his death in 1834.

Two years later, another metalworker moved into this house. Ephraim Wales Bull was a goldbeater, which involved hammering gold into thin sheets of gold leaf. He was originally from Boston, but by the 1830s he had begun to experience lung problems, so his doctor recommended that he leave the polluted city and move to the countryside. Here in Concord, he continued to work as a goldbeater in a shop behind his house, but he was also an amateur horticulturalist, so he spent a significant amount of time growing plants in his garden.

One of Bull’s goals was to create a grape cultivar that would ripen early and could withstand the cold New England climate. In 1843, he found a wild grapevine—the fox grape—growing on his property, and he planted the seeds from this vine in his garden, alongside cultivated Catawba vines. The resulting hybrid seedlings grew for the next six years, and in the fall of 1849 one of the vines produced satisfactory grapes. He named this cultivar Concord, and in 1853 he exhibited it at the Massachusetts Horticultural Society, where it received high praise. Concord grapes became commercially available the next year, and they have remained popular ever since.

Bull subsequently had success in state and local politics, serving in both houses of the state legislature, on the state board of agriculture, and on Concord’s board of selectmen and school committee. However, despite the widespread recognition that he received for having developed the Concord grape, he received little financial benefit from it. He earned about $3,200 from selling seedlings during the first year, but commercial nurseries subsequently began growing and selling their own plants, without paying any royalties to Bull. By the end of his long life, he was in extreme poverty and his house had become badly deteriorated, and he died in 1895 at the age of 89.

After Bull’s death, his neighbor Harriett Lothrop purchased the house. She lived a few houses down at Nathaniel Hawthorne’s former home, The Wayside, and she was a noted children’s book author, best known for her Five Little Peppers series, which were written under the pen name of Margaret Sidney. Aside from her writing, she was also interested in historic preservation, so she soon began restoring the old house. By the time the first photo was taken around the 1910s, Lothrop had named the house “Grapevine Cottage,” and she owned it as a rental property. The original Concord grapevine was still growing here at the time, although it is not visible in this photo.

Today, more than a century after the first photo was taken, the house is still standing. It has seen some changes, most notably the addition of an enclosed second-story porch on the right side, but otherwise it looks much the same as it did in the first photo. It has recently undergone another restoration, including remodeling the interior, and it stands as a rare surviving example of an early colonial-era house in Concord, in addition to its historical significance as the birthplace of the Concord grape.