The view looking east across the Old North Bridge in Concord, around 1890-1901. Image courtesy of the Library of Congress, Detroit Publishing Company Collection. 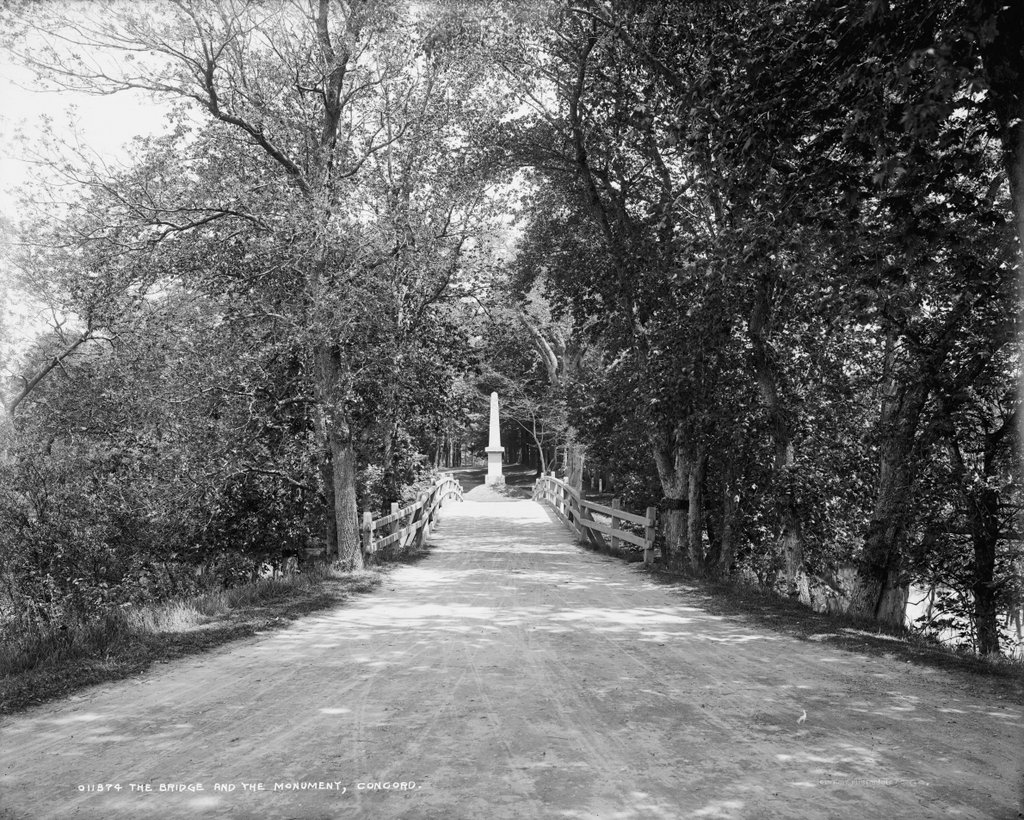 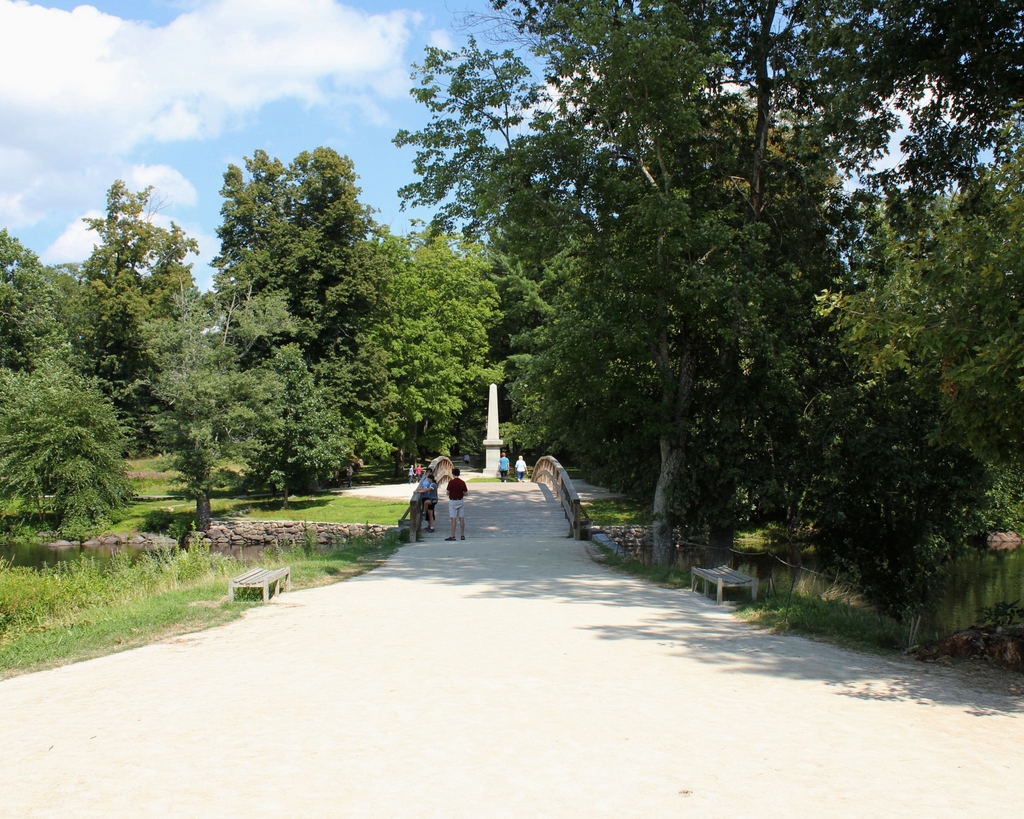 The Old North Bridge was discussed in more detail in an earlier post, which shows the view looking west across the bridge. However, this view shows the opposite side of the bridge, facing east from directly in front of the famous statue The Minute Man. The bridge was the site of the Battle of Concord, which occurred on April 19, 1775, only a few hours after the first shots of the American Revolution were fired in a skirmish in nearby Lexington.

Although the Battle of Lexington came first, it was almost entirely one-sided, and the British continued their march to Concord with only a single wounded soldier, compared to eight dead and ten wounded militiamen. As a result, it was here in Concord that the British first encountered significant resistance from the colonists. Prior to the battle, the British had secured the bridge during their search for hidden military supplies. However, as the colonial militiamen began assembling on the west side of the river, the outnumbered redcoats withdrew to the east bank, where the monument stands in the distance of this scene.

When the battle began, the militiamen were approaching the bridge from approximately where these photos were taken. At this point, some of the British soldiers began opening fire, evidently under the mistaken impression that their commanding officer had given the order. Two militiamen at the head of the line, Private Abner Hosmer and Captain Isaac Davis, were killed, but the colonists did not break ranks. Instead, they returned fire with a devastating volley that killed three redcoats and wounded nine more. This came to be known as “The shot heard round the world,” and it was the first time that American colonists killed British soldiers in battle. It also forced the British to retreat, marking the first American victory of the war.

The original bridge here across the Concord River was removed several years after the end of the war, and the roads were rerouted to a new bridge nearby. As a result, for many years there was little evidence of the brief but momentous battle that was fought here. The first memorial here on the battlefield was the obelisk in the distance of this scene, which was installed in 1836 and dedicated a year later. At the time, there was still no bridge here, so the monument was placed on the east bank, where it was more reality accessible from the center of town. A new bridge would not be constructed until 1874, in advance of the battle’s centennial celebration. As part of the centennial, the statue The Minute Man was dedicated here on the west side, marking the colonial position during the battle.

By the time the first photo was taken around the turn of the 20th century, the bridge had been replaced again after the 1874 one was destroyed in a flood. This one was, in turn, destroyed in a 1909 flood, and its replacement was a concrete bridge that was designed to resemble the original one. However, it sustained heavy damage in a flood in 1955, and it was subsequently replaced by the current one, which is a wooden replica of the original. Aside from the bridge, though, this scene has remained well-preserved, with few changes since the first photo was taken, and the battlefield is now part of the Minute Man National Historical Park, which was established in 1959.