The offices of the Monarch Life Insurance Company at 365 State Street in Springfield, around 1938-1939. Image courtesy of the Springfield Preservation Trust. 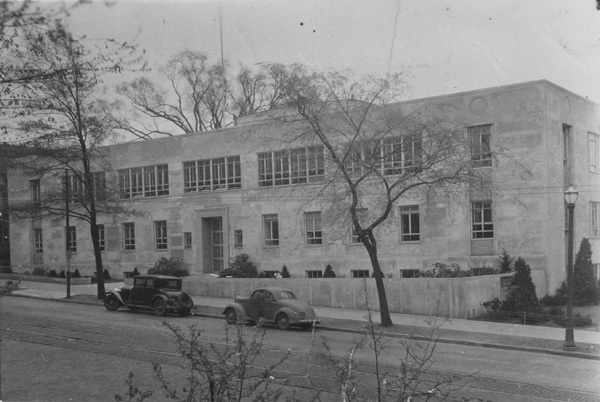 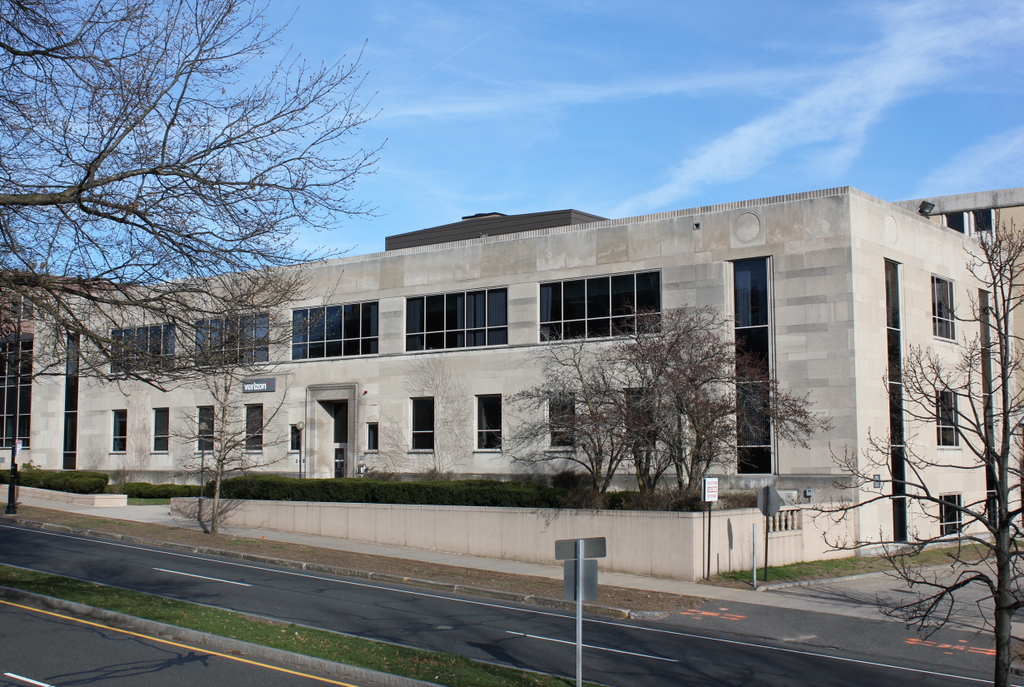 This building was constructed in 1938 as the home of the Monarch Life Insurance Company. Founded in 1901 as the Masonic Mutual Accident Company, it was one of several important insurance companies that were headquartered in Springfield during the early 20th century. The company originally had its offices on Elm Street, but later moved to two different locations on State Street before purchasing a house at 14 Maple Street and converting it into offices in 1924. However, it soon outgrew that building, and in 1937 the company began planning a new headquarters here on State Street, opposite the Springfield Armory.

Work began in June 1937, and the cornerstone was laid in November. The building was completed the following June, and the first photo was probably taken within about a year afterward. It was designed by Hartford architect Carl J. Malmfeldt, with an exterior that was vaguely Art Deco in its appearance. Although rather boxy and with little ornamentation, its appearance was praised by contemporary accounts in the Springfield Republican, which described it as “a building of pleasing proportions and simple lines, devoid of purposeless decoration.” Another article, published shortly before the building opened, provided the following description:

It is a distinct architectural asset to the old street. Its completion, with the outside embellishments of lawns and shrubbery in such excellent taste, dispels all doubt that may have been felt when the structure was but half finished. There may have been those who wondered what the State street of the 20th century was coming to, but it now appears that the Monarch building is the fair queen of the hill.

On the interior, the building included 35,000 square feet of space on three floors. The main floor housed the executive offices on the right side, and on the left side was the sales department, and auditorium, and training rooms. On the upper level was the general office, which extended the entire length of the building and included space for the various departments, private offices for the department managers and medical staff, and the tabulating machine that was used by the statistical department. The ground floor, which is largely hidden from view from the street, included the cafeteria, along with space for shipping, printing, and for supply storage.

Monarch Life Insurance ultimately remained here at this location for just 20 years, before merging with the Springfield Fire and Marine Insurance Company in 1958 and moving into its offices further east on State Street. This building was then sold to the New England Telephone and Telegraph Company. This company has owned it ever since, although it has undergone several mergers and name changes, and it is now Verizon New England, as indicated by the sign in the present-day photo. Aside from this change in use, though, the building’s exterior appearance remains largely the same as it looked when it was completed more than 80 years ago. From this angle, the only significant difference is the windows, but otherwise it stands as a well-preserved example of Depression-era architecture in Springfield.