The house at 265 State Street in Springfield, around 1938-1939. Image courtesy of the Springfield Preservation Trust. 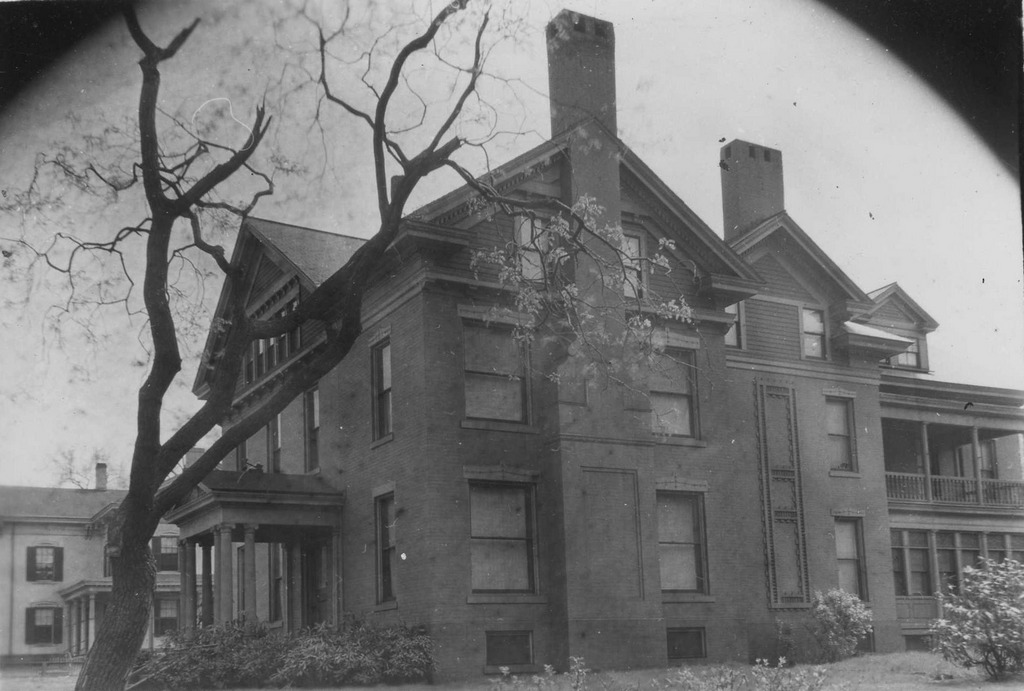 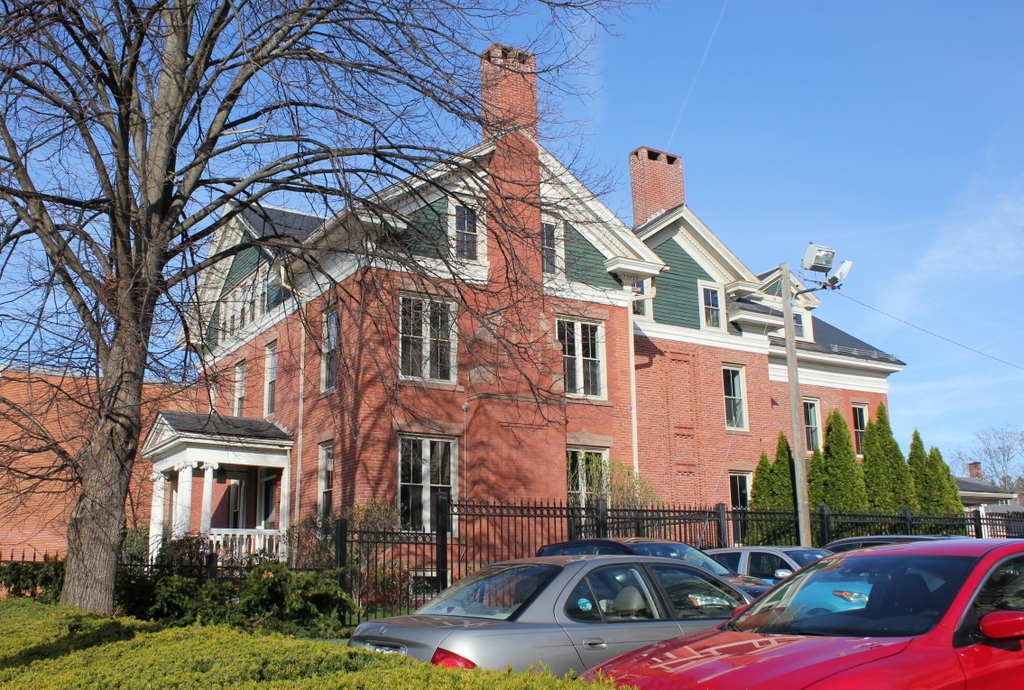 This house was completed in 1883 as the home of James W. Kirkham, a banker who, at the time, worked as the assistant cashier for the First National Bank. It was built at a cost of $13,000, and he moved into the house in January 1883 along with his wife Fanny and their infant son William. They went on to live here for the next 15 years or so, before moving to Maple Street in the late 1890s. Kirkham remained involved with the First National Bank throughout this time, and eventually became its president in 1905. By then, the family had moved into the former home of Orick H. Greenleaf on Maple Street, where Kirkham lived until his death in 1927.

In the meantime, this house on State Street was sold to Robert W. Day, the treasurer of the Morgan Envelope Company. Day had been with the company since its early years, starting as a 20-year-old office boy before steadily moving up in the ranks. In fact, it was the company founder, Elisha Morgan, who suggested that Day purchase this property, as it was located directly adjacent to his own home at 273 State Street. Day followed this advice, and he made some alterations to the house, which originally had a very different roof. The front gable, for example, is not original to the house, and it was likely added as part of these renovations.

In 1898, around the same time that Day moved into this house, the Morgan Envelope Company merged with nine other manufacturers to form the United States Envelope Company. Headquartered in nearby Holyoke, this company controlled about 90 percent of the nation’s envelope production, and Day retained his position as treasurer of the company, although he would later become vice president. In addition, he was involved in other area businesses, serving as vice president of the Springfield National Bank and president of the United Electric Company and the Indian Orchard Company.

During the 1900 census, Robert W. Day was 48 years old, and he was living here with his wife Ida and their children Pauline, Robert, Winsor, and Morgan, who ranged in age from seven to 21. The family also employed four servants who lived here with them, including one who was a coachman. A decade later, only the two youngest children were still living here with Robert and Ida, but they still had four servants, who were listed in the census as a waitress, a cook, a chambermaid, and a butler. Robert lived here until his death in 1926, and Ida remained here until at least the mid-1930s, although she subsequently moved to a house on Maple Street.

The first photo was taken around 1938 or 1939, and the house was apparently vacant by this point. However, within a few years it would be converted into commercial use, and for most of the 1940s it was the home of the Wesmas Candy Corporation. Starting in 1949, Western Mass Theaters, Inc. was located here, and both the house and carriage house on the property had several other commercial tenants during the second half of the 20th century.

Both buildings were vacant by the 1990s and were badly deteriorated, but they were ultimately restored in an extensive project that was completed in 2006. Since then, the house has been used as law offices, and today there are few noticeable differences from the first photo. The house is one of the few surviving 19th century homes on this section of State Street, where it serves as a reminder of the days when this area was home to some of the city’s most affluent residents.