The view of Mount Greylock as seen from the corner of Randall and Second Streets in Adams, around 1900-1915. Image courtesy of the Library of Congress, Detroit Publishing Company Collection. 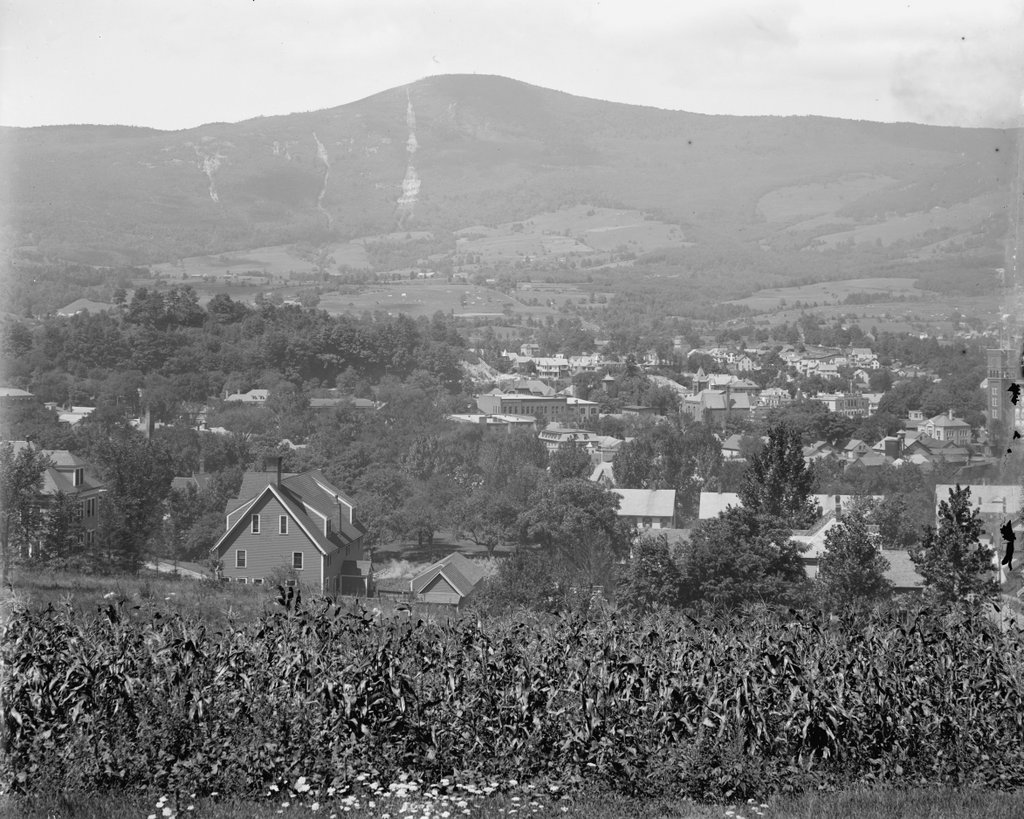 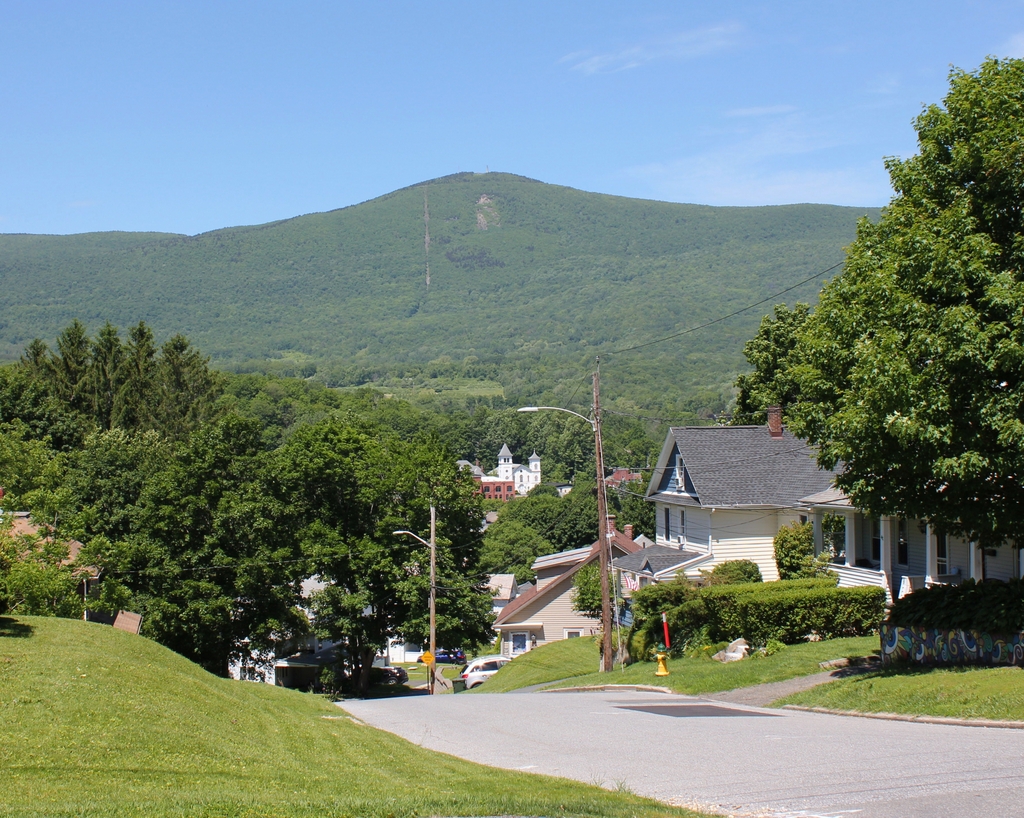 These two images do not line up perfectly; the first one was taken a few yards to the south of where the 2019 one was taken. However, the view from that spot is now blocked by a house that stands where the cornfield in the foreground used to be, so the present-day photo was taken a little closer to the corner of Randall Street. However, the overall scene is the same in both photos, showing the town of Adams at the bottom of the hill, with the summit of Mount Greylock as the backdrop in the distant center.

Standing 3,491 feet above sea level, Mount Greylock is the highest point in Massachusetts. It is part of the Taconic Mountains, a range within the Appalachians that runs roughly along the New York-Massachusetts border, and it is also one of the most topographically-prominent mountains in New England, rising nearly 2,500 feet above all of its surrounding valleys. As a result, it is visible for miles in every direction, and it is the most distinctive landscape feature within the town of Adams.

The east slope of the mountain, shown here in this scene, is its steepest. From the summit, it drops more than 2,700 feet in less than three miles to the floor of the Hoosic River valley. The town of Adams was settled here along the river, and during the second half of the 19th century it developed into a thriving industrial community. The town was divided in half in 1878, with the more populous northern half becoming North Adams, but Adams continued to grow, and by the time the first photo was taken at the turn of the 20th century its population had risen to over 10,000 residents.

The photo shows the downtown area of Adams, as seen from the hills immediately to the east. By this point, this area was in the process of being developed for housing, and the 1904 county atlas shows that the land in the foreground had already been subdivided into individual lots. Some of the houses had already been built by then, but other lots were still vacant, including the cornfield here in the first photo. However, within a decade or two this site would also be developed, and there is now a 1920s-era house that stands just out of view on the left.

Today, Adams is no longer a major factory town, and its population is actually smaller than it was at the turn of the last century. Overall, though, this view is not significantly different from the first photo. Probably the single most noticeable change is the increased number of trees. In the foreground, downtown Adams is mostly hidden by the trees, although there are several buildings visible, most notably the First Congregational Church, which stands in the center of the scene. Beyond the town, the slopes of Mount Greylock are much more wooded today than in the first photo, and at the summit is the Veterans War Memorial Tower, which was dedicated in 1933 in memory of Massachusetts residents who died in World War I.