The view looking northwest from the corner of Randall and Second Streets in Adams, around 1900-1915. Image courtesy of the Library of Congress, Detroit Publishing Company Collection. 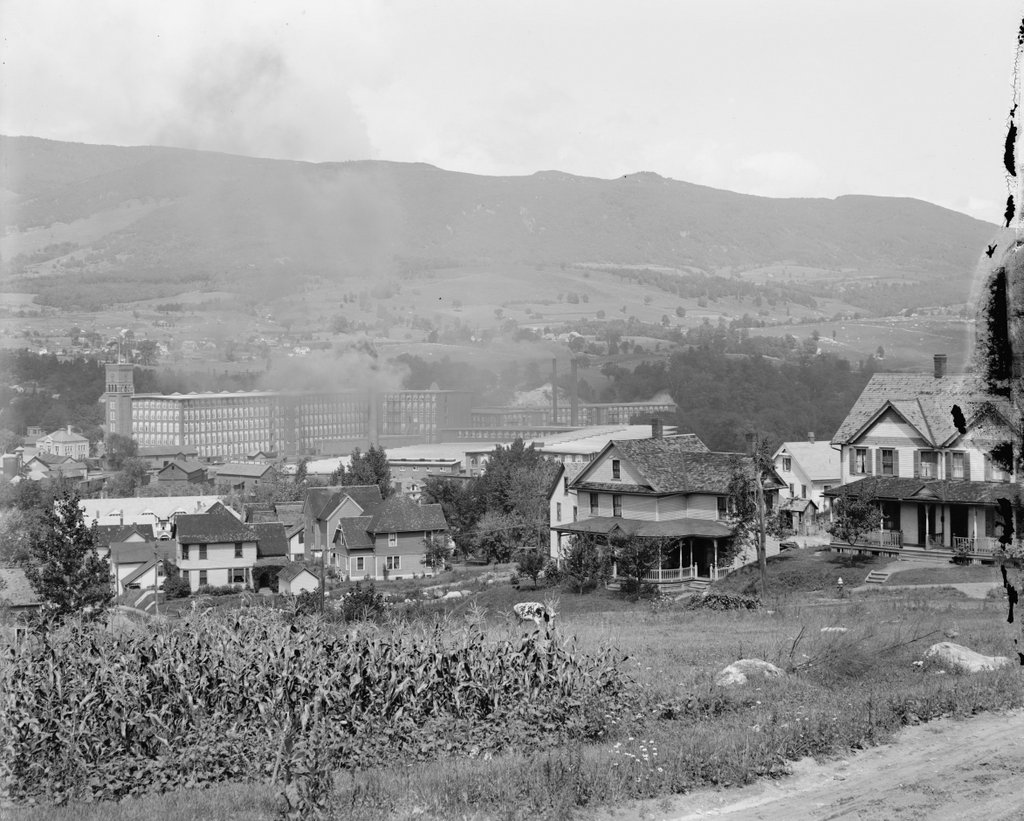 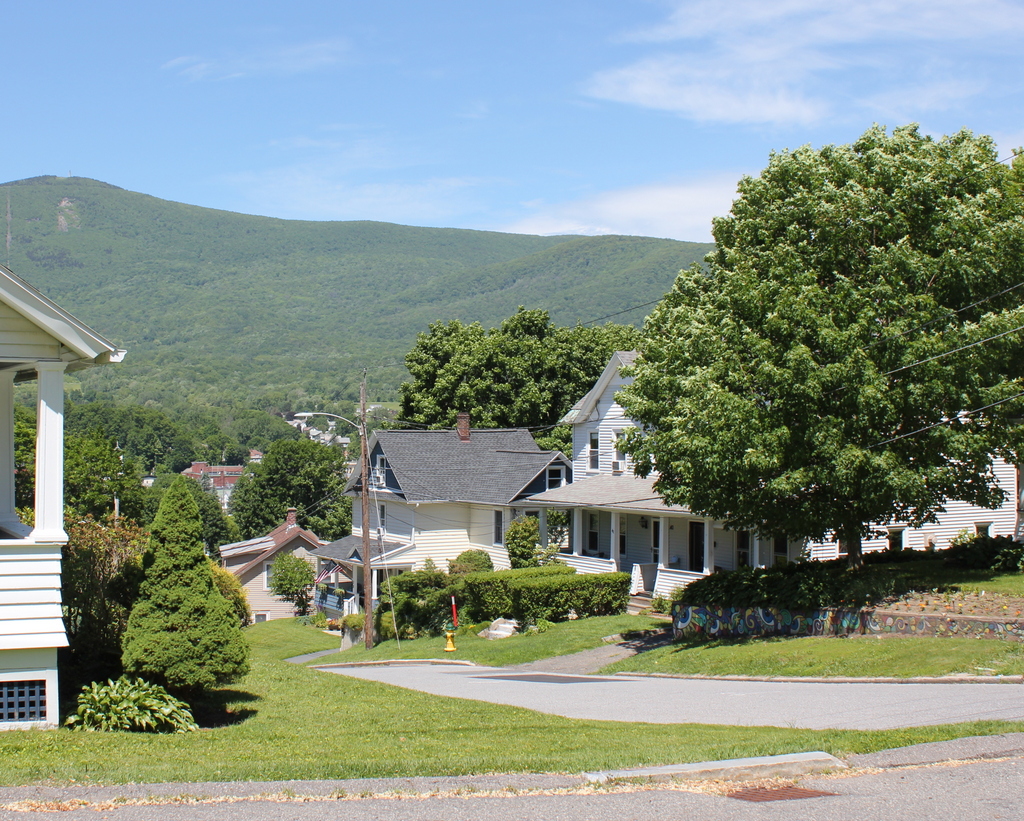 These two photos were taken from the same spot as the ones in the previous two posts, which face to the southwest and west. This particular view looks toward the northwest, with the town of Adams in the foreground and the Greylock Range in the distance. The present-day photo does not line up perfectly with the first one, as the line of sight from the original spot is blocked by the house on the far left, but the two photos show the same overall scene, including the two houses on the right side of the first photo, which still stand here in the second photo.

The houses here in the foreground were, for the most part, built around the late 19th century. During this time, Adams was growing in population, becoming an important manufacturing center on the Hoosic River, and residential neighborhoods were steadily making their way up the hillside to the east of town. Many of the house lots were still undeveloped by the time the first photo was taken at the turn of the century, as indicated by the cornfield in the foreground, but most of these would soon have houses on them.

The two houses on the right side of the first photo were both built sometime around 1900, and they are both included in that year’s census. At the time, the one furthest to the right, at 40-42 Randall Street, was occupied by two families. The left side was the home of 34-year-old teamster Fred Wilder, his wife Ida, their daughter Bertha, and a boarder who also worked as a teamster. On the right side was 23-year-old Grace Welch, who lived here with her three children. They ranged in age from 10 months to 7 years, and according to the census she had been married for nine years. It also listed her as being a widow, although subsequent censuses show her as being married to Melvin Welch, so this part of her record was likely in error.

To the left of the duplex is a single-family home at 38 Randall Street. In 1900 it was owned by Ai Davis, a 47-year-old stonemason who lived here with his wife Nora and their five children, the oldest of whom was 23 and the youngest was 5. Their oldest, Hiram, was a teamster, and two other children were listed as attending school. Like her neighbor Grace, Nora had also apparently married very young, because she was 39 years old in 1900 and had already been married for 24 years.

Further in the distance, the most visible building in downtown Adams is the Berkshire Cotton Manufacturing Company. Founded in 1889, the company grew quickly over the next few decades, and by the time the first photo was taken in the early 20th century it consisted of a large factory complex with a number of buildings in the center of the scene. In 1904, the company had around 2,400 people, making it a significant employer in a town that, at the time, had around 12,000 residents.

In more than a century since the first photo was taken, many changes have occurred here in this scene. The cornfield in the foreground is gone, having been replaced by the house on the far left side at some point around the 1920s. In the distance, the slopes of Mount Greylock are now far more wooded than they had been in the first photo, and much of downtown Adams is also now obscured by trees. The houses at 38 and 40-42 Randall Street are still standing though, as are some of the buildings in the Berkshire Cotton Manufacturing Company complex.

During the 20th century, Berkshire Cotton Manufacturing went through a series of mergers in the 20th century, eventually merging with Hathaway Manufacturing in 1955 to become Berkshire Hathaway. It continued to produce textiles here into the second half of the 20th century, and came under the control of a young Warren Buffett in 1965. The factory ultimately closed, and many of the buildings have since been demolished, but the company itself still exists. No longer a small-town cotton mill, Berkshire Hathaway is now a major multi-national holding company headquartered in Omaha, although its name continues to serve as a reminder of its origins here along the Hoosic River in Adams.