The view looking north on College Street toward the intersection of Hadley Street in the center of South Hadley, around 1912. Image from In Old South Hadley (1912). 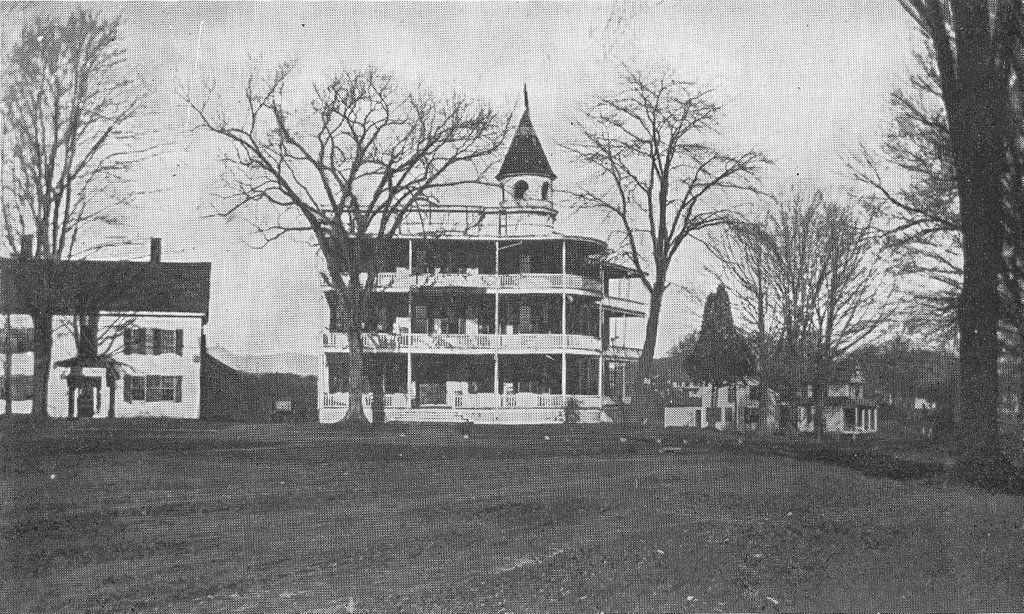 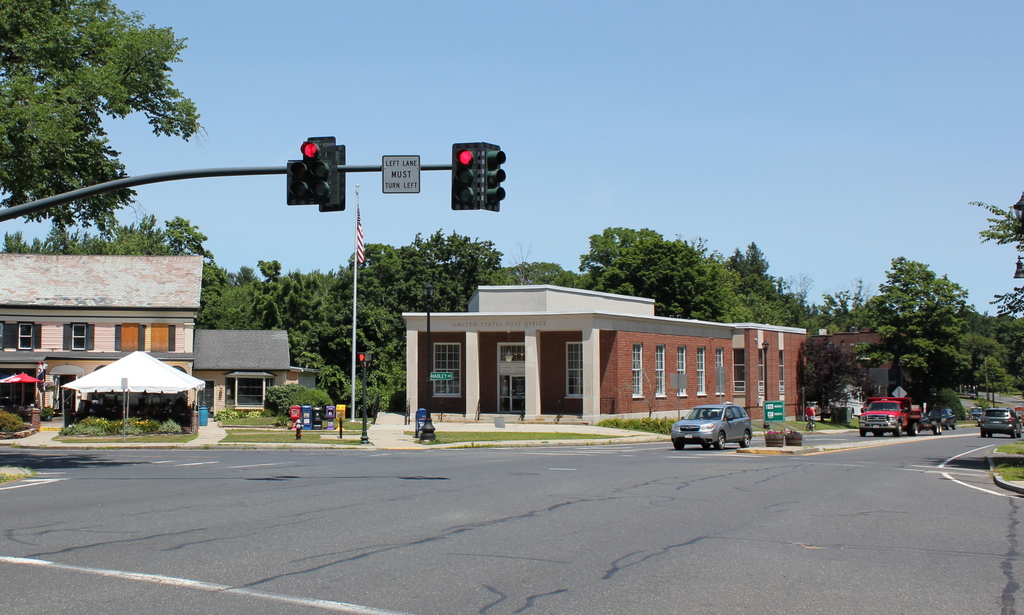 The first photo was taken sometime in or before 1912, and it shows Judson Hall, a dormitory for students at nearby Mount Holyoke College. This building was originally constructed in the late 19th century as the Hotel Woodbridge, which was owned by Joseph S. Preston Jr. References to the hotel first appear in local newspapers around 1896, and it appears to have been in business for about a decade or so. Most of these newspaper advertisements mention the hotel’s “spacious piazzas,” which ran along the south and east sides of all three stories, and an 1898 ad lists the rates as ranging from $8 to $14 per week.

The hotel was temporarily used to house Mount Holyoke students in 1896, after the main college building was destroyed in a fire on September 27. Then, in 1908 the college purchased the hotel and renamed it Judson Hall in honor of Judson Smith, who had served as president of the board of trustees from 1894 until his death in 1906. It was subsequently used as a dormitory for the next 24 years, before being closed in 1932.

Judson Hall was demolished two years later, and the property was sold to the federal government to construct a post office here. The loss of the old hotel-turned-dormitory was evidently seen as an improvement by many people at the time, including the Springfield Republican, which wrote in 1934 that “Not only has it proved inadequate as a residence and inappropriate for business activities, but also its style of architecture has disturbed the harmony and beauty of South Hadley for many years.”

Today, the post office is still standing here in the center of this scene, and the only surviving building from the first photo is the one on the far left. Although it looks like an ordinary colonial-era house, it was actually built around 1732 as South Hadley’s first meeting house. It was only used as a church for a few decades though, before it was replaced by a new larger church in 1764. The old building was then moved here to this site and converted into a house, and more recently it has been occupied by a number of different restaurants. It is currently the Yarde Tavern, and despite the many alterations it is perhaps the oldest surviving church building in western Massachusetts.