A group of visitors sitting on the rock ledges near the summit of Mount Holyoke in Hadley, around the 1860s or 1870s. Image courtesy of the New York Public Library. 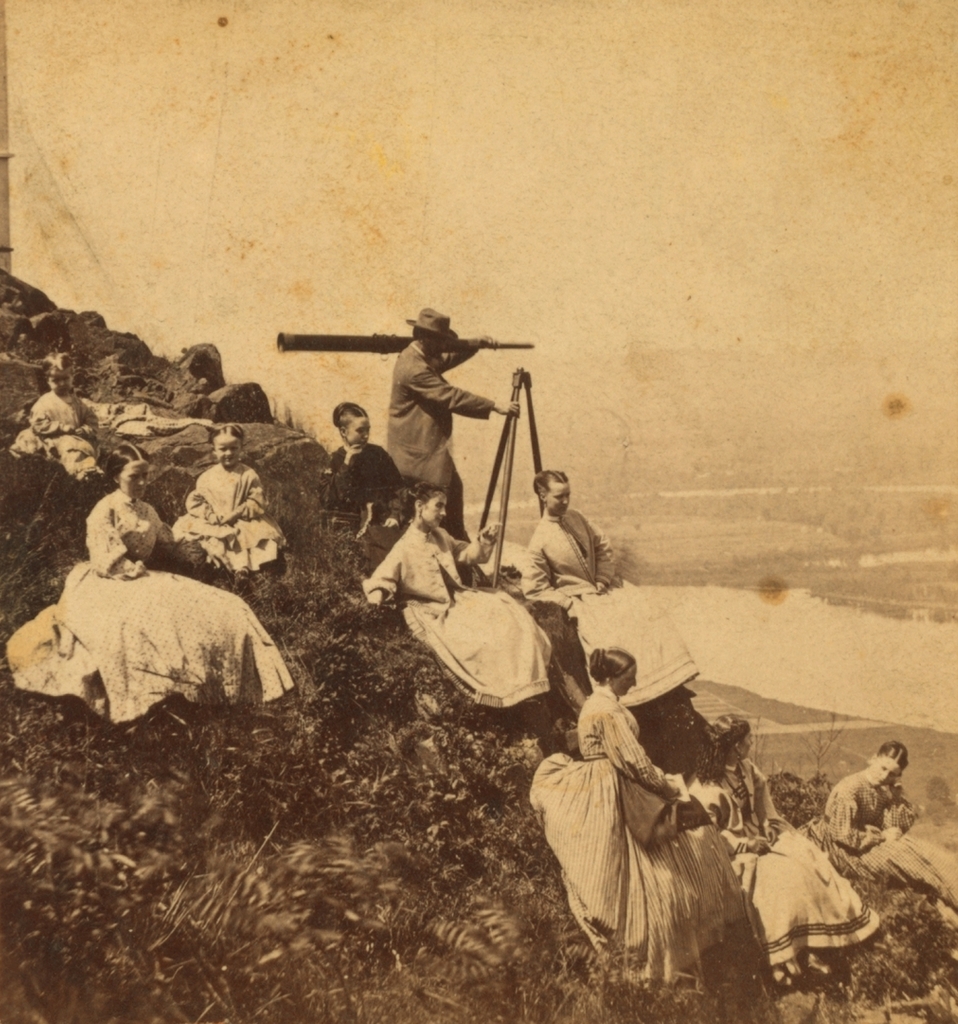 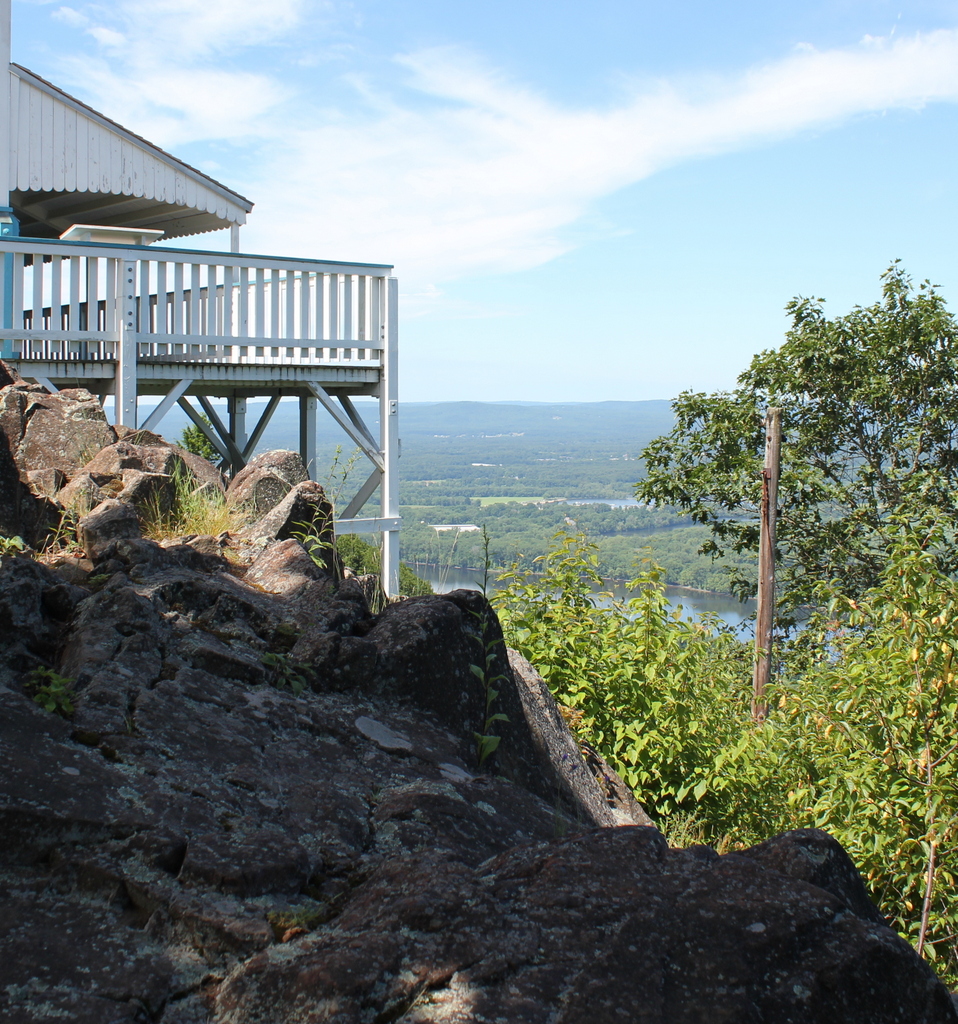 As discussed in the previous post, Mount Holyoke is a traprock mountain on the Metacomet Ridge, which runs roughly south to north from Long Island Sound to near the Massachusetts-Vermont state line. Although relatively low in elevation compared to the mountains of the nearby Berkshires, the ridge runs through the middle of the Connecticut River Valley providing dramatic views from atop the steep rocky cliffs. At 935 feet in elevation, Mount Holyoke is a few hundred feet lower than the highest peaks on the ridge, but it offers perhaps the most impressive views of any mountaintop in southern New England. Here, the Connecticut River flows through a narrow gap between Mount Holyoke to the east and Mount Nonotuck to the west, and the river is visible for miles in both directions.

The river takes a meandering course through the flat river valley to the north of Mount Holyoke. The most famous of these meanders is the Oxbow, a three-mile-long U-shaped bend in the river at the base of the mountain. This prominent natural feature was the focal point of Thomas Cole’s 1836 painting The Oxbow, which portrays the scene from near this spot at the summit. His work went on to become one of the most important 19th century American landscape paintings, but the actual view here from Mount Holyoke changed dramatically only a few years later. In 1840, a flood cut through the narrow neck of land in the middle of the bend, and the main current of the river shifted to the new shorter route, turning the Oxbow into a side channel.

The first photo was taken only a few decades later, and it shows the wide river passing through the lower right side of the scene, with the circular Oxbow beyond it in the distance. By this point, Mount Holyoke was a popular destination for visitors, including the well-dressed group of women sitting on the rocks in the foreground. Directly behind them, barely visible on the far left side, is the corner of the Summit House, also known as the Prospect House. This hotel was built in 1851, replacing an earlier building on the site, and it provided accommodations and refreshments for guests who either hiked up or took the inclined railway to the summit. The man in the center of the photo could very well be hotel owner John French or one of his employees, as the hotel provided telescopes for mountaintop visitors.

The hotel steadily expanded during the second half of the 19th century, and at some point a porch was added to the northern side of the building, as shown in the present-day photo. However, by the early 20th century mountaintop hotels had passed their heyday. Thanks to modernization efforts of Holyoke silk manufacturer Joseph Skinner, the Summit House remained viable for many years, but it ultimately closed after sustaining heavy damage in the 1938 hurricane. A large wing of the building, which had been added in 1894, was demolished after the hurricane, and in 1939 the property was donated to the state, becoming the Joseph Allen Skinner State Park.

Today, this scene at the summit of Mount Holyoke is still easily recognizable from the first photo, despite a conspicuous lack of women in hoop dresses. The Summit House is still standing, after having been restored in the 1980s, and it is now open seasonally as a museum. Further in the distance, the Oxbow is still there, although somewhat less prominent than in the first photo.

Part of the reason for this might be because of the increased tree growth along its banks, but also because the Oxbow has been heavily altered in the 20th century. It is now closed off from the upstream side, with only a narrow channel on the downstream side to link it to the Connecticut River. Along with this, Interstate 91 now passes directly over it, and a large chunk of the land inside the curve has been carved out to create a marina. As a result, it bears little resemblance to the undisturbed natural feature that Cole painted nearly 200 years ago, but it remains an important landmark that has long been associated with this view from Mount Holyoke.