The view along the north side of Chestnut Street, taken looking west from near the corner of Ninth Street, around 1859. Image courtesy of the Library Company of Philadelphia, Frederick De Bourg Richards Photograph Collection. 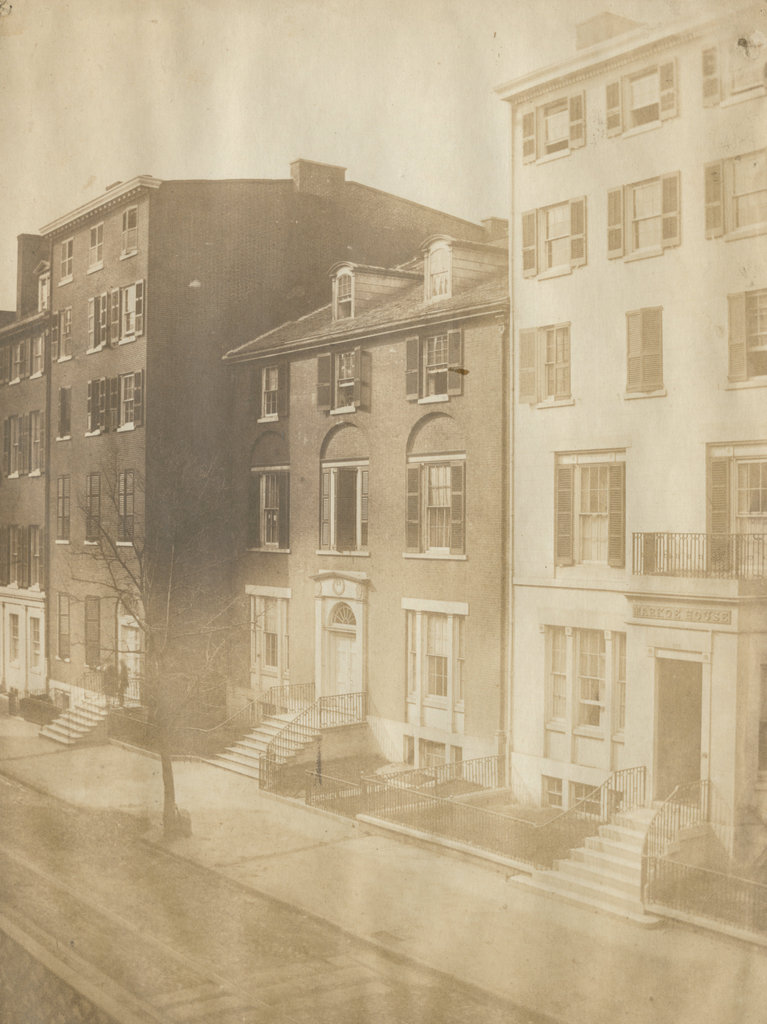 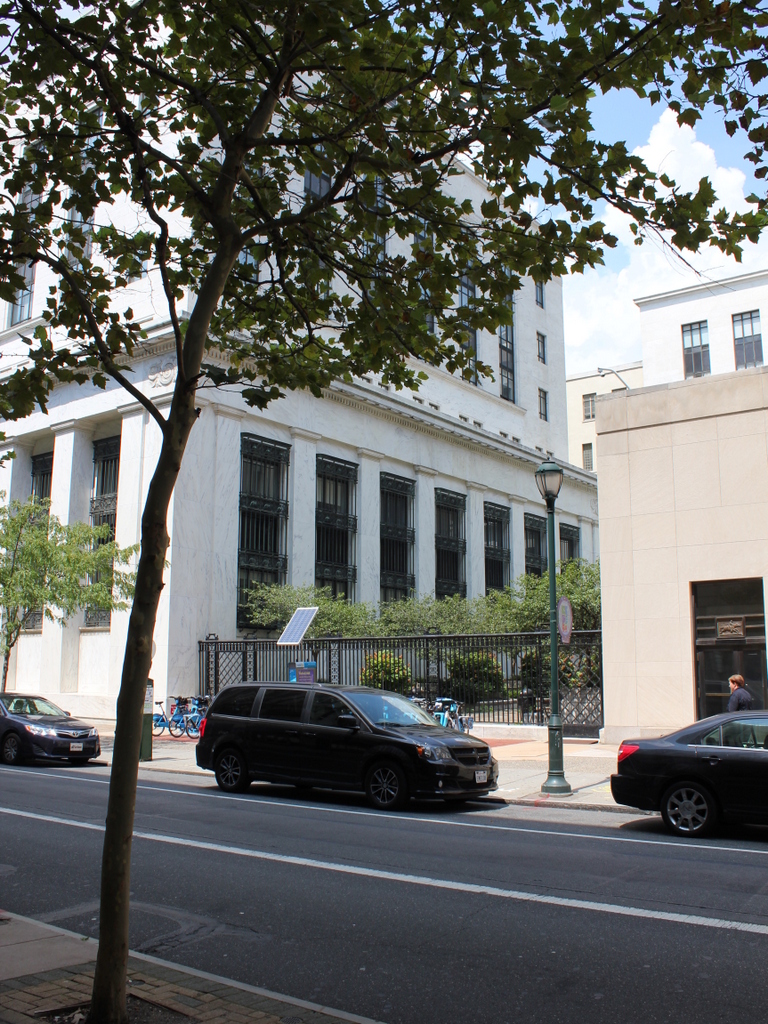 The first photo shows a row of houses that were built around the late 18th or early 19th centuries for some of Philadelphia’s wealthiest residents. The houses were located on the north side of Chestnut Street, about halfway between 9th and 10th Streets, and they range from 919 Chestnut Street on the far right, to 925 Chestnut on the far left. At the time of their construction, this section of the city was predominantly residential, but this had begun to change by the time the first photo was taken a half century later. Some of these houses, particularly the one on the far right, had already been converted to commercial use, and over the next few decades more would see similar conversions, or would be demolished to make way for new, larger buildings.

As shown in the first photo, the house on the right was the Markoe House, a boarding house that had, at one point, been the residence of John Markoe. It had been built around 1810,and was designed by Benjamin Henry Latrobe, a prominent architect whose other works included the United States Capitol. The Markoe family lived here until around 1840, when they evidently fell on hard times and sold the property.

The house was converted into a boarding house, which was named for its original owners. In its early years the Markoe House had several prominent guests, as noted in contemporary newspapers. Senator Alexander Porter of Louisiana stayed here during a visit to Philadelphia in 1843, and in 1844 and 1845 Mirabeau Lamar, the former president of Texas, stayed here on at least two separate occasions. At the time, Texas was still an independent nation, and on the second visit, he was accompanied by Edwin Ward Moore, the commander-in-chief of the Texas Navy. The Markoe House would remain a boarding house here for more than 20 years after the first photo was taken, and it even underwent a significant renovation in 1869. However, it was ultimately demolished in 1881 to build a new office building for the Philadelphia Record.

Aside from the Markoe House, many of the other houses along this section of Chestnut Street were undergoing changes by the time the first photo was taken. In 1860, about a year after the photo was taken, the building immediately to the left of the Markoe House, at 921 Chestnut, was converted into offices for the Penn Mutual Insurance Company. This left, according to an 1860 newspaper article, only two or three buildings on Chestnut Street east of Tenth Street that were exclusively residential.

One of these exceptions was the house at 925 Chestnut Street, which is partially visible on the far left side of the photo. This was the home of General George Cadwalader, who served in the U.S. Army during the Mexican-American War. Shortly after the first photo was taken, Cadwalader returned to the Army upon the outbreak of the Civil War, and served in the Union army throughout the duration of the war. He lived here until at least the early 1870s, making him perhaps one of the last owners of a single-family residence on this part of Chestnut Street. During the 1870 census he lived here with his wife Frances and four servants, and he was very wealthy, with an estate valued at $600,000 at the time, or about $12.5 million today.

Today, more than 160 years after the first photo was taken, there are no surviving buildings from that photo here in this scene. All of them were likely demolished in the late 19th or early 20th centuries, and they were definitely gone by the 1930s, when this block of Chestnut Street became the site of two Depression-era federal buildings. On the left is the former Federal Reserve Bank Building, which was completed in 1935, and on the right is the Nix Federal Building, completed six years later. Both of these buildings are still standing here, as shown in the 2019 photo, although the former Federal Reserve Bank Building is now occupied by Thomas Jefferson University Hospital.