The northwest corner of Fifth and Arch Streets in Philadelphia, in October 1857. Image courtesy of the Library Company of Philadelphia, Frederick De Bourg Richards Photograph Collection. 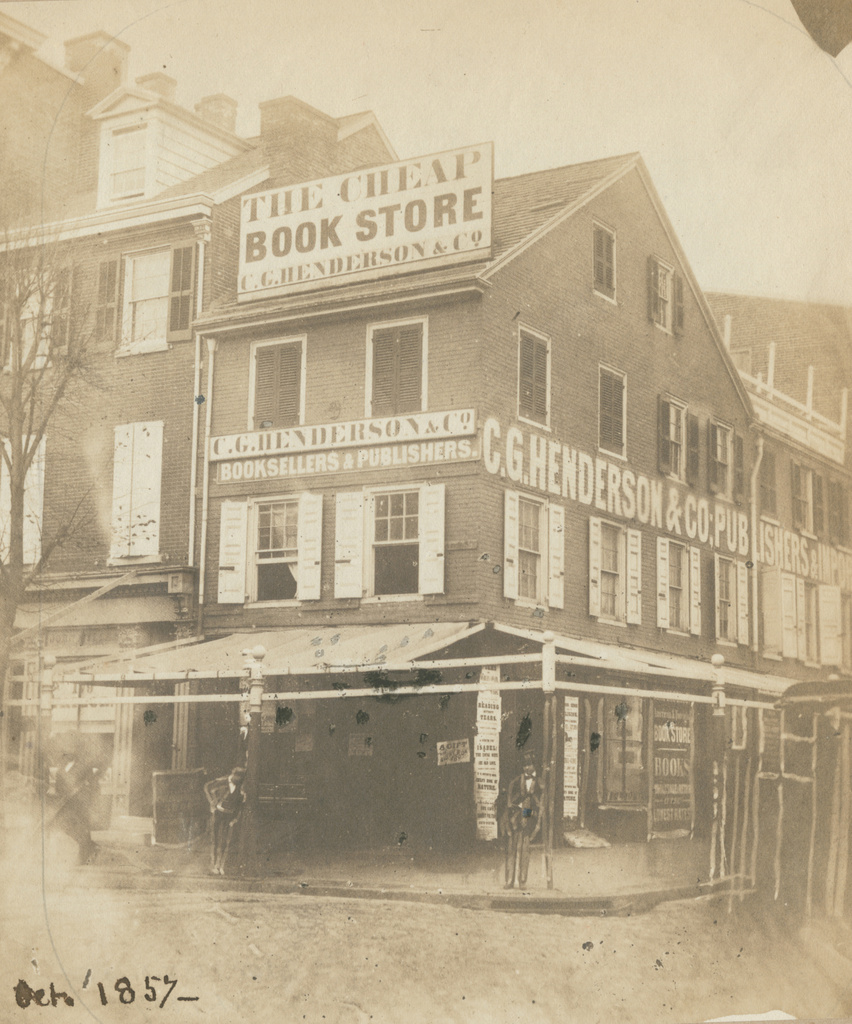 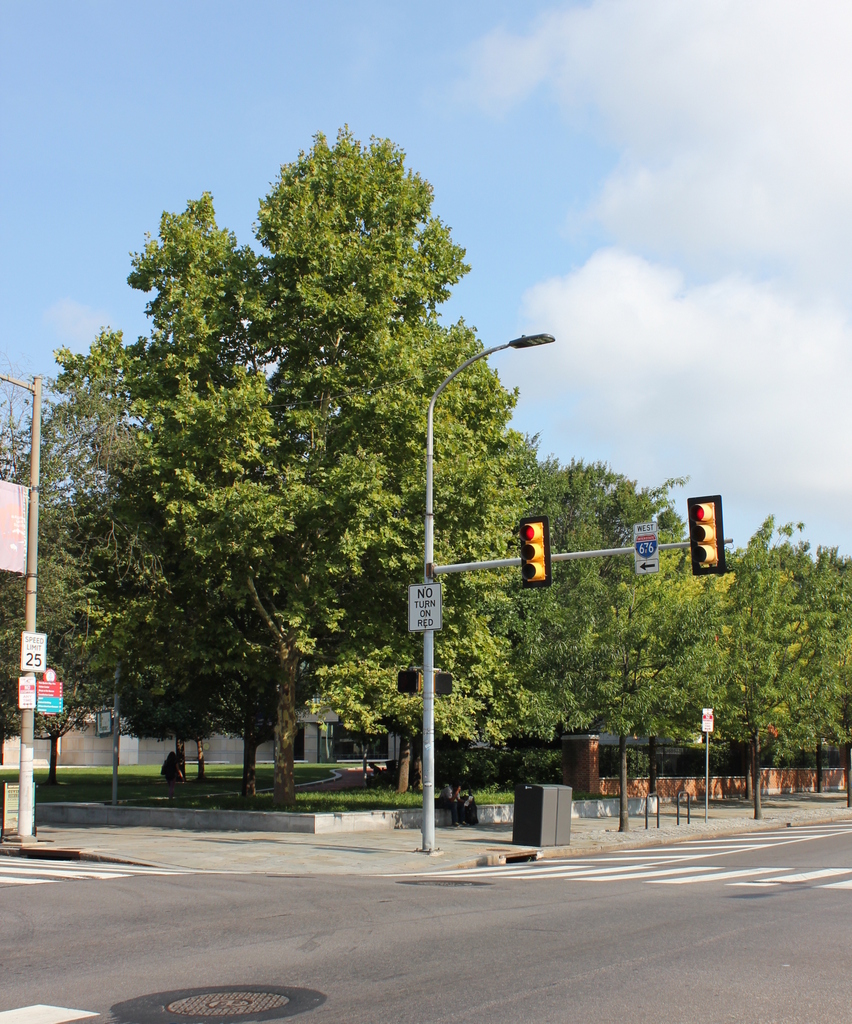 The first photo was taken by photographer Frederick De Bourg Richards, as part of an effort to document Philadelphia’s historic 18th and early 19th century buildings. Unlike many of Richards’s other subjects, such as the Free Quaker Meeting House across the street from here, this three-story commercial building does not appear to have been a major historic landmark. In the original caption of the photo, the building is described simply as “a primitive house,” with no further information as to its history or date of construction. However, it was likely built sometime in the 1700s, and it may have once served as a single-family home before being converted into commercial use.

By the time the first photo was taken, the building was occupied by the publishing and bookselling firm of C. G. Henderson & Co. The company had been established in 1851, and was originally located in a building at the corner of Seventh and Chestnut Streets. However, that building burned later in the year, and by 1852 C. G. Henderson was located here at the corner of Fifth and Arch. As shown in the first photo, the building featured a number of exterior advertisements, including a particularly large sign on the roof, proclaiming it to be “The Cheap Book Store.”

The bookstore seems to have closed within a year or two after the first photo was taken, but the fate of the building itself is somewhat less clear. It may have been demolished at some point in the late 19th century, but it was definitely gone by the mid-20th century, when this entire block, along with several others, was leveled to create the Independence Mall. Today, there are no surviving remnants from the first photo in this scene. Instead, the foreground here is open parkland, and further in the distance is the National Constitution, which occupies much of this block.