The front lawn of the Hotel Kaaterskill, around 1900-1905. Image courtesy of the Library of Congress, Detroit Publishing Company Collection. 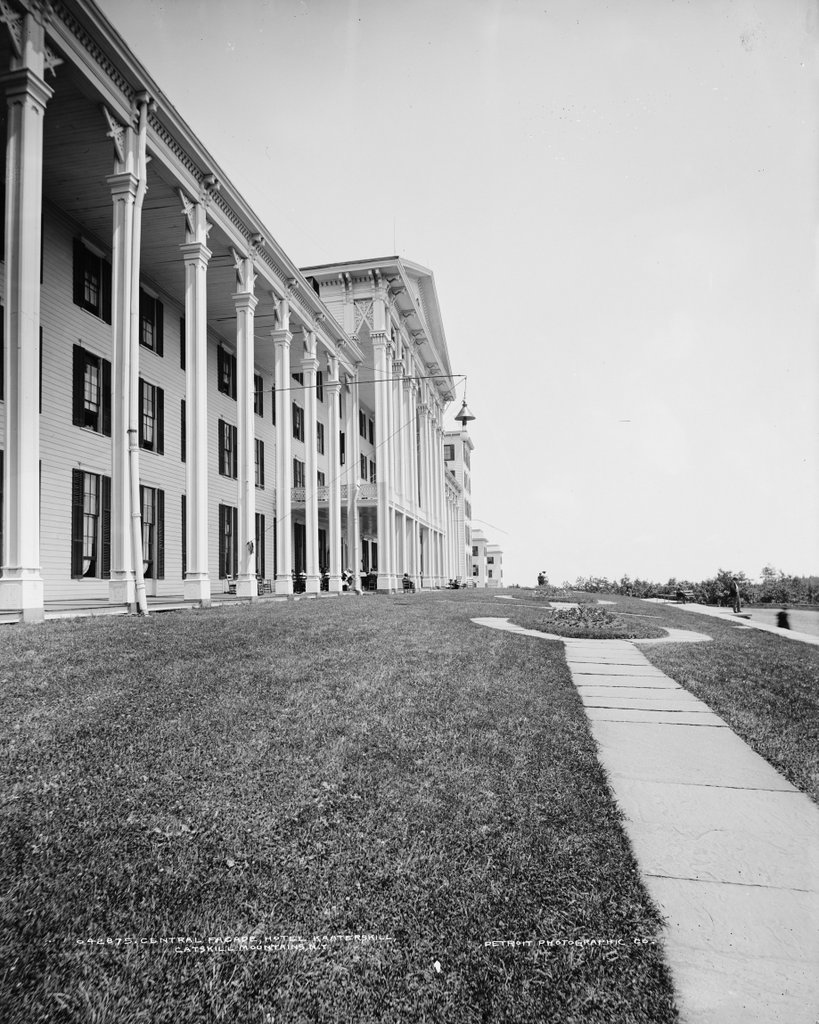 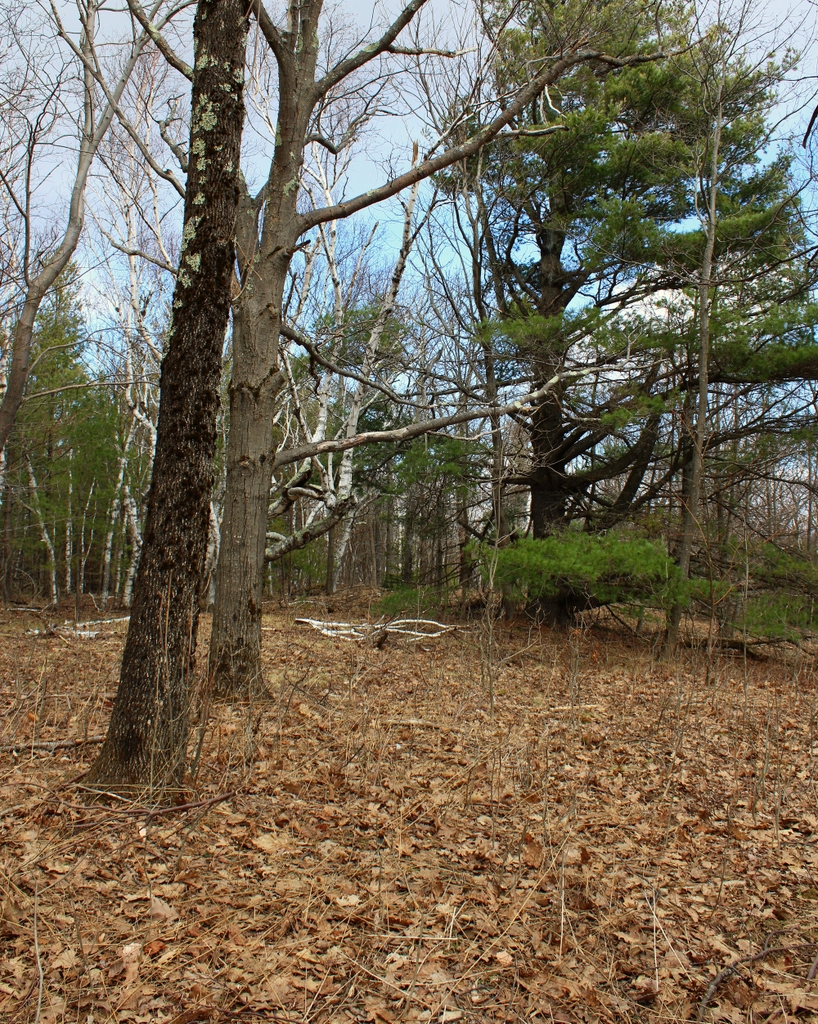 These two photos show a view similar to the one in an earlier post, looking east along the front façade of the Hotel Kaaterskill. The hotel was built in 1881, and it was designed by Stephen Decatur Button, a prominent Philadelphia architect. His design for the building featured a large portico above the main entrance, supported by four-story-high columns. Flanking the portico was a long piazza that ran along the width of the building, and at each corner was a five-story tower, one of which can be seen in the distant center of the first photo. Further in the distance is the Annex, a separate building that was constructed to provide additional guest rooms, and on the right side of the photo is the main driveway to the hotel.

The Hotel Kaaterskill stood here until September 8, 1924, when it was destroyed in a massive fire that had started in the kitchen and quickly spread to the rest of the wood-frame building. It was never rebuilt, and nearly a century later there is little visual evidence that the hotel was ever here, aside from a low stone foundation and scattered debris. The forest has steadily reclaimed the area here atop South Mountain, and the site is now owned by the state of New York as part of the Catskill Park.