The Keene Mansion at the northwest corner of Tenth and Chestnut Streets in Philadelphia, on March 5, 1860. Image courtesy of the Library Company of Philadelphia, Frederick De Bourg Richards Photograph Collection. 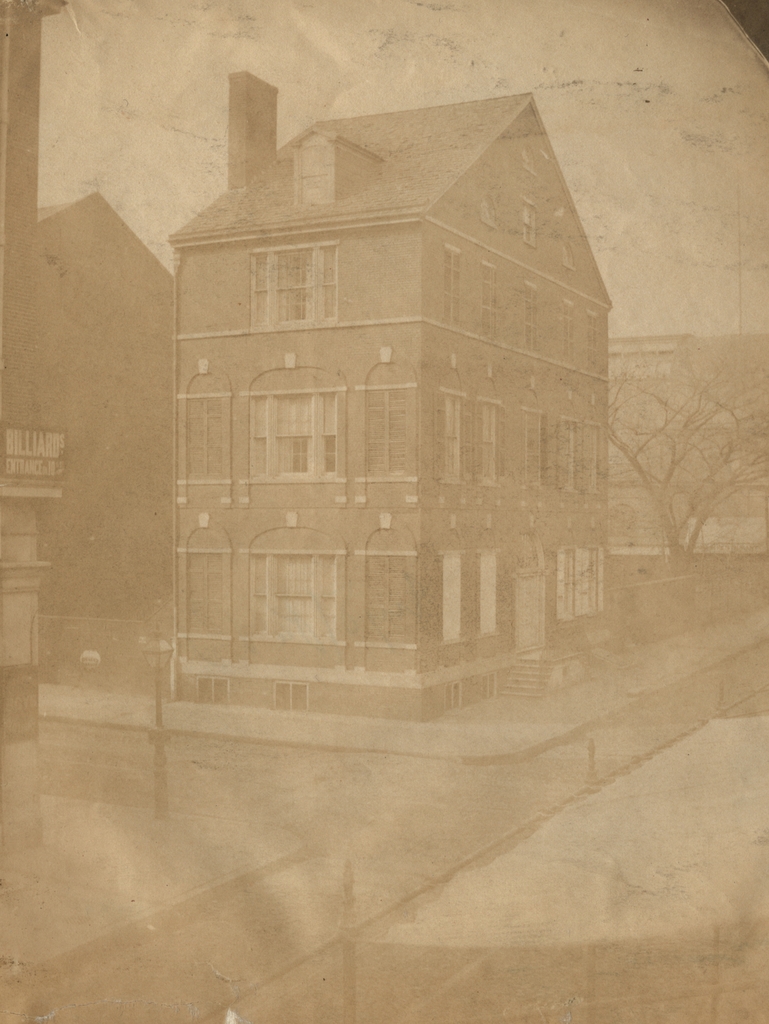 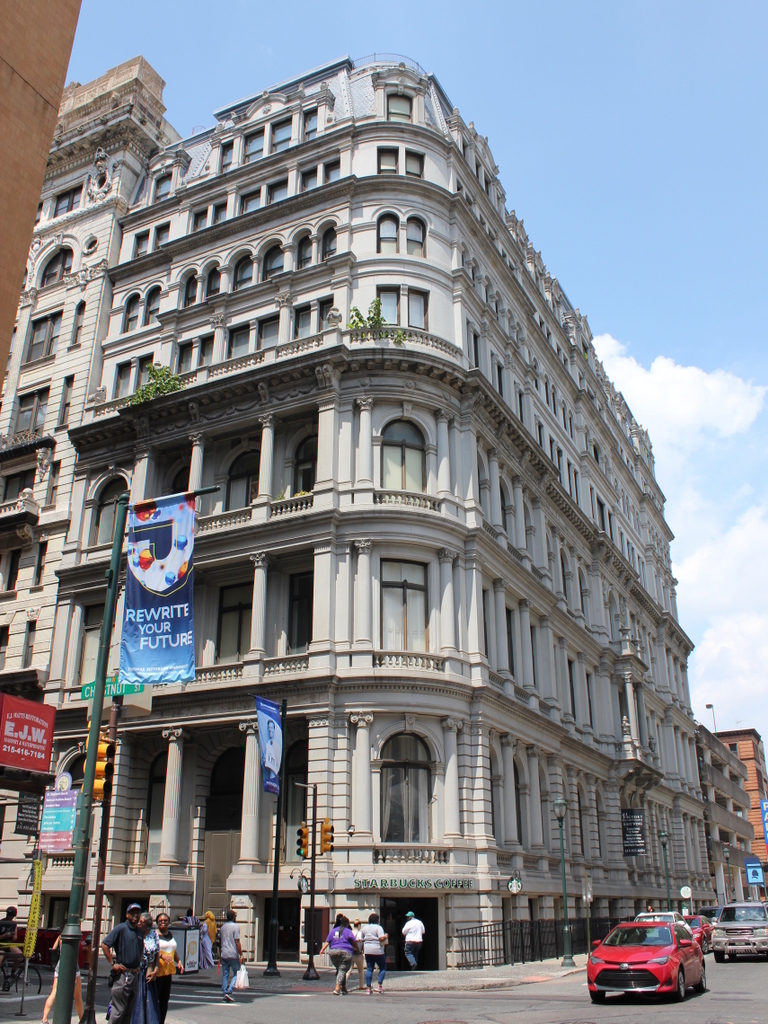 The three-story brick house in the first photo was completed around 1815 as the home of Major David Lenox, a Revolutionary War officer who became a prosperous merchant after the war. Lenox had also held several government positions during the late 18th century, including as U.S. Marshal for the District of Pennsylvania and as a diplomat to the United Kingdom. He lived here for a little over a decade, until his death in 1828, and after his wife Tacy’s death in 1834 the property went to her niece, Sallie Lukens Keene.

Keene was still living here when the first photo was taken in 1860, having carefully maintained the original appearance of the house, including its exterior architectural details and its interior furniture. However, by this point the city had begun to grow up around the elegant mansion, which was joined here by less fashionable buildings, including a billiards hall across the street on the far left side of the photo.

Sally Keene died in 1866, and her heirs subsequently sold the property, which had become valuable commercial real estate. The old house was demolished in 1872, and the site was redeveloped as the offices of the New York Mutual Life Insurance Company. This building was completed in 1873 and subsequently expanded in the early 1890s with the addition of the top three floors. It is still standing here today, and although it is much different than the Federal-style mansion that it replaced, the building has become an important landmark in its own right, having been added to the National Register of Historic Places in 1980.