The Draper Hotel in Northampton, around 1907. Image courtesy of the Library of Congress, Detroit Publishing Company Collection. 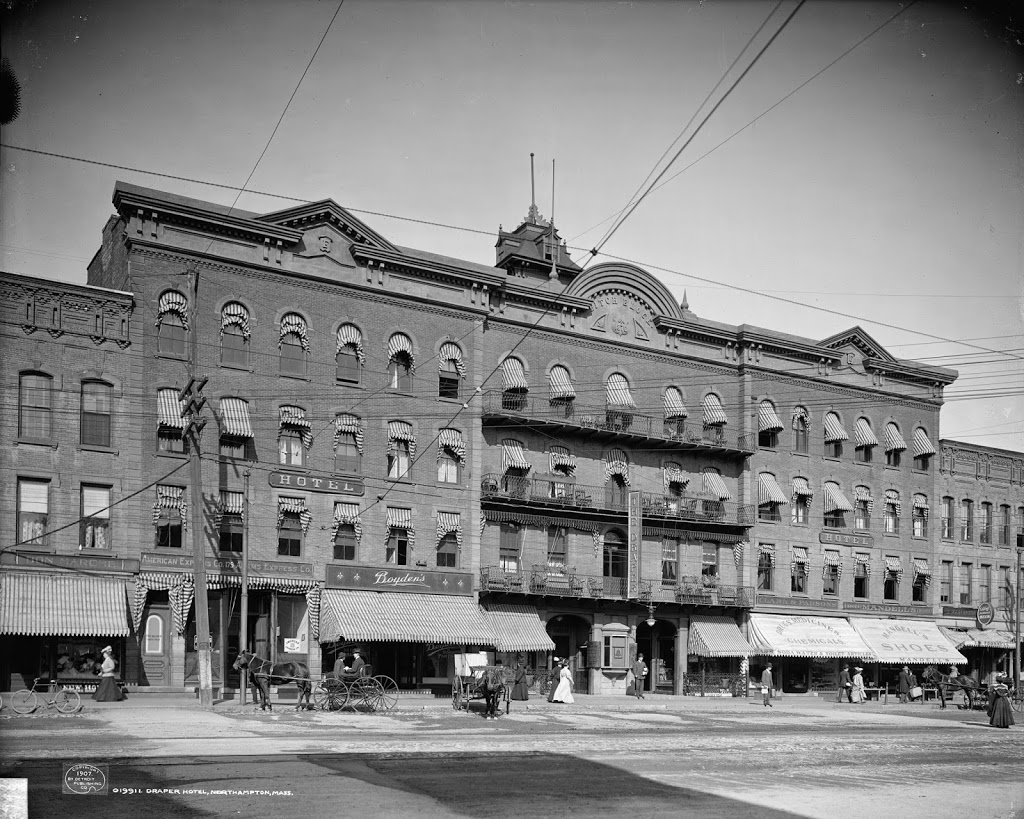 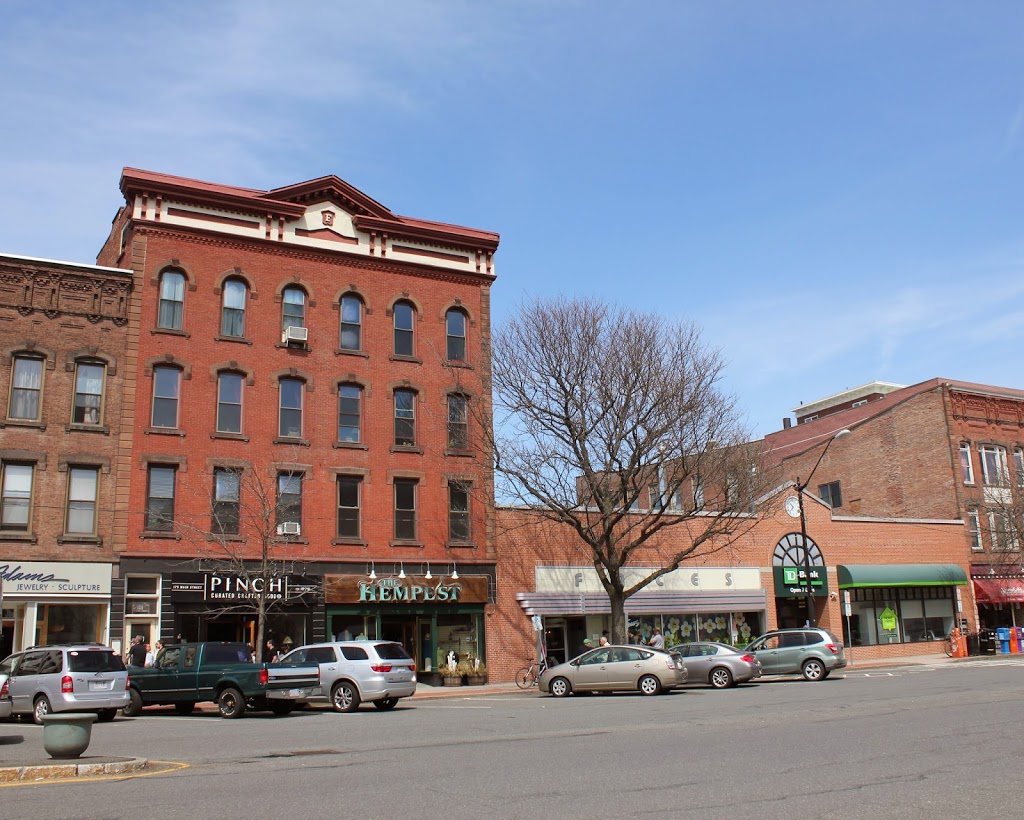 This building was built in 1871, on the site of the earlier Warner House hotel, which had burned the year before. The new building was originally known as the Fitch House, hence the “F” at the top of the building just below the pediment, but by the time the first photo was taken it had become the Draper Hotel. Today, only the westernmost third of the building remains; the hotel closed in 1955, and the two sections on the right side were demolished and replaced with the present-day one-story building.