Some buildings on the north side of Boylston Street, between Clarendon and Dartmouth Streets and across from Copley Square, on October 4, 1912. Image courtesy of the City of Boston Archives. 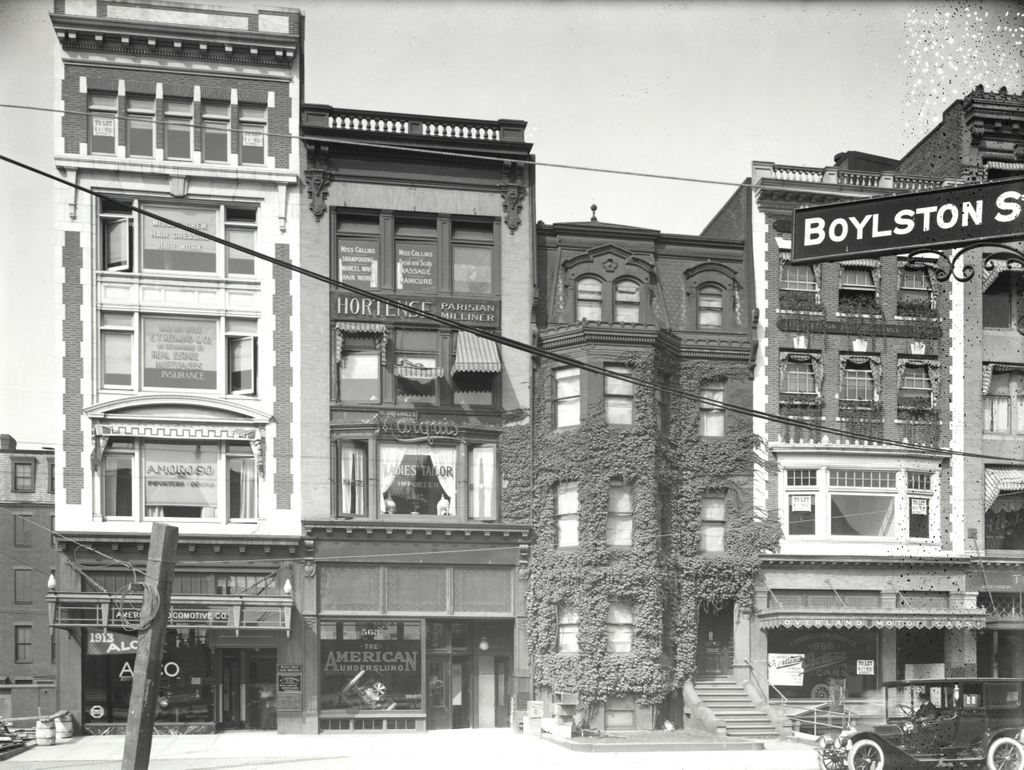 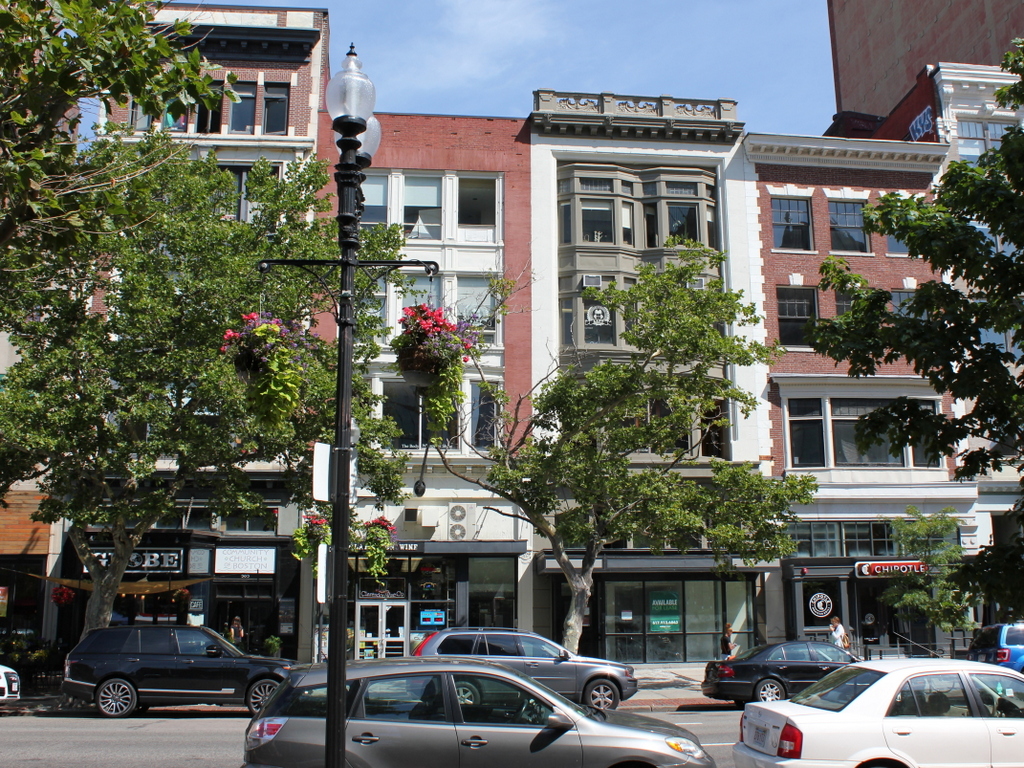 Like the scene a block away in this post, the 1912 photo here shows the transitions that were happening along Boylston Street in the early 1900s.  When the Back Bay was filled in the late 1800s, Boylston Street was, like the other streets in the neighborhood, lined with Victorian brownstone houses.  However, as the street became a major commercial district, the homes were steadily replaced with more modern commercial buildings, with storefronts on the first floor and professional offices in the upper floors.  The 1912 photo shows three of these new buildings, each of which were built within about four years, and each of which had a different automobile company showroom on the first floor.  The only holdout from the earlier era is the four-story rowhouse in the right-center.  It was probably built in the 1870s, and it survived until around 1923, when the present-day building was put in its place.

The three car companies in the first photo were, from left to right: American Locomotive Company (ALCO), American Underslung, and Overland Motor Cars.  Like most early car companies, none of them stayed in business for too long.  ALCO got out of the automobile business just a year later, although one of their managers had been Walter P. Chrysler, who would later go on to establish his own company a little over a decade later.  The other two companies didn’t last much longer than ALCO, and today their former storefronts are occupied by a cafe, a wine store, and a Chipotle restaurant.  The buildings themselves haven’t changed too much aside from the storefronts; the only major change to any of the exteriors is the removal of the cornice on the top of 561 Boylston, the second building from the left.