The view looking southwest on Market Street from Second Street in San Francisco, in the aftermath of the April 18, 1906 earthquake. Image courtesy of the Library of Congress, Detroit Publishing Company Collection. 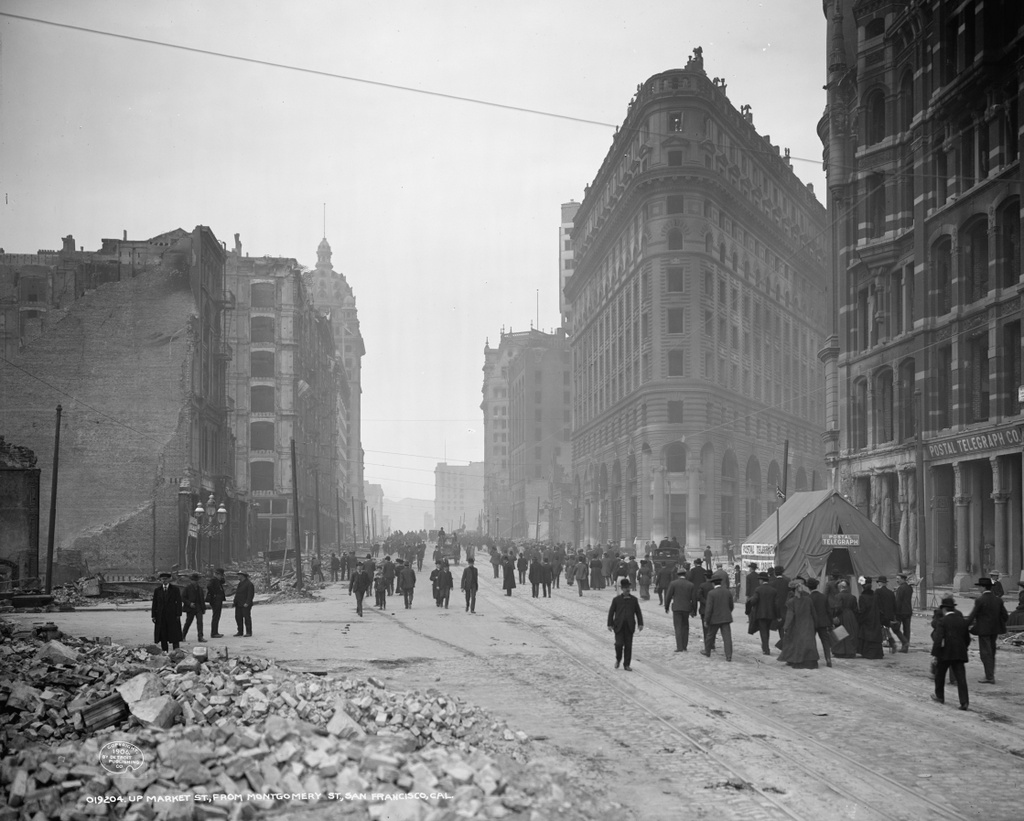 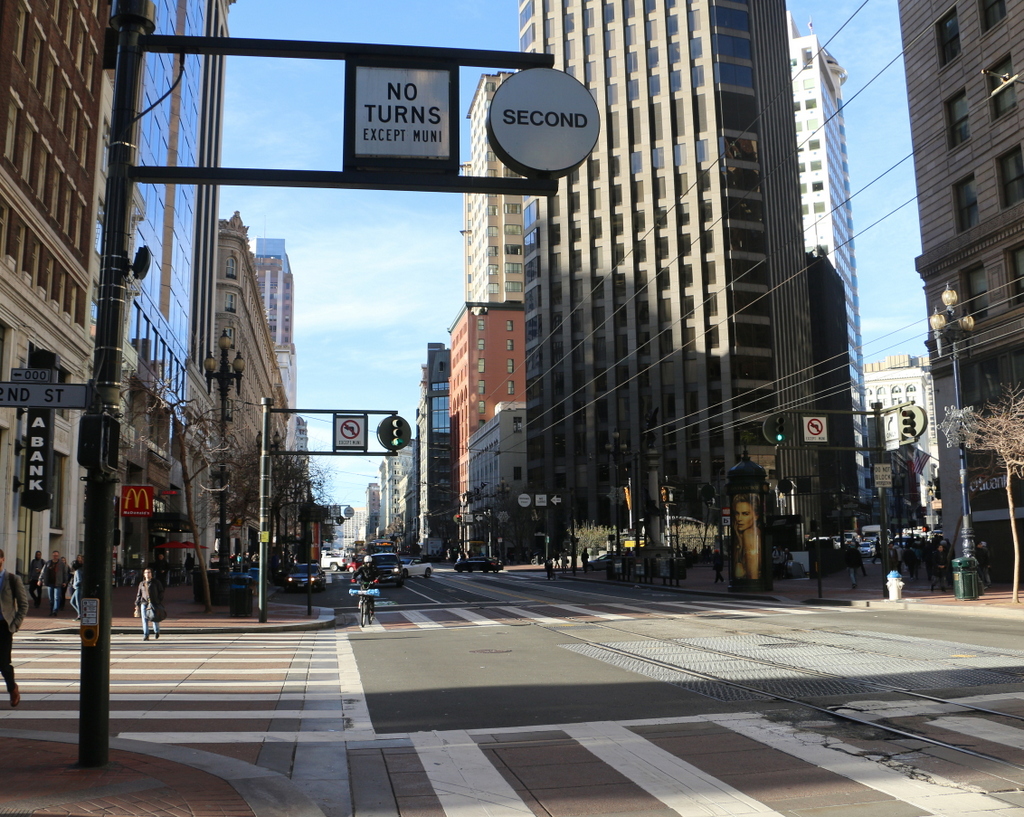 Market Street is one of the main streets in downtown San Francisco, and at the time of the 1906 earthquake there were many important businesses along here. The first photo is undated, but it was likely taken within a week or so of the earthquake, and many of the people on the crowded street were likely surveying the damage for the first time. Walking along here, they would have seen a number of buildings that had either been destroyed by the earthquake itself or gutted by the fires that raged throughout the city for several days afterward. Many of these were subsequently demolished, including the Palace Hotel in the distance on the left. This prominent hotel was destroyed in the fires, and its replacement is still standing on the site today. Other displaced businesses included the Postal Telegraph Company, whose building on the far right was destroyed. When the photo was taken, the company was operating out of a tent, as seen in front of the building.

However, some of the buildings from the first scene are still standing today, although they have since been dramatically renovated. Nothing in the foreground survives, but the Call Building in the distance on the left, which was at the time of the earthquake the tallest building west of the Mississippi River, was repaired and later renovated as the Central Tower. On the right side, two historic buildings are still standing, including the red-brick Chronicle Building in the center of the photo. However, just about all that is left of the original building is the exterior facade, as the interior has been completely gutted by both the fires and by subsequent renovations over the years, including the addition of a tall tower on top of the 1890 structure in 2007. The last historic building in this scene is barely visible just beyond the Chronicle Building. Built in 1902, the Mutual Savings Bank Building survived the earthquake, and despite an addition in 1964 the original building is still standing today.